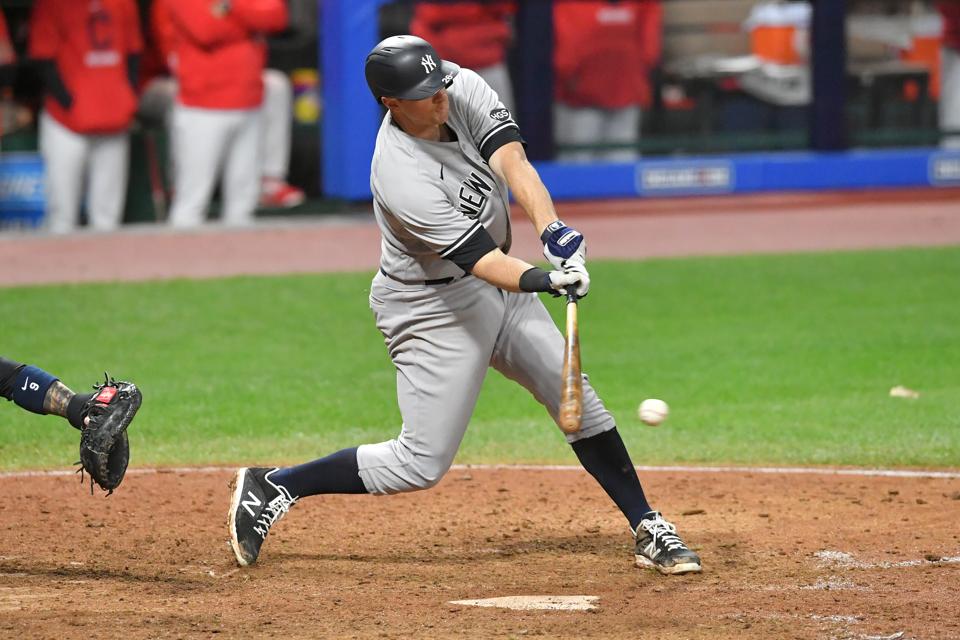 CLEVELAND, OHIO – SEPTEMBER 30: DJ LeMahieu #26 of the New York Yankees hits a single during the … [+] ninth inning of Game Two of the American League Wild Card Series against the Cleveland Indians at Progressive Field on September 30, 2020 in Cleveland, Ohio. The Yankees defeated the Indians 10-9. (Photo by Jason Miller/Getty Images) 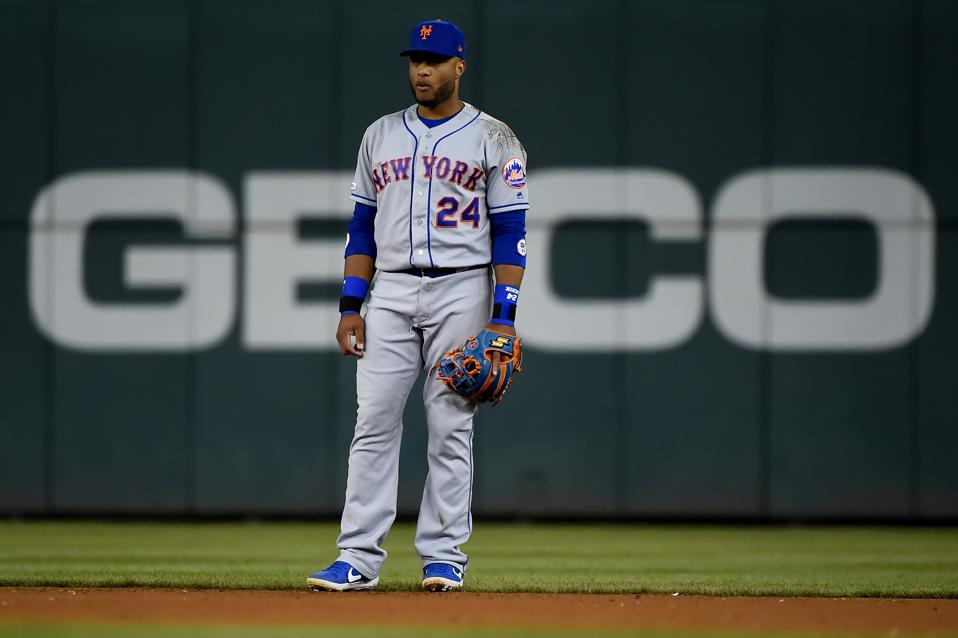 WASHINGTON, DC – MAY 15: Robinson Cano #24 of the New York Mets looks on during the game against the … [+] Washington Nationals at Nationals Park on May 15, 2019 in Washington, DC. (Photo by Will Newton/Getty Images)

Until Tuesday afternoon when he was suspended for a full season for testing positive for the performance-enhancing drug Stanozolol, Robinson Cano was slated to be paid $24 million to play second base and possibly be a designated hitter for the New York Mets.

It is the same salary DJ LeMahieu made (before the 2020 prorated contract due to the COVID-19 pandemic) when he signed a two-year contract with the Yankees in Jan. 2019. And based on the last two seasons, LeMahieu is high up in the free agent rankings and the Yankees already could face enough competition for his services.

And with the Cano news coming at a time when LeMahieu remains unsigned, it is logical to think the Yankees might have more competition for LeMahieu’s services with the Mets, who are now owned by billionaire Steve Cohen.

While the Mets may not formally get involved and focus on George Springer and Trevor Bauer, it is likely LeMahieu’s agent may seek out the Mets, who possibly could give him a contract offer. The next contract will likely be more than the $24 million from LeMahieu’s last contract and in fact it is plausible to think the major league batting champion from the truncated 60-game season gets that figure as a yearly salary.

All indications seem to point LeMahieu in the direction of returning to the Yankees, especially if the basis is public comments by LeMahieu and Luke Voit.

On Monday, Voit was a guest on the YES Network’s Hot Stove Report and said he had a gut feeling LeMahieu was going to return.

Voit’s comment occurred three days after LeMahieu professed his enthusiasm for his two years with the Yankees.

“I enjoy it,” LeMahieu said. “Every game feels like a big game.”

Those were LeMahieu’s words on the same night he placed third in the AL MVP race to Jose Abreu and Jose Ramirez. It is an award he might have won if not missing 10 games with a thumb injury in August, but anyone who has watched the Yankees closely for the past two years knows LeMahieu is their MVP, especially with how often his teammates have landed on the injured list.

So far, the Yankees have played it close to the vest in any public comments, though recently Michael Kay reported LeMahieu is seeking five years while the Yankees prefer three years.

“I think I wouldn’t be doing my job if I didn’t recognize what a contribution he made to the club and how good of a player he is,” Steinbrenner said on “The Michael Kay Show” on ESPN Radio last month. “I recognize both those things. I’ll leave it at that.”

The Yankees were proven smart when they did not retain Cano following the 2013 season. Cano got a 10-year deal from the Seattle Mariners, while the Yankees spent the money on Brian McCann, Carlos Beltran, and Jacoby Ellsbury, moves that had mixed results and ultimately forced the Yankees into a re-tooling of the roster.

LeMahieu quietly entered the scene two years after the rebuild had been deemed successful, signing his contract in the same offseason Bryce Harper went to Philadelphia and Manny Machado went to San Diego.

Coming off a .278 average with Colorado, LeMahieu finished second in the AL batting race to Tim Anderson by batting .327. He was flirting with .400 before getting hurt and ended with a .364 average before getting the tiebreaking hit in Cleveland to send the Yankees to the ALDS.

Since the season ended, the Yankee priority has been retaining LeMahieu and who might they compete with. Now would be the time to accelerate their negotiations before a new competitor with a sudden influx of cash enters the fray to fill a need.