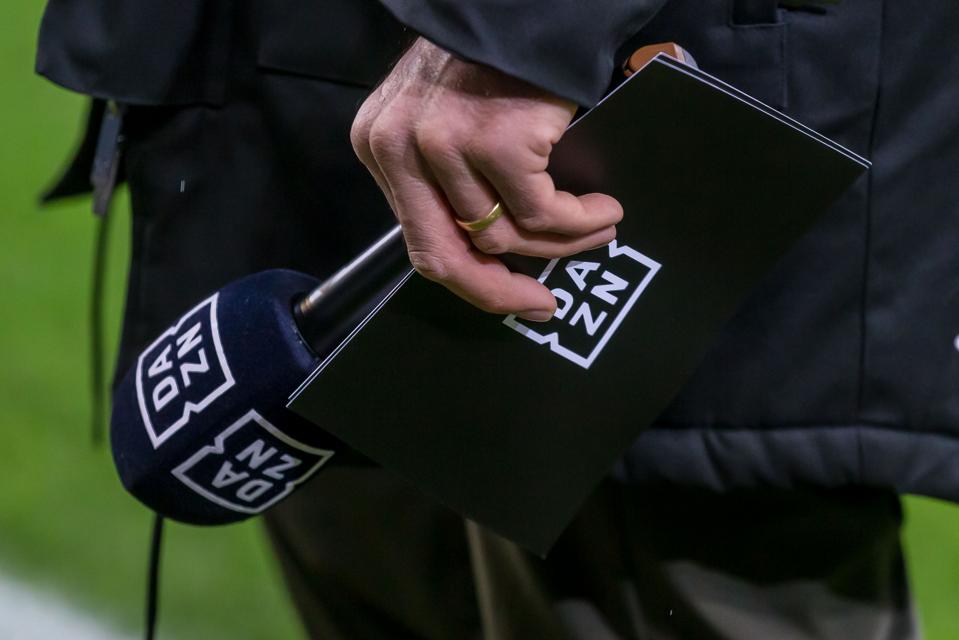 DAZN Logo on the microphone is seen during the Bundesliga match between TSG 1899 Hoffenheim and … [+] Borussia Dortmund at PreZero-Arena on December 20, 2019 in Sinsheim, Germany. (Photo by TF-Images/Getty Images)

At face value, the decision by DAZN to enter into a resale agreement with a Pay-TV operator and to launch a linear channel is a strange move. After all, the sports streaming service prides itself on its disruptive direct-to-consumer (D2C) model and once had the ambition of being ‘Netflix for Sports’.

But these days, DAZN is more pragmatic. The company’s rapid expansion has been tempered by the impacts of Coronavirus and after restructuring and refinancing, there is a focus on doubling down in key markets and launching the long-awaited international service.

Germany is now arguably DAZN’s most important territory after major rights wins for Bundesliga and UEFA Champions League Soccer. However, many sports fans are either unwilling to subscribe to an OTT service or are unable to do so because of their set-top box or broadband connection.

There is a desire to get DAZN into as many homes as possible and if that means making concessions, then so be it. It’s a path that the company has pursued in Italy and one it is prepared to go down in Germany.

Vodafone TV customers can now add DAZN to their monthly bill for an additional €9.99 a month. The subscription includes access to the DAZN application and to two TV channels. Unlike a direct subscription with DAZN, there is a minimum 12-month contract.

Whereas Netflix’s decision to launch a channel in France is designed to cope with choice paralysis, DAZN’s is motivated solely by availability. DAZN is adamant that its application is the only way to get the most out of a subscription as two linear streams cannot accommodate its wide array of live events and on-demand content.

There are other downsides. Invariably there are additional costs with the operation of a TV channel such as editing and the acquisition of a channel number on the electronic programming guide (EPG). DAZN also has less visibility over who is viewing its content and what they are watching. For a data-driven business, this is far from ideal, but it’s a concession DAZN is prepared to make for the time being.

Although DAZN and streaming services might, in the long run, pose an existential threat to Pay TV providers there is a willingness on both sides to collaborate. DAZN can generate more subscriptions through a resale agreement, while TV platforms benefit from additional content.

However Ben King, the firm’s Chief Subscription Officer, says the preferred method is to make the DAZN app available on a set-top box. 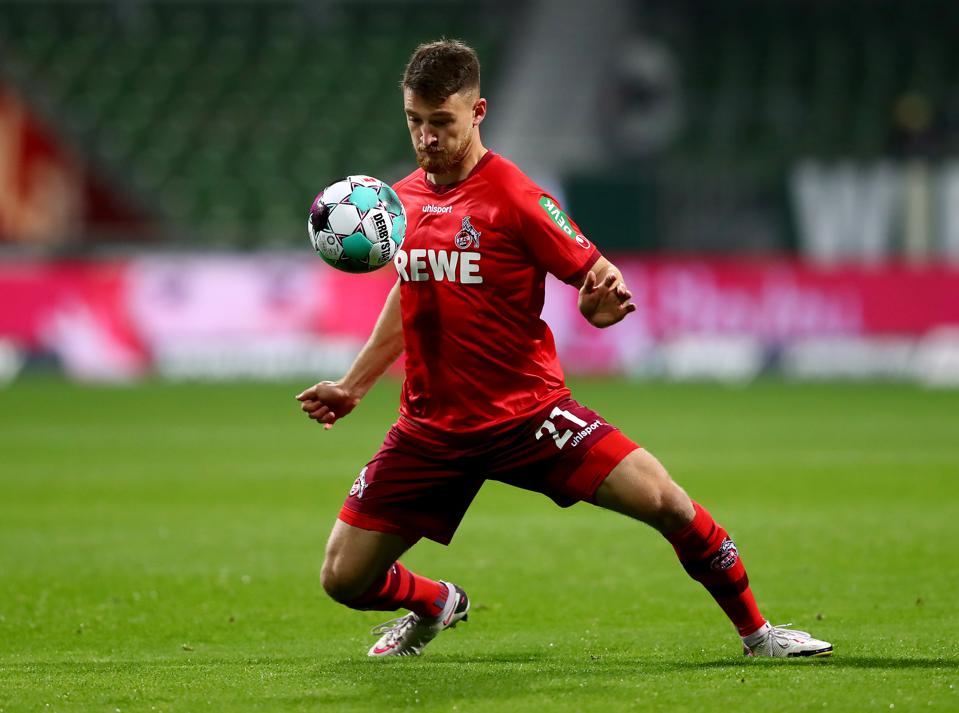 Salih Özcan of Koeln runs with the ball during the Bundesliga match between SV Werder Bremen and 1. … [+] FC Koeln at Wohninvest Weserstadion on November 06, 2020 in Bremen, Germany. (Photo by Martin Rose/Getty Images)

“Linear channels don’t make any improvement on the customer experience,” he tells me. “We expect set-top box technology to advance over the next few years to the point that linear channels are unnecessary. I see this as a bridging technology.”

“We’ve seen the mass adoption of OTT services, led by Netflix and Amazon Prime AMZN , but we’re not yet at a stage where everyone’s got rid of their Pay TV subscription. We’re operating at a stage of hybrid consumption and over the past few years, OTT and Pay TV providers have started collaborating, mainly through the addition of applications to set-top boxes. Virgin Media was a very early mover and Sky have started doing this with Sky Q. This is a trend we expect to continue.”

“From a pay-TV perspective, it is important to act as a super aggregator of premium experiences. Otherwise, viewers will use a streaming stick, a smart TV or a games console.”

DAZN has so far launched a service in eight other countries – Austria, Brazil, Italy, Japan, Spain, Switzerland and the U.S. Its strategy so far has been to target markets ripe for disruption, where attractive rights are available, and where broadband and mobile connectivity is sufficient to support its platform.

While the scale of this expansion has slowed, the launch of an international service is imminent. Boxing will provide the basis for the service, building on relationships DAZN has built in the U.S. The first live event will be broadcast on December 1st across more than 200 countries and territories.

Resale agreements, linear TV channels and partnerships would be a sure-fire way to expand reach and increase awareness. In the U.K., for example, the pay-per-view model for boxing is a tried and trusted business model that supports three ventures (Sky Sports, BT Sport and ITV), while there is a dedicated channel called BoxNation.

Boxing fans are willing to pay for major events and DAZN’s subscription offer would be cheaper than many pay-per-view bouts.

King is open about the possibility of working with the major platform holders in the U.K. to make its app available, noting that it works with Sky in Italy and with Sky’s parent Comcast CMCSA in the U.S. However, he says there is nothing in the pipeline.

“We think the UK is in a pretty advanced state [when it comes to set-top boxes],” says King. “We don’t see a need to impose a linear TV channel. But [partnering with Sky] would not be outside our playbook.”