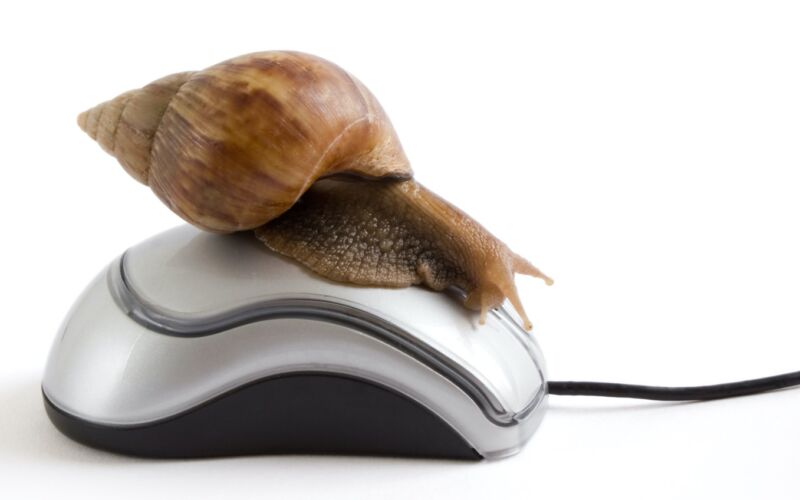 Millions of Americans live in broadband deserts with no access to anything resembling modern Internet service. But few people have it as bad as those who must rely on AT&T’s ancient DSL network.

Kathie McNamee of Raymond, Mississippi is one of those unlucky AT&T DSL customers. McNamee said she pays AT&T $35 a month for a 768kbps Internet plan that rarely works well enough to be usable for her, her husband, and two teenage sons. McNamee contacted Ars after reading a story about AT&T incorrectly claiming that certain homes in Mississippi had access to broadband when in fact AT&T isn’t capable of providing service to those addresses.

AT&T has received over $283 million from the Federal Communications Commission since 2015 to extend home-Internet service to over 133,000 potential customer locations in Mississippi. AT&T says it will exceed that requirement by the end-of-2020 deadline, but the company’s mapping mistakes have led to unpleasant surprises for customers who thought they’d get modern broadband.

McNamee and her husband bought their house about two years ago. She told Ars that AT&T told them in advance they could get U-verse Internet service of about 5Mbps. That’s slow by modern standards, but it would have been a lot better than what AT&T ultimately provided.

“The technician comes out here and he’s doing his thing and he said, ‘first of all, you’re not eligible for U-verse. It doesn’t exist out here,'” McNamee told Ars. “Looking at the tests he was running, he said, ‘you’re not going to get 5Mbps. I don’t even know why they would sell you that.’ He said, ‘you’ll be lucky to get 1Mbps.'”

That’s because the old telephone lines leading into McNamee’s house are too far from AT&T nodes to qualify for fiber-to-the-node service that provides faster speeds than basic DSL.

“I called AT&T and went around and around with them selling me something that wasn’t available,” McNamee said. “They had me on their map as eligible for all of these things, but I’m not eligible. [I told them], ‘I need you to change your map because I know you’re taking federal funding and saying you’re servicing all of these places and yet you’re not able to.'” The AT&T map was later changed—typing McNamee’s address in AT&T’s online service checker tool now brings up a message that says no Internet service is available at the house.

Coping with horrible Internet service has been challenging, especially during the pandemic. AT&T DSL is so inconsistent that the family rarely even uses it for basic tasks like Web browsing, McNamee said. “I want a home security system or maybe a garage door I can remotely open in case I or my children get locked out,” but the Internet connection isn’t good enough, she said.

Even AT&T cellular service is unreliable at their house, McNamee said. “It has to be crystal clear outside, no rain, no wind, no anything, and from time to time we can use” AT&T phones as mobile hotspots, she said.

McNamee’s husband sometimes has to drive 50 miles to work during the weekend to take care of things that could be handled at home if they had a good Internet connection, she said. Their teenage sons have similar problems with completing homework. Even sending emails from home is dicey, which has resulted in problems at school when emailed assignments weren’t received.

“If they have to use a computer, my oldest daughter lives in Madison County and they have [Comcast] Xfinity, and so I take [my sons] to her house for the day and let them do anything that requires actual computer work. They can do their work there and email it from there,” McNamee said.

Stories of children sitting outside schools, libraries, and McDonald’s stores to use Wi-Fi have been common during the pandemic, and McNamee’s area is no exception. “There were children who would go to the school and actually sit in the parking lot” to use Wi-Fi, she said.

Netflix and other streaming services don’t work at their home, she said. McNamee said they pay about $250 a month for DirecTV’s satellite video service, which is also owned by AT&T.

McNamee’s house is about three-tenths of a mile from the nearest state highway, MS 18. “There’s 12 houses on our street. It is rural for the most part but we’re not secluded in a hole somewhere,” she said. Raymond has about 2,500 residents.

“We are not asking for 5G, New York or California coverage, but decent service so our kids can do school work at home,” she said.

McNamee also tried to get AT&T’s fixed-wireless service, which the company is using to meet the network-expansion requirements it agreed to in exchange for FCC funding. But their home is too far from AT&T’s cellular tower to get the wireless-home Internet service, McNamee said. McNamee said that neighbors she has spoken to are similarly frustrated by the lack of broadband availability. AT&T DSL is “the only thing that’s available… every one of us has the same issue,” she said. 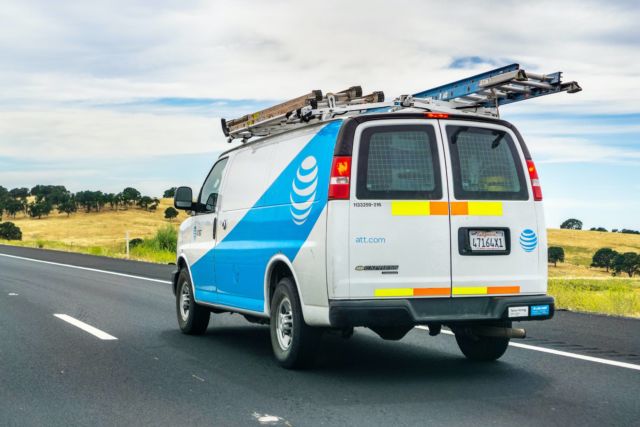 We asked AT&T why McNamee was apparently given false information about the speeds available at her house.

“We looked into this customer’s address and 768kbps is the correct speed based on the technology available at this location. We don’t know why another speed would have been mentioned—we are careful to accurately convey the speeds available for an address,” AT&T said.

We also asked AT&T if there’s any chance of providing faster speeds to McNamee’s road or at least fixing the service enough so that it works consistently. AT&T did not answer that question but provided this statement touting its broadband deployments:

We are proud to provide service to customers across Mississippi and understand the importance of keeping our customers connected during this difficult time. We continually invest to improve and enhance our networks, and we are focusing on more advanced, higher speed technologies such as fiber and wireless. In fact, we invested nearly $750 million in our Mississippi networks over the last 3 years (2017-2019). As we continue to expand our network, more of our customers will have access to higher speed broadband, whether provided over our wireless network, our traditional fiber network or a combination of both.

AT&T, which has mostly halted fiber-to-the-home deployments, has been cutting network spending and laying off thousands of technicians despite promising to use a corporate tax cut to create thousands of new jobs.

Last month, AT&T announced that it no longer offers DSL to new customers. That probably means if McNamee and her husband sold their house, new occupants would not be able to purchase AT&T Internet. It also likely means that AT&T will never make any substantial upgrades or fixes to McNamee’s service. An internal memo to AT&T technicians said that DSL customers “will not be able to perform service changes after September 30, 2020 as that service is Grandfathered.”

The no-new-customers policy applies to 13.9 million households in AT&T’s 21-state service area, according to the Communications Workers of America (CWA), a union that represents AT&T employees. The maximum download speed that AT&T DSL provides to these homes is 6Mbps, but McNamee’s experience is a reminder that even 6Mbps is far out of reach in parts of AT&T DSL territory. The Federal Communications Commission standard counts 25Mbps downloads and 3Mbps uploads as “advanced” broadband, but that standard is nearly six years old and has been criticized by consumer advocates who say it is no longer fast enough to be considered modern broadband.

AT&T is still accepting new customers for its more modern VDSL (fiber-to-the-node) service that is available at 22.6 million homes in AT&T territory, with speeds up to 100Mbps. AT&T has built fiber-to-the-home, its fastest service, to nearly 15 million households in the US.

Many people in AT&T’s DSL territory can get modern Internet service from cable companies, which is why only 444,000 households in the US still pay for AT&T’s basic DSL. (AT&T has 14.1 million total broadband subscribers including fiber and VDSL.) But cable companies haven’t built out to all the homes in AT&T’s DSL area.

Comcast’s Internet service covers 93.6 percent of the ZIP code where McNamee lives, according to Broadband Now. But McNamee’s address “is nearly two miles outside of our footprint,” a Comcast spokesperson told Ars. “We don’t have plans to build there at this time but we’re always evaluating as you know, and if there were more public/private funds we could revisit in the future.”

C Spire, a fiber Internet provider, covers 33.8 percent of the ZIP code and has been expanding in four rural Mississippi counties with the help of state funding. With that project, the company is expanding service to parts of Raymond but not to the road McNamee lives on, C Spire spokesperson Dave Miller told Ars.

“We’re only building in areas where we can cost-justify it and where there’s interest and demand, and where we can partner, like in this case with the Mississippi state legislature,” Miller said. C Spire will consider more areas after finishing the current buildouts that are slated to be complete by the end of 2020, he said. To gauge interest in possible expansions, C Spire depends partly on people in unserved areas filling out a form on the company website.

The Comcast and C Spire webpages for checking broadband availability both confirm that no service is available at McNamee’s address. Given the lack of wireline broadband, SpaceX’s Starlink satellite service may fill the gap in McNamee’s neighborhood eventually, but Starlink is in the beta stage and is so far limited mostly to the Northern US.

The CWA union and consumer-advocacy groups such as Public Knowledge urged the FCC to investigate AT&T’s decision to phase out DSL. While AT&T continues to provide DSL to existing customers like McNamee, these families are in a precarious position as users of a network that AT&T has done little to maintain.

“Without further investigation by the Commission, it is impossible to know with certainty how many of these households will have no other fixed, terrestrial broadband connection once AT&T shuts off its DSL network,” the groups said in a filing last month.

The same problem will hit customers of other phone companies that phase out DSL without upgrading customers to fiber-to-the-home or at least fiber-to-the-node. “The number of disconnected DSL subscribers with no fixed terrestrial alternative will likely grow into the millions as AT&T and other DSL carriers phase out DSL,” the groups wrote in their filing. They added that, based on FCC data, “the households most likely to be impacted are the most rural and poorest, making the loss of reliable broadband particularly painful.”

Disney Will Lay Off 32,000 Workers As Theme Parks Face

Christmas In Europe: Will The Season Be Rescued From Covid-19’s