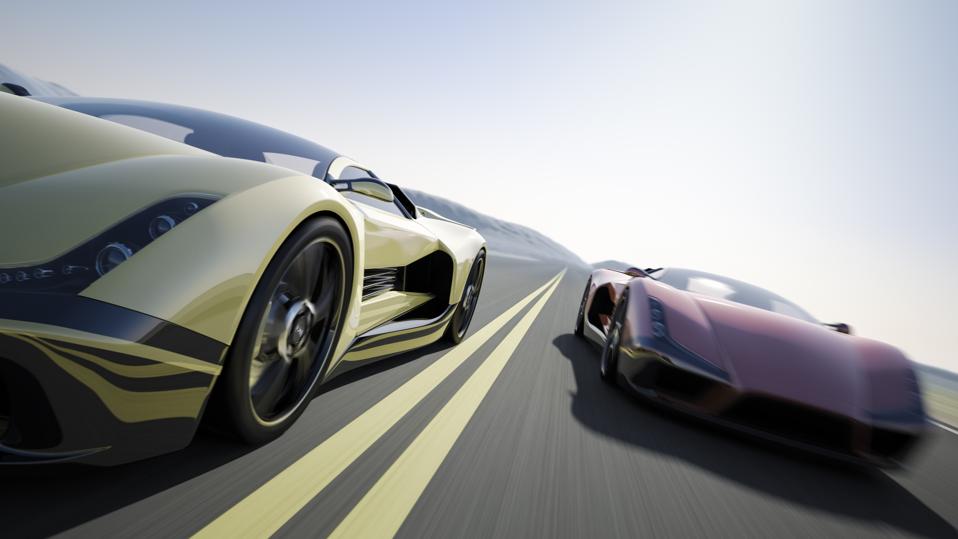 Two sports car racing on the open road. The cars are designed and modelled by myself. Very high … [+] resolution 3D render composite. All markings are ficticious.

James Bond. Dominic Toretto. Furiosa. Mad Max. “Popeye” Doyle. Batman. Jason Bourne. These characters have all been part of some amazing car chases over the years.

But…which car chase reign supreme? Which one was truly the most pulse-pounding? Which car chase was so exciting that it raised our collective heart rates more than any other scene in movie history?

Well, now science has an answer to that question.

According to a study from money.co.uk study, the most heart-racing car movie of all time is Mad Max: Fury Road. The research group determined this by hooking up 100 volunteers to heartbeat monitors and tracking their pulses while they watched several different films.

The study also found several other noteworthy results, as seen in this chart: 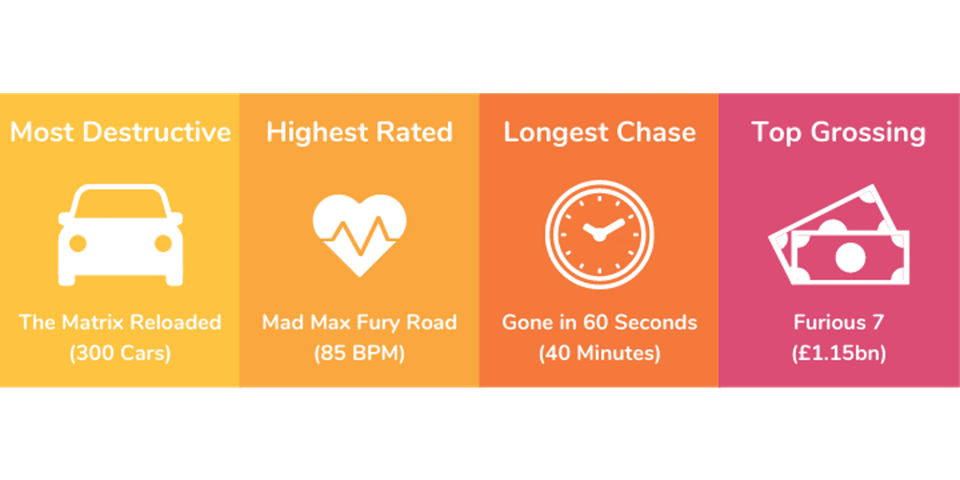 Some interesting stats about famous car chase scenes from a money.co.uk study.

For each study participant, the research team compared the average BPM (beats per minute) from several different car chase scenes to the test group’s average resting heart rate (which was around 64 BPM).

“To make things fair for movies that aren’t action packed all the way through,” the study notes, “in each case we only counted the average BPM for the car pursuit scenes within a movie towards the film’s overall score, not the entire film.”

Here’s Every New Movie Coming To Amazon Prime This Weekend

After this extensive study, the research team found that Mad Max: Fury Road caused an uplift in BPM of 33%, which represented an average increase in heart rates from 64 BPM to 85 BPM.

The list of films that rank just behind Mad Max: Fury Road should be pretty familiar: Ronin, Baby Driver and two of the Fast & Furious franchise films.

Here’s the full list of the 20 most pulse-pounding car chases of all time: 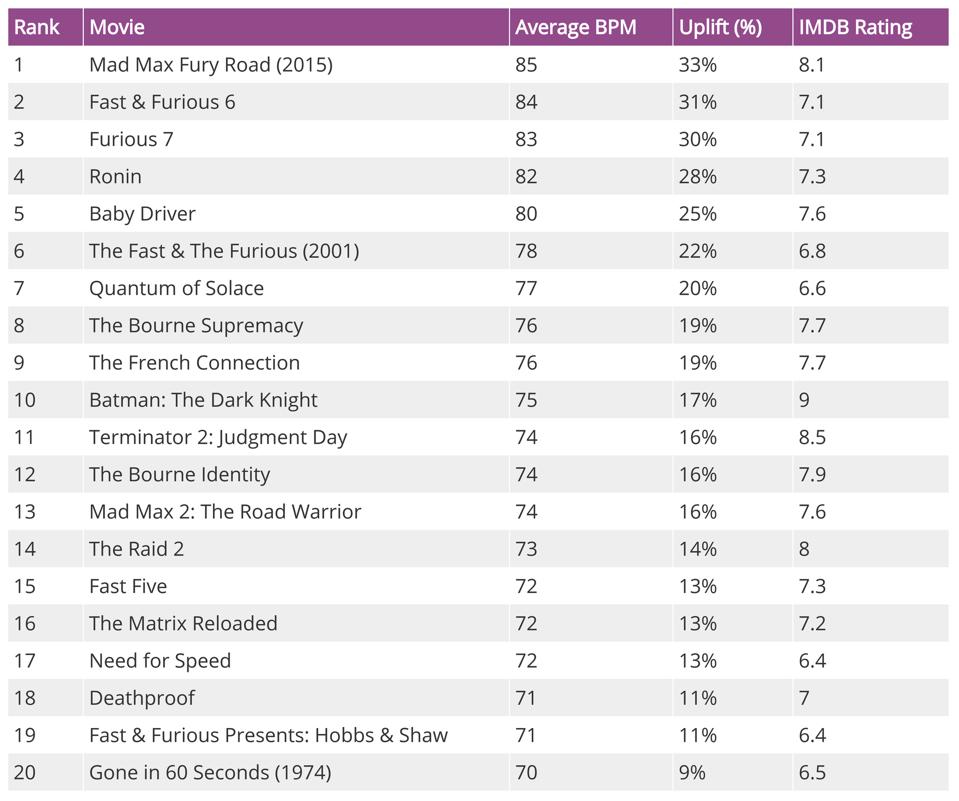 The top 20 most exciting car pursuits in movie history, according to a money.co.uk study.

As you can see, five different Fast & Furious movies made the cut, as well as two Mad Max films and two Bourne entries.

Other notable films from this list included The Matrix Reloaded, which owns the unique (and perhaps dubious) distinction of being the most destructive car scene in movie history. The filmmakers alleged that 300 different vehicles were used to shoot the exhilarating highway scene that ranks 16th on this list.

While some action aficionados might be disappointed that classic chase scenes from films like like Bullitt, The Rock, The Italian Job and Smoky & The Bandit did not make the list, 1974’s Gone in 60 Seconds did break in. That movie happens to feature the longest chase scene on the list, clocking in at 40 minutes.

Other iconic chase scenes that have stood the test of time included Ronin (1997), Terminator 2: Judgment Day (1991) and the oldest film on the list, The French Connection (1971).