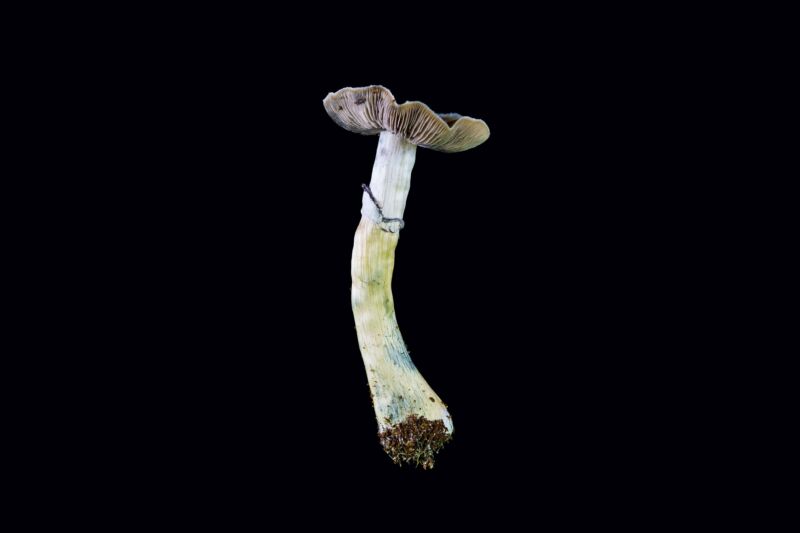 As election night ended in the United States, people went to bed still wondering who had won the presidential race, which party would control Congress, and what the future held. But one subject unified the electorate with unexpectedly decisive consistency: drugs.

When asked to relax laws around the use of psychoactive substances, voters said yes, whether they were in the reddest red states or the bluest blue. New Jersey, Arizona, and Montana all voted to legalize recreational cannabis. Mississippi voted to legalize medical marijuana, and South Dakota legalized both recreational and medicinal uses of weed. “Whenever drug reforms were on the ballot, they won quite handily,” says Leo Beletsky, an epidemiologist and the faculty director of Northeastern University’s Health in Justice Lab. “That shows a hunger for major shifts and reforms across party lines.”

People want a truce in the War on Drugs. Cannabis has been rebranded as a wellness panacea. Mushrooms and MDMA are making headlines as therapy tools, not party fuel. And as the overdose crisis continues, it is ever more apparent to a growing swath of the country that threatening to jail drug users doesn’t reduce drug-related death rates or help families struggling to save their loved ones. Instead, it disproportionately hurts Black communities.

What once sounded like progressive pipe dreams—decriminalize it, legalize it!—is now increasingly interpreted as simple common sense, and not just when it comes to cannabis. “There’s a disconnect between what the voters want and what the legislators are comfortable with,” Beletsky says. In other words: voters are far more progressive on this particular issue than their congressional representatives. (Even cannabis remains federally illegal.) On Tuesday, Washington, DC, voted to decriminalize psilocybin, and Oregon’s voters approved two landmark reform measures—Measure 109, which legalizes psilocybin therapies, and Measure 110, which decriminalizes personal possession of drugs, including cocaine, methamphetamine, and opioids.

“What passed in Oregon was historic,” says Beau Kilmer, director of the RAND Drug Policy Research Center. “A lot of other states are going to pay attention to how this plays out.”

Following the passage of Measure 110, people found with illegal drugs in Oregon will be asked to complete a health assessment with a certified drug and alcohol counselor, or to pay a $100 fine—but they will not face criminal charges. The measure draws funding for its increased treatment options from state cannabis tax revenue, as well as projected savings from reduced arrests and incarceration. In essence, it reimagines the entire state’s response to drug issues, making it a public health matter, not a criminal justice one.

Drug policy reform advocates are heartened by Oregon’s substantial shift away from punishment. “This puts resources and funding into things that work—evidence-based treatment, as well as housing and harm reduction,” says Kassandra Frederique, the executive director of the drug reform nonprofit Drug Policy Alliance, which led contributions to the “Yes to 110” campaign. “We have always advocated for replacing criminalization with a health-centered approach.”

On the ground in Oregon, some people who work in addiction treatment are also elated. “This is a huge public health win,” says Andrew Seaman, a Portland, Oregon-based addiction medicine researcher. Seaman sees decriminalization as a change that could help on several fronts of the ongoing overdose crisis. Studies indicate that opioid users who are incarcerated are far more likely to fatally overdose shortly after being released than the general population. Not putting drug users in jail for possession, Seaman says, will reduce their likelihood of going through withdrawal and then overdosing when they get out. He also believes that decriminalization will reduce stigma surrounding drug use, encouraging people to more openly and proactively seek treatment.

This reduction of stigma is especially important in normalizing medication-assisted treatments (MAT) like buprenorphine. A growing body of evidence suggests that MAT are more effective than abstinence-only approaches to drug use disorders, but they are still sometimes dismissed as a crutch, a swapping of one vice for another. (In 2017, more than 700 researchers signed an open letter to former Secretary of Health and Human Services Tom Price after Price criticized MAT in this way.) And while the decriminalization of all drugs may sound like an extreme step to Americans raised on DARE classes and “Just Say No” commercials, there’s ample evidence that it’s a part of an approach to drugs that works. “Look at Portugal,” Frederique says. Portugal, which decriminalized drugs 20 years ago, has reduced its HIV infection rates and drug-related deaths dramatically. Its humane, science-based approach to treatment is often cited as proof that softening drug laws can reduce drug problems.

While the Oregon measure passed with more than 58 percent of the vote, it had fierce critics as well as fervent supporters. Washington County District Attorney Kevin Barton called it a “terrible idea” earlier this year, and suggested it would lead to increased drug use and crime. Meanwhile, other organizations opposed it for not going far enough, like the Oregon Council for Behavioral Health, which supports decriminalization of drug charges, but objected to its plans for funding. Kilmer is eager to study how Oregon’s new policies play out, but believes it’s too soon to tell whether it will be a success in its execution. “It’s hard to predict what the overall effect will be,” he says.

Some experts have stressed that removing criminal punishment is not the be-all, end-all for drug reform. “Decriminalization, I think, is a step in the right direction, but it has to go along with other public health strategies,” Brendan Saloner, an assistant professor at Johns Hopkins Bloomberg School of Public Health, says. “What’s often missed in the conversation about Portugal is that Portugal has a relatively good service model for helping people. A lot of those services are sort of spotty in our country.” Its model worked because it offered comprehensive substance use disorder treatment in addition to decriminalization. Even though most headlines about it will highlight its decriminalization aspect, the success or failure of Oregon’s new drug policy may hinge on whether it creates new routes to receive high-quality treatments.

While there are many unknowns, though, they’re necessary unknowns. It is clear that the prohibition and criminalization of drugs has not made the country safer or healthier. Oregon’s experiment is rooted in evidence and empathy, and could serve as a useful blueprint for other states—or even the whole country. “It would be much better if we had a coordinated national strategy rather than trying to do this piecemeal,” Saloner says. In a nation still starkly divided, perhaps politicians will start noticing how popular this reform movement is, and catch up to their constituents.