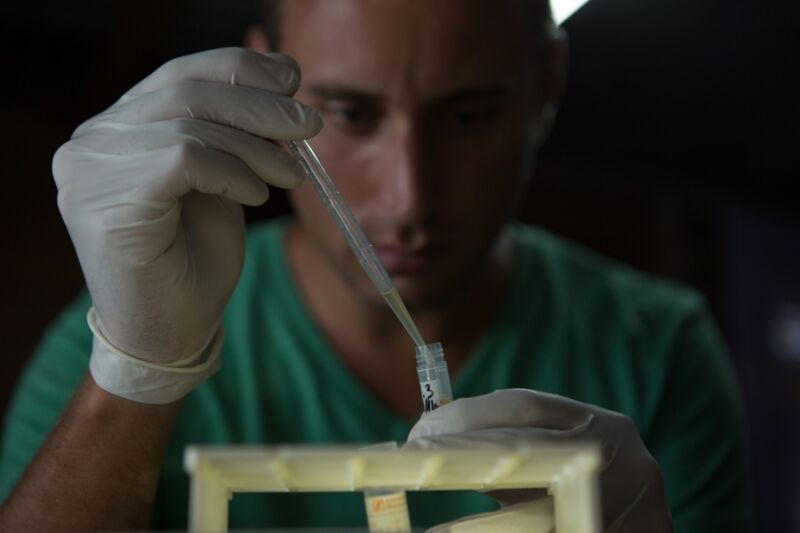 Enlarge / Scientists around the world are working not just to stamp out the current COVID-19 pandemic, but are also racing to prevent an even worse outbreak in the future.

As much damage as the current coronavirus pandemic has inflicted on the world at large—killing over 230,000 American citizens alone so far, and nearly 1.2 million people worldwide—scientists know there are other viruses lurking out there, one of which could be just as contagious as COVID-19, yet much more deadly.  And they know we need to be prepared for such an outbreak.

That’s the central message of Virus Hunters, a new documentary special premiering tonight on the National Geographic channel. The documentary follows award-winning ABC News foreign correspondent James Longman and Harvard ecologist and epidemiologist Chris Golden as they travel to hot spots around the world: Liberia, Thailand, Turkey, and (yes) the United States. It’s a companion piece to a special issue of National Geographic magazine devoted to COVID-19 released in mid-October.

A National Geographic fellow, Golden’s interest in studying the ways in which environmental change affects human health dates back to childhood, when he used to go on nature walks with his mother. “I saw the way that she responded to nature, this connection between mental health and the outdoors, and I ended up pursuing this all throughout my educational experience,” he told Ars. After earning an undergraduate degree from Harvard—creating his own major out of a mix of courses in ecology, medical anthropology, and development studies—he earned his PhD in epidemiology and ecology from the University of California, Berkeley.

Golden’s lifelong obsession with Madagascar—”It all started with a National Geographic issue with lemurs on the cover”—led to that region becoming a central focus of his research, and provided the motivation behind creating the nonprofit Madagascar Health and Environmental Research (MAHERY). Living with local communities, “I began seeing the forest through their eyes,” he said. “I realized that there was such a strong interconnection between the integrity and health of the surrounding environment and the health of local communities.” We sat down with Golden to learn more about his experiences filming Virus Hunters—in the midst of a global pandemic, no less.

Ars: This is an especially timely documentary special, given the current COVID-19 pandemic, but epidemiologists and other scientists like yourself have been warning about these kinds of spillover events for a very long time.

Golden: That’s absolutely right. There have been researchers working at the front lines for decades that have really been invested in characterizing and chronicling all of the types of viruses, bacteria, pathogens that exist within wildlife communities, because they know that these are the exact types of things that could spill over into human populations. COVID-19 isn’t a surprise because this is the exact same way that SARS, MERS, HIV, Ebola, and swine flu started as well. This kind of mechanism for pathogen transmission is nothing new. Even novel corona viruses are things that the Department of Defense and the USDA in the United States have warned about as threats to national security. It’s really just a failure of action and preparation on our side, because we know these threats exist. 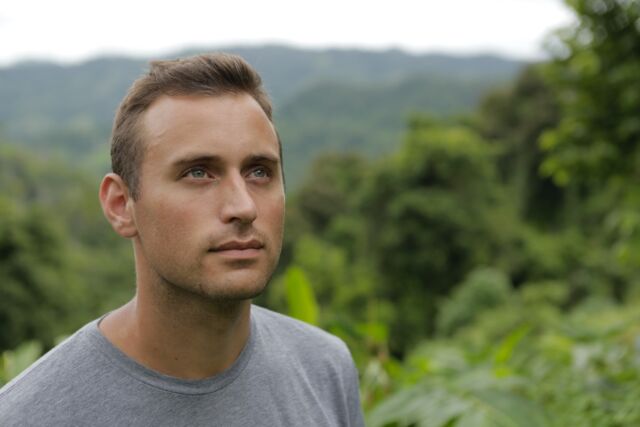 Ars: What was it like filming a documentary about deadly viruses during an actual global pandemic?

Golden: It was very uneasy at the beginning. I mean, I had barely left my condo to even go down the street to the grocery store, by the time I was leaving to film this. Travel is a risk factor, although I don’t think that it as much the top risk factor that we’re facing here in the US. Once we arrived in these places, there were so many better protocols in place. As an example, we arrived in Liberia, and everyone leaving the plane was temperature checked. Everyone was wearing a mask, there were hand-washing stations in front of every building in the entire city, and there was enormous compliance with all of the public health recommendations. This was one of the reasons why they’ve had less than 200 cases in their country since the beginning of the pandemic: they started acting at the end of January. Because of their tragic past experience with Ebola, they knew to take it seriously and they acted appropriately.

Ars: I was struck by just how many viruses with spillover potential seem to stem from bats in particular. Why are bats such major vectors?

Golden: There are really two factors at play. One is that there is slightly more than 6,000 mammal species globally, and one-fourth of those or more are bat species. So even from a statistical probability standpoint, these viruses are more likely to come from bats than any other animals, because there are more bat species than many other broad types of animals. Secondly, from a physiological and evolutionary standpoint, bats are the only mammals who have evolved flight, and through that evolutionary process, they’ve also developed really interesting immune systems that are resistant to viruses in many cases. So this allows for viral replication within their own bodies, and to allow viral spillover to happen without actually damaging them in the first place.

Also, because of the way that they roost, because of the way that they live, their disease dynamics are very easy to spread within their own colonies. You can then have modification or even mutation of viruses or diseases within a bat colony. Bats are also unique from an ecological and behavioral standpoint. They are not animals that live exclusively within a forest or within remote areas. They have adapted quite well to urban living, to living in barns, to living in agricultural fields. And so there’s quite a bit of human interface there. It makes it more likely that a virus can jump from bats to humans.

Ars: Was there anything that particularly surprised you during your travels?

Golden: One of the most surprising days for me was the day that we visited the bush meat market in Monrovia, Liberia. That is a completely different system from the work that I do in Madagascar. I’ve been there 20 years. There’s really no market for wildlife in that country, and going to Monrovia and seeing this incredibly urban area flooded with meat from all other parts of the country—to see all the sellers providing primates or deer or various forms of ungulates and porcupine and cane rats—it was mind-blowing for me to see the extent of species diversity, the demand of people who really wanted to eat this, and all of this being in urban markets. 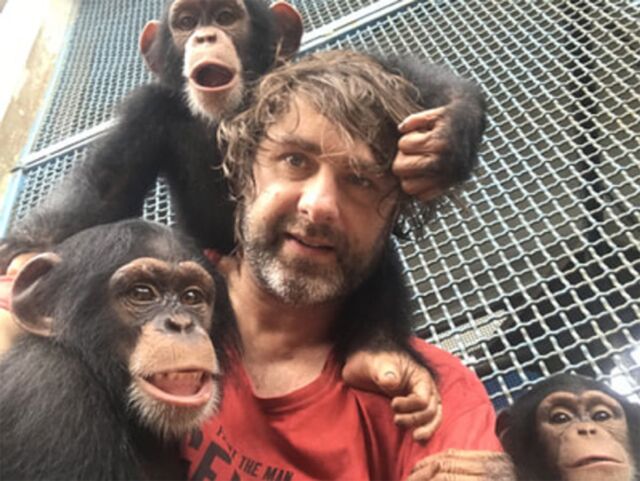 Ars: Watching that segment, I thought about how human behavior and entrenched cultural traditions—even those born out of necessity—can make it more difficult to control the spread of deadly viruses. How does one address those kinds of variables?

Golden: I think that this question is really important, but it has a nuanced answer. In many areas around the world, these types of markets serve a critical food security function. So to disband them, or outlaw them, will have severe ramifications on the health and well-being of local people, both from an economic standpoint and from a nutritional standpoint. They are driven to these activities out of poverty, not because it is a luxury food item or they are trying to make a buck. So to come down hard on bush meat hunting in that type of location will have severe health consequences that could really make a zoonotic disease pale in comparison, in terms of the number of people who become sick or die from nutritional impacts. However, there are lots of places where it is driven by luxury goods, economic demand. In that case, I think you could ban [such activities] without the same sort of ethical consequences.

Ars: In the final segment, you visit Wisconsin and talk to a deer hunter, among others, about how such diseases are just as likely to emerge in the US. There is a tendency among Americans in particular to assume that such risk is limited to foreign countries.

Golden: The decision to include that segment is really driven by the fact that these viruses do not need to pop up in remote or exotic location. They could most certainly happen right here on our own soil. If you look at the 1918 flu, the best possible guess for where that originated is actually in Kansas. It just takes one instance of an animal virus spilling over into humans for it to begin. The entire segment on deer to me was fascinating. It’s a part of America that I have not often gotten the chance to visit.

In Wisconsin, they kill over 400,000 deer each year. That one hunter that we interviewed said he gets roughly 6 deer a year there—maybe 50 pounds each of meat from each, not including entrails, bones, and whatnot. That is 300 pounds of meat, a pound of deer meat a day for his family. That is a major input into his food system. It really mirrors a lot of the work that I’m doing in Madagascar in an almost bizarre alternate universe type of way. It is this cultural connection, this food connection to wildlife. The disease we were looking at wasn’t necessarily one that we were majorly concerned about for zoonotic transmission, but “bush meat” isn’t something that is just happening elsewhere. There is an enormous market and a strong tradition of hunting in our own country.

Ars: The main message of Virus Hunters is that COVID-19, as bad as it is, functions as a wake-up call. There could be an equally contagious, far more deadly viruses lurking out there with the potential to spill over to the human population. Are you optimistic about the future, or does it seem pretty bleak from your perspective?

Golden: I think that in my field, you have to stay hopeful otherwise you’ll get depressed. In the field of conservation biology, you end up writing these obituaries for so many natural systems, pristine systems, and  it gets depressing sometimes. So I really try to stay hopeful that events like this can be transformative, and that we can reorient our society around the things that matter, that we can focus on the health of the planet and the health of people. And that we can harness technology and research for propelling this reorientation.