Univision, which in December completed the sale of a majority stake of the company to the new investor group headed by ForgeLight and Searchlight, today announced changes to its executive leadership team.

The company, now led by CEO Wade Davis, says the changes will “accelerate its leadership position and drive Univision’s transformation for the future.”

Effective immediately, Pierluigi Gazzolo, has been appointed to the newly created role of President of Univision Communications Inc. and Chief Transformation Officer to “drive the next era of growth.” Gazzolo was most recently President of Streaming and Studios at ViacomCBS Networks International. He exited the company in October 2020.

He is joined by Luis Silberwasser, who was named to the newly created role of President of the Univision Television Networks Group to lead Univision’s national TV properties. Silberwasser was Telemundo Networks president until 2018. 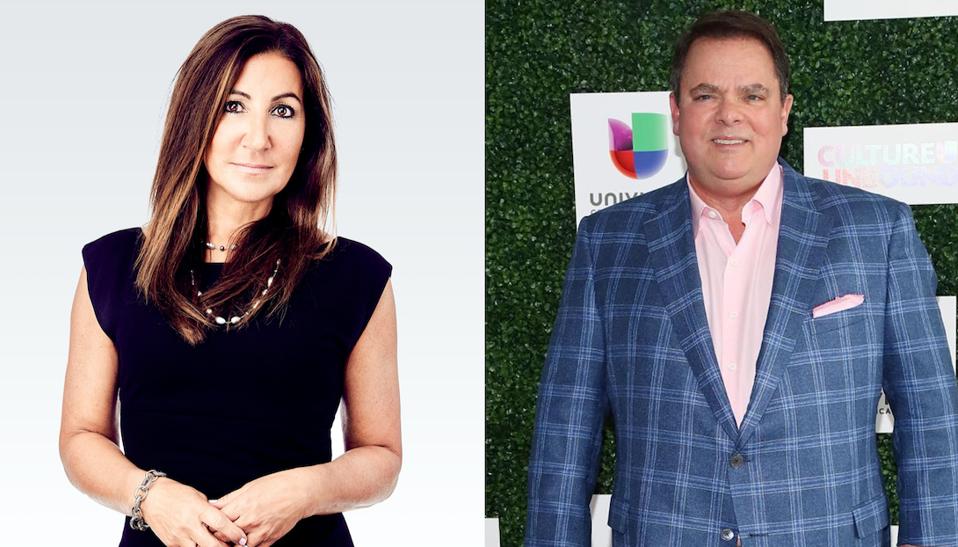 Speciale’s arrival marks Steve Mandala’s exit. Also departing the company is President of Distribution Henry Ahn. Chief Legal and Corporate Affairs Officer Jonathan Schwartz, who joined the company in 2012, will also leave, but will serve in a transitional role as senior advisor to Univision.

Some current execs have been promoted. Among them: Friday Abernethy, who moves up to EVP of Content Distribution and Partnerships.

Adam Shippee is upped to the newly created role of EVP, Corporate Development, Strategy and Transformation and Amy Tenbrink was elevated to EVP & Associate General Counsel, Revenue/Business Development with expanded responsibilities across the Digital business.

It was expected that the new owners would establish their own leadership team.

“Achieving our objectives will require new ways of working together, diversity of perspectives and in some cases new talent and skill sets,” said Wade Davis, CEO of Univision. “Today we are announcing a new, industry leading executive leadership team that exemplifies the traits of innovation, collaboration, inclusivity and accountability that will be central to our transformation. Each of these leaders understand the need to optimize Univision’s core businesses to meet its audience where they are and evolve its content, platforms and products to reach the market in new ways.”

The incoming leadership has extensive experience in international media. While at VCNI, Gazzolo oversaw the launch of Paramount+, Pluto TV Latino, targeting the U.S. Hispanic market and expanded Pluto TV internationally. He was also responsible for the acquisition of Telefé and Porta dos Fundos which led to the launch of Viacom International Studios (VIS), a division that saw its revenues grow by 57% in 2019.

Silberwasser will bring with him insights from his time at rival Telemundo, where he is credited for leading the transformation of the network, changing the programming strategy and improving its ranking in the television space, making it No. 1 in primetime for the first time in its history – a spot it lost after his departure in 2018.

The new owners started the leadership change even before the sale was completed. In November, Univision appointed new members to its board of directors that included Marcelo Claure, CEO of Softbank Group International, Oscar Muñoz, Executive Chairman of United Airlines and María Cristina “MC” González Noguera, SVP of Global Public Affairs for The Estée Lauder Companies.

As part of the changes, some stations in the local television group have been impacted. The company has confirmed there were layoffs in New York, Miami and Houston.

The last decade has been a tumultuous one for Univision. It saw an erosion of viewers, falling off its No. 1 perch to competitor Telemundo in primetime. It suffered multimillion dollar losses, fueled in part by veering off course from its Spanish-language media mission, with the misguided acquisition of the Gawker sites and launch of the failed Fusion, which initially started with a good concept but had a disastrous execution.

The media company went through a series of management changes, restructuring and massive nationwide layoffs. And, of course, failed attempts at an IPO as the previous owners sought to extricate themselves from their investment in the company. Randy Falco exited the company in 2018 and Vince Sadusky took over during a transition period that let to cleaning up unsuccessful initiatives, executing the sale of English-language Gizmodo Media Group (formerly Gawker) and The Onion digital sites and looking for new investors, bringing the company back to its original Spanish-language content strategy.

The new appointments seem to be very strategic. It remains to be seen how quickly they can boost Univision’s performance and if there are plans to beef up its original scripted content for international distribution that could lead to potential for new revenue streams – an area in which both Gazzolo and Silberwasser have broad experience.

For CEO Wade, the new leadership comes down to this:  “Today begins a transformation for Univision.”