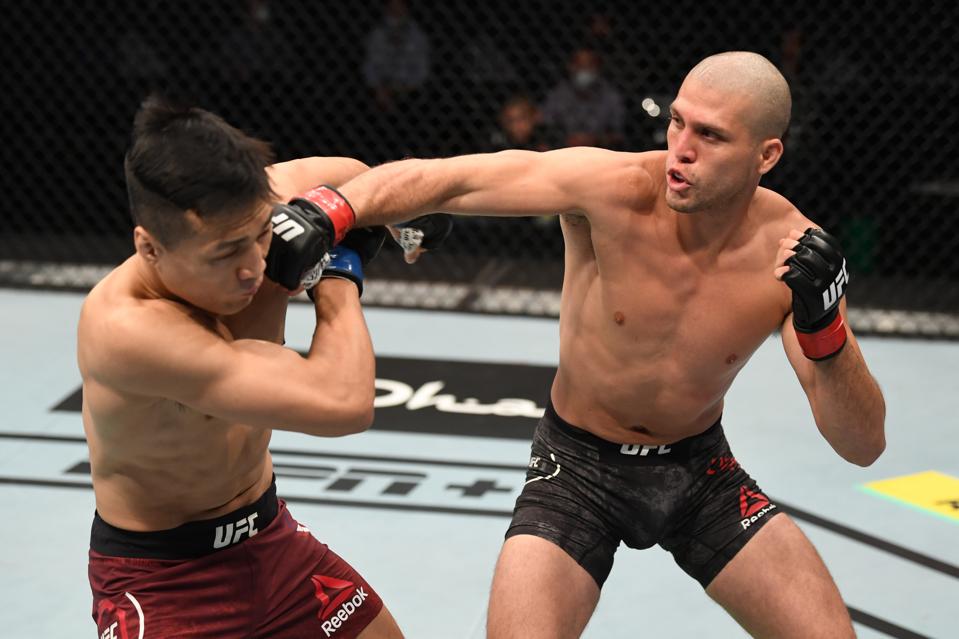 Brian Ortega made a statement last night when he scored a unanimous decision win over Chan Sung Jung, who is better known by his nickname, “The Korean Zombie.”

Ortega was out of action for nearly two years. Max Holloway dominated their 2018 matchup. Holloway left the cageside doctor no choice but to wave off that bout before the start of the fifth and final round due to the damage that had accumulated on Ortega’s face.

Injuries and the COVID-19 pandemic kept Ortega out of the cage until last night. Je looked like a different fighter against Jung. Ortega looked like a true mixed martial artist against Jung and not like a grappler who used his jiu-jitsu skills more than his striking.

According to UFC president Dana White, the win should get Ortega a title fight against current featherweight champion Alexander Volkanovski.

Speaking of title fights, former UFC strawweight champion Jessica Andrade might have punched her ticket to a flyweight title fight against Valentina Shevchenko with a TKO win over Katlyn Chookagian.

Not Bad For Short Notice:

A Finish In The Second Round:

That Did Not Take Long: