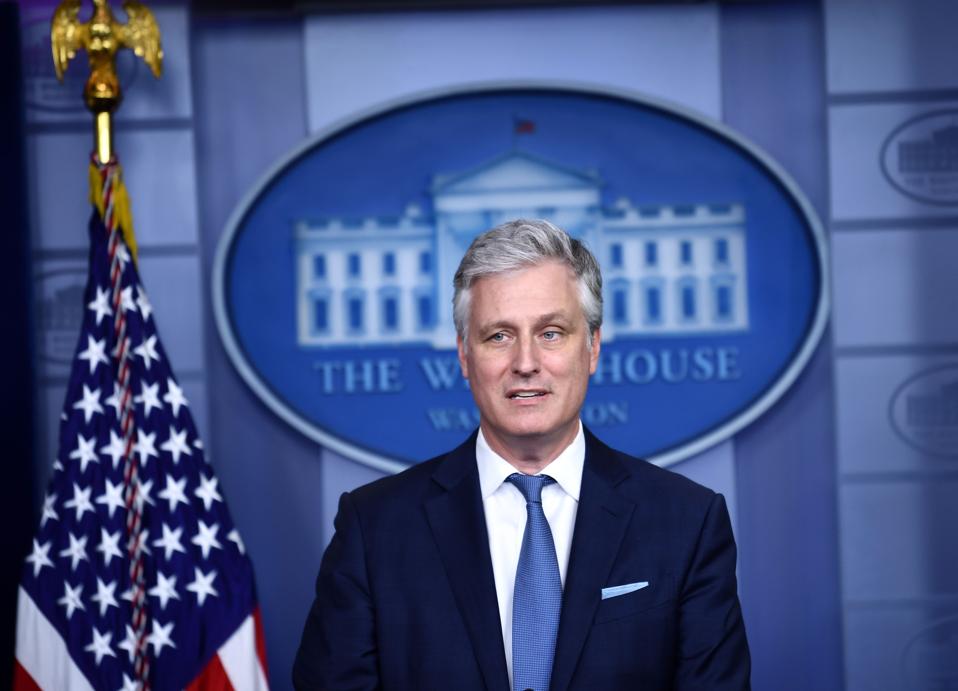 National Security Advisor Robert O’Brien speaks during a press briefing at the White House on August … [+] 13.

O’Brien wouldn’t say Biden won, though he said “obviously things look that way now,” and repeatedly said a transition would only be implemented “if the current lawsuits don’t work out for the president,” according to The Hill.

O’Brien said the new administration would deserve time to put their policies in place and, if Biden is “determined to be the winner,” the National Security Council will make sure there is a “professional transition.”

O’Brien noted that the U.S. has had “peaceful successful transitions” even during the “most contentious periods,” citing the transition from President Bill Clinton to George W. Bush, which didn’t happen until December because of litigation and the recount in Florida.

Secretary of State Mike Pompeo also said there will be a “smooth transition” but, unlike O’Brien, he confidently said last week that the transition will be to the next Trump administration. Trump has reportedly directed his appointees not to start collaborating with the Biden transition team and Attorney General William Barr has given U.S. Attorneys authority to investigate any “substantial” allegations of voter fraud. So far the Trump campaign has been unable to document any substantial instances of voter fraud or election irregularities.

The General Services Administration, the federal agency responsible for the transition, has refused to start working with the Biden team. An agency spokeswoman told AP that a winner has not yet been determined and implied the GSA may not start the process until the Electoral College meets in December or Trump concedes.