The Trump campaign’s lawsuit seeking to block Pennsylvania from certifying its election results was officially dismissed in federal court Saturday, effectively ending the Trump campaign’s central attempt to contest President-elect Joe Biden’s win through the courts and paving the way for the state to certify their votes on Monday. 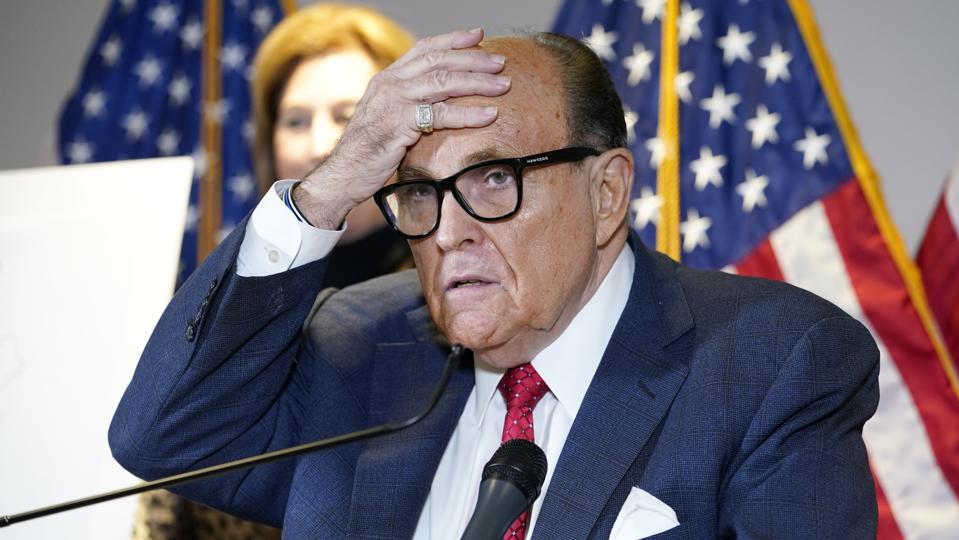 The Trump campaign, led by attorney Rudy Giuliani, challenged Pennsylvania’s presidential election results because the campaign objected to the fact that some Pennsylvania counties allowed voters to fix defects with their mail-in ballots to ensure their vote was counted, while others did not.

Though the campaign has made a number of general allegations about voter fraud and alleged improprieties with how Pennsylvania’s votes were counted, the campaign did not provide any specific evidence of voter fraud in the lawsuit, and Giuliani specifically said during a hearing, “This is not a fraud case.”

U.S. District Judge Matthew Brann dismissed the case Saturday with prejudice and decried the Trump campaign’s “strained legal arguments without merit and speculative accusations,” which are “unsupported by evidence.”

The Pennsylvania lawsuit was the biggest case the Trump campaign has brought thus far as part of its legal effort to challenge Joe Biden’s win in battleground states, dwarfing other efforts that targeted more narrow mail-in voting practices or ballots only in specific counties. Legal experts had expected the litigation to fail, however, and the legal challenge was plagued by a series of challenges. Two sets of lawyers withdrew from representing the Trump campaign in the case, prompting Giuliani to officially join the lawsuit, and the campaign heavily amended their complaint to remove several alleged charges after their legal argument was struck down in a different case. (After media reports pointed out that the amended complaint undermined the Trump campaign’s allegations out of court that its poll watchers were unlawfully discriminated against, the Trump campaign moved to correct its filing for a second time and argued the allegations were “inadvertently deleted.”) The Pennsylvania case marked the first and so far only lawsuit that Giuliani has argued in court on behalf of the Trump campaign while serving as the head of the campaign’s legal effort.

Pennsylvania’s deadline for certifying its counties’ election results is Monday, and though the dismissal of the Trump campaign’s lawsuit removed the central legal obstacle to certification, other lawsuits are still pending. Lawsuits concerning a limited number of mail-in ballots with minor defects are still before the Pennsylvania Supreme Court and the U.S. Supreme Court has yet to say whether they’ll weigh in on a case concerning Pennsylvania mail-in ballots that arrived after Election Day, though none of those cases would ultimately affect enough ballots to challenge Biden’s win in the state. GOP officials also brought a new lawsuit Saturday in state court seeking to invalidate the election by arguing Pennsylvania’s mail-in voting laws are unconstitutional. The Trump campaign—which is reportedly pursuing a long-shot strategy of trying to get GOP state lawmakers to undermine the will of the voters and appoint their own electors—has suggested in court filings that it will likely continue its efforts even after state results are officially certified, however, suggesting further efforts could be coming. In a legal filing Saturday in the Pennsylvania lawsuit, the Trump campaign suggested the court could “revoke the certification” and order the state to give its electors to President Donald Trump before electoral votes are finalized on December 8, claiming “Pennsylvania’s legislature can effect this relief.”