After a federal court in Pennsylvania dismissed a lawsuit that sought to block the Keystone State from certifying its election results, the Trump campaign filed an appeal on Sunday, underlining the campaign’s unwavering determination to challenge President-elect Joe Biden’s victory even as its challenges fall short at almost every turn. 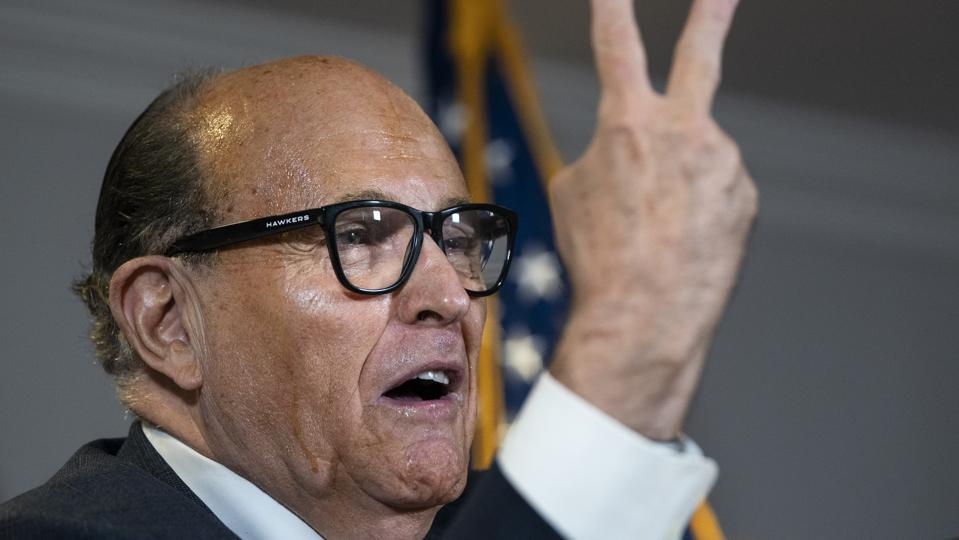 WASHINGTON, DC – NOVEMBER 19: Rudy Giuliani accuses people of voting twice as he speaks to the press … [+] about various lawsuits related to the 2020 election, inside the Republican National Committee headquarters on November 19, 2020 in Washington, DC. President Donald Trump, who has not been seen publicly in several days, continues to push baseless claims about election fraud and dispute the results of the 2020 United States presidential election. (Photo by Drew Angerer/Getty Images)

The longshot challenge to Pennsylvania’s election outcome is led by President Trump’s personal attorney Rudolph Giuliani, and hinges on the claim that some Democratic-leaning counties were more lenient in allowing voters to “cure” ballot defects, while conservative counties were not, violating the equal protection clause of the Constitution.

On Saturday, U.S. District Judge Matthew Brann—a Republican—dismissed the suit with a harsh rebuke of the Trump campaign’s “strained legal arguments without merit and speculative accusations,” which Brann wrote were “unsupported by evidence.”

“In the United States of America, this cannot justify the disenfranchisement of a single voter, let alone all the voters of its sixth most populated state,” Brann wrote.

Giuliani is hoping the lawsuit will end up in the Supreme Court, though Pennsylvania is still expected to certify the results on Monday.

Trump has claimed he will seek to “decertify” Pennsylvania’s results, according to Bloomberg.

“This is not a fraud case,” Giuliani acknowledged during a hearing for the Pennsylvania case, even as Trump and his allies continue to claim voter fraud was at play.

70,000. That’s how many mail-in ballots the Trump campaign was seeking to throw out.