President Trump on Saturday added Sen. Ben Sasse (R-Neb.) to the long and growing list of Republicans whose reelection bids he openly opposes after Sasse launched into a scathing criticism of Trump at a telephone town hall. 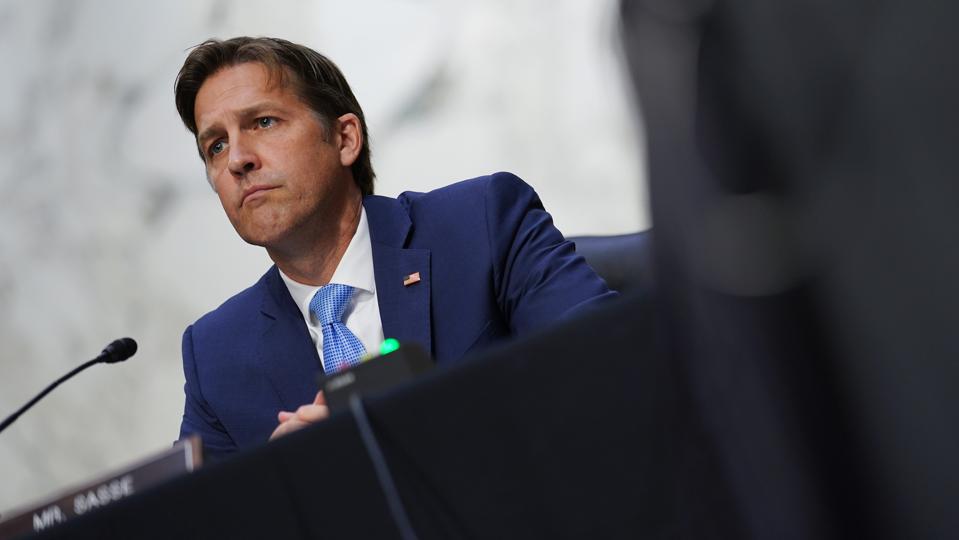 Trump tweeted that Sasse “seems to be heading down the same inglorious path” as former Sen. Bob Corker (R-Tenn.) and Jeff Flake (R-Ariz.), Trump-critics who retired in 2018 when faced with fierce conservative primary challenges and no help from Trump.

Trump suggested that Republicans “should find a new and more viable candidate” to replace Sasse, who he called the “least effective” Republican senator and a “liability” to the GOP, lamenting, “he went back to his rather stupid and obnoxious ways.”

Sasse, who is up for reelection in November and has already easily secured the GOP nomination in his heavily Republican state after gaining Trump’s endorsement, told constituents Trump “kisses dictators’ butts” and has “treated the presidency like a business opportunity.”

“Donald Trump’s values are deficient,” Sasse said, adding that Trump “flirted with white supremacists” and is “driving the country further to the left” – words that are now being used in a Republican Voters Against Trump ad in Nebraska’s 2nd district, a swing district with its own electoral vote.

Sasse is far from the only Republican Trump has criticized recently: on Friday he tore into vulnerable Sen. Susan Collins (R-Maine) over a “nasty rumor” she wouldn’t vote for Supreme Court nominee Amy Coney Barrett – even though her vote likely won’t be necessary to confirm Barrett while her seat is critical for a GOP Senate majority.

Trump also vowed to campaign against Sen. Lisa Murkowski (R-Alaska)’s 2022 reelection bid in June after she said she was “struggling” with whether to vote for him.

Sasse has often been one of Trump’s most vocal critics within the GOP ranks, refusing to support him in 2016 and flirting with the possibility of becoming an “independent conservative” in 2018. But Sasse has nonetheless voted largely in line with Trump, including voting to acquit him during his impeachment trial in February. Sasse’s vocal criticism quieted somewhat after Trump endorsed his reelection in 2019 – which Sasse later said was “unsolicited.” Sasse called Trump’s executive orders on stimulus in August “unconstitutional slop.”

“Ben said the same thing to Nebraskans that he has repeatedly said to the President directly in the Oval Office,” Sasse spokesman James Wegmann said in a statement. “Ben is focused on defending the Republican Senate majority, and he’s not going to waste a single minute on tweets.”

“Main difference is that Corker and Flake spoke out early and often in this presidency, at risk to their future in the party,” tweeted NBC News reporter Sahil Kapur. “Sasse is speaking out in this manner after biting his tongue for 3.5 years, earning Trump’s endorsement and winning renomination to his seat.”