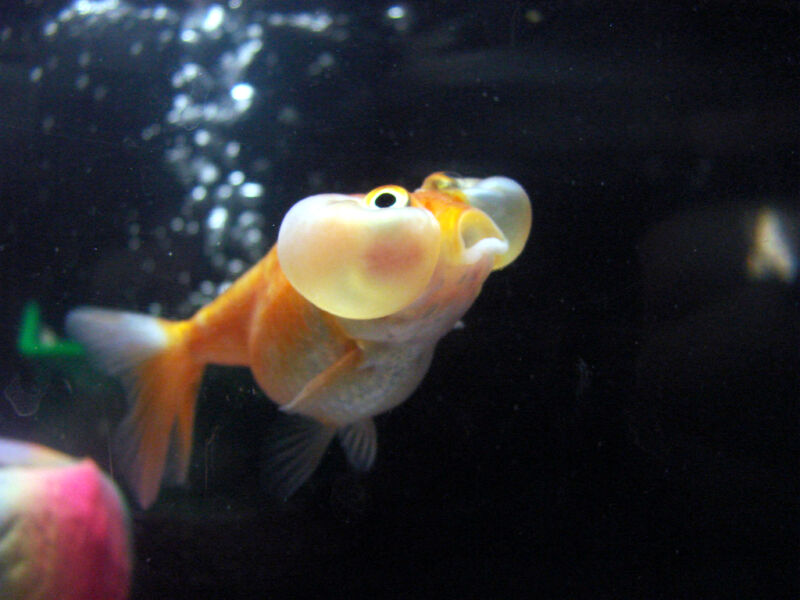 Humans have domesticated a large number of animals over their history, some for food, some as companions and protectors. A few species—think animals like rabbits and guinea pigs—have partly shifted between these two categories, currently serving as both food and pets. But one species has left its past as a food source behind entirely. And, in another rarity, it ended up serving not so much as a companion but as a decoration.

We’re talking goldfish here, and we’ve now gotten a look at their genome. And it’s almost as weird as the fish themselves are.

A fine kettle of fish

It’s worth stopping for a moment to consider just how weird they are within the realm of domestication. They started out just as slightly colored variants of a carp that is otherwise used entirely for aquaculture. We’ve completely removed them from the food chain and turned them into pets, but they’re not the sort of pets that we interact with like a dog or cat, or even a guinea pig. Largely, they just sit there and look decorative. And in the process of making them even more decorative, we’ve bred a lot of varieties that are far less functional as fish.

(I invite you all to come up with an example of a species I’m not thinking of that has had an equally unusual trajectory and let me know in the comments.)

There’s also a bit of odd history here, too. While we call them goldfish pretty generically, most of what we have are not the actual golden goldfish. After their domestication in China (and later move from garden ponds to indoor tanks), gold-colored fish ended up reserved for the emperor, so they’re still fairly rare. In the meantime, we’ve bred strains with multiple tails, strains that lack dorsal fins, and more.

That’s likely to do some weird stuff to the fish, genetically. But it turns out they were pretty weird to start with.

Even the process of reporting the genome turned out to be kind of odd. It was first reported back in May, when a group described the genome of a goldfish and compared it to its ancestor, the common carp. But the analysis was pretty minimalistic. Then, this week, a huge consortium dropped an analysis of not only a strain of goldfish but 185 different strains. Plus 16 different wild carp genomes for comparison. While the goldfish genome is only 1.8 billion base pairs long (1.8 Gibases), the raw sequence required to do all of this ran out to 4.3 trillion bases. It’s an astonishing effort.

But because some other group published the data already, the researchers published it in PNAS using a route that only puts it through informal peer review. There doesn’t seem to be anything problematic with the paper that would cause it to fail peer review, but publishers typically want novel results, and this apparently wasn’t new enough.

Most animals have two sets of similar chromosomes, one each from their mother and father. In humans, there are 23 chromosomes, and we have two of each, meaning we each carry 46 of them. In both goldfish and the carp they were derived from, there are 25 chromosomes, but each fish carries 100 of them—instead of two copies, they have four, or rather two sets of two. Apparently, the lineage that produced the carp is a hybrid of two closely related lineages (possibly separate but closely related species).

Consequently, unless some copies of the genes have been deleted or disabled by mutation, the fish should have four copies of them. But there are some specific cases where they don’t, such as DNA repair genes, where one set of copies has been eliminated. And in a lot of tissues, one or the other set of genes is more active, but there’s no obvious and consistent pattern of which of the sets it is. So we’re not at the point where we really understand what’s happening with the fishes’ four sets of genes, but the answer is not likely to be simple.

The fish were only isolated recently and have undergone pretty serious selection for unusual features—just check out the pictures in Wikipedia’s list of goldfish strains. Many of the genetic variants underlying these physical traits are likely to be recent and have been selected as the only variant present in the strain. This creates what’s called a “selective sweep” in which the variant, and any others that happen to be near it when it arose, are the only ones present in a population.

So the researchers checked the fish for selective sweeps and unsurprisingly found quite a number of them. The top 1 percent of possible sweeps contained a total of almost 1,000 genes. In zebrafish, a species that’s not too distantly related to carp, 173 of these genes had been deleted. Fish carrying these deletions had changes in features like pigmentation and body shape, which is exactly what you’d expect given the differences between goldfish and most other carp. There were also some changes related to behavior, but it’s important not to think of them in terms of dog-like behaviors—in fish, it’s more a matter of how they feed or their response to odorants. 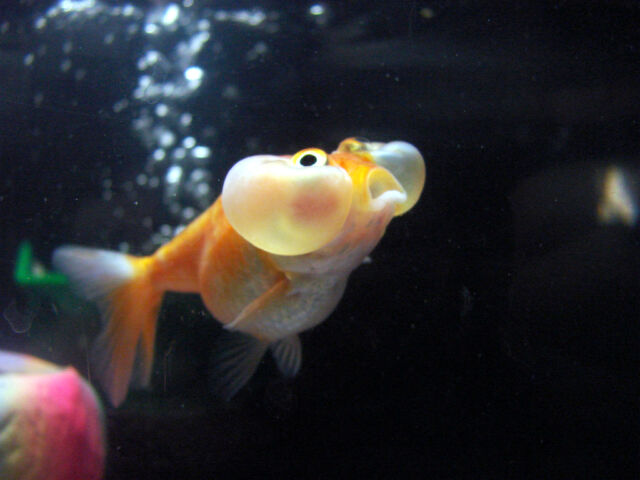 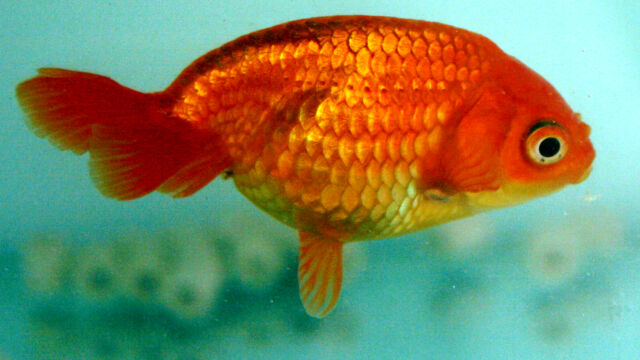 The researchers also looked carefully at the genomes of egg goldfish, which no longer make a dorsal fin. They identified a total of nearly 400 genes that were associated with the loss of the dorsal fin. Oddly, most of the variants were from one of the two ancestral genomes. And when the subset of those had been knocked out in zebrafish (57 of them), a quarter had an obvious change near the dorsal fin. Whether the remaining ones have a more subtle issue, contribute to the difference in some other way, or are simply spurious isn’t clear.

While the current analysis is incomplete, the large number of strains and sequences means there’s enough data here to keep researchers busy for a long time. With up to four copies of every gene, though, doing genetics on these animals is never going to be simple, so understanding what the sequence differences mean will take considerably more work.

To some extent, that idea justifies the decision of most geneticists to focus on zebrafish, which may not have as many strains as goldfish but do have simpler genetics. Still, the authors suggest those two species might be related. With an extra pair of copies of every gene, it may be that the goldfish tolerated far more mutations than the zebrafish could.