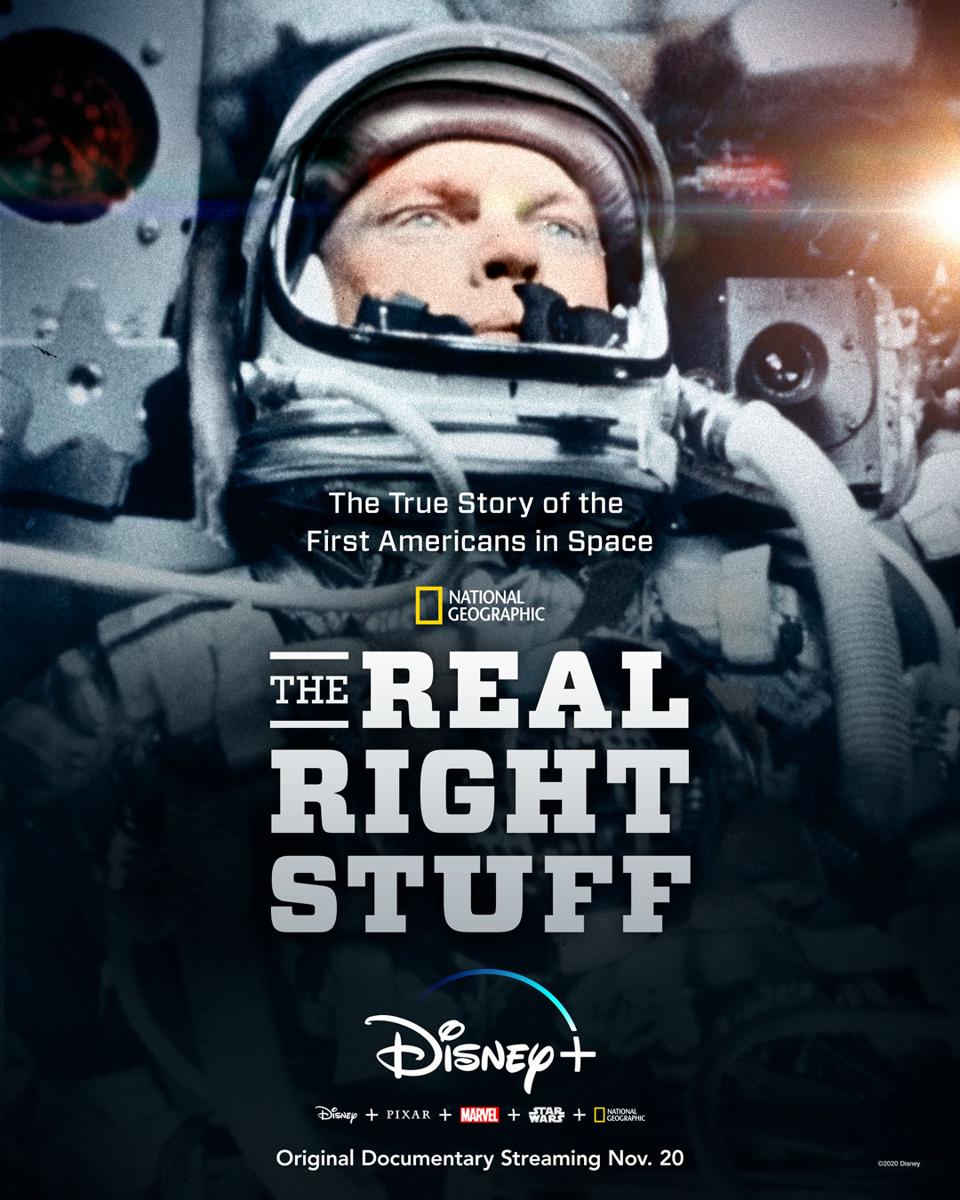 “The Real Right Stuff” is a 2-hour documentary on Disney+ that weaves together archived and unseen … [+] footage to tell the true story of America’s first astronauts–the Mercury 7.

There is renewed enthusiasm for exploring space around the world—but particularly in the United States. The whole country watched last Sunday as a SpaceX Falcon 9 rocket blasted off in the first operational flight of the Crew Dragon capsule on a mission to rendezvous with the International Space Station. Along with excitement about the future of manned space flight, there is rekindled nostalgia for the early glory days of NASA. A new documentary from Nat Geo, “The Real Right Stuff,” provides an unprecedented chronicle of the early days of the Space Race and tells the true story of the first Americans in space.

“The Real Right Stuff” is a companion piece to the scripted series “The Right Stuff” airing now on Disney+. That series—based on the book of the same name by Tom Wolfe—is must-see content. I may be a tad biased, because the movie “The Right Stuff” from the 1980s is one of my all-time favorite movies, and the series does a superb job of simultaneously honoring and expanding upon the film.

“The Real Right Stuff” is different, though. “The Right Stuff” is based on actual people and events, but it is still a scripted series and there are elements added for dramatic effect. “The Real Right Stuff” is the real deal. The 2-hour documentary tells the story of the original Mercury 7 astronauts based off of hundreds of hours of archival film and radio broadcasts, home movies, interviews and never-before-seen material from the 1950s.

Unrelated to NASA or the Mercury 7, but impressive in its own right—the documentary includes a score composed by Academy Award winner Hans Zimmer that was recorded remotely during the COVID-19 pandemic. Each musician in the 44-piece orchestra recorded their own part at home, and the finished product was then woven together.

A press release from Nat Geo reveals that “The Real Right Stuff” features:

XBOX Series X Console Review- The Next Generation Of Gaming

A Chat With Qualcomm’s New Automotive Leader, Nakul Duggal, Driving An $8B Backlog

Automation Is The App, UiPath Powers Up Low-Code Robots

Here is an exclusive look at the clip of astronaut Virgil “Gus” Grissom conducting a post-flight press conference after the Mercury-Redstone 4 flight that ended with his space capsule sinking to the bottom of the ocean. It combines rare footage with audio synced from separate sources to weave together what really happened in the very tense scene.

The idea of exploring space has always fascinated mankind. The thought of possibly returning to the Moon or launching a manned expedition to Mars in the next few decades is intoxicating. The fact that the United States is once again capable of launching manned missions from US soil is a huge step in the right direction. As we ponder what may be, it is worthwhile to also look back at where we started. “The Right Stuff” series, and “The Real Right Stuff” documentary allow us to do just that.

“The Real Right Stuff” premieres on Disney+ this Friday, November 20.