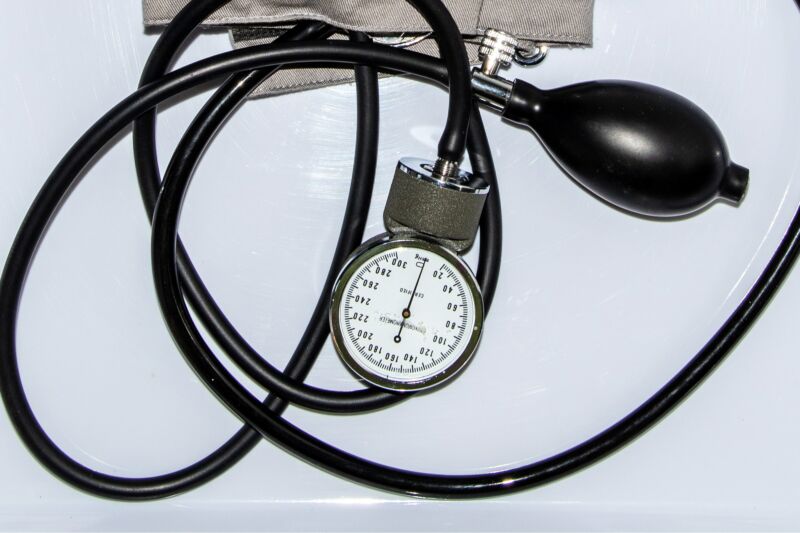 A massive new accounting of the health of humans on Earth, collating and inferring stats on hundreds of diseases and injuries across 204 nations, has mostly good news. People are healthier, and they stay that way for longer. The bad news: That’s not true if those people are poor, are people of color, live in the United States, and there’s a pandemic.

The ongoing work of thousands of international researchers, the Global Burden of Disease project is based at the University of Washington—it’s a big part of the work of the Institute for Health Metrics and Evaluation, which you might remember from its hyper-pessimistic but highly motivating models of the coronavirus pandemic earlier in the year. With GBD, that modeling experience fills in the gaps from countries that don’t gather all the same data, but overall the work slurps in all kinds of epidemiological and health outcome numbers from governments and health care organizations and tabulates who gets what illness by age and sex. That’s 286 causes of death, 369 diseases and injuries, and 87 risk factors in 204 countries and territories, with numbers going back to 1990. The latest bolus of data, published in the medical journal The Lancet, brings that up through 2019. (The Bill and Melinda Gates Foundation is the major source of funding.)

In a way, the Global Disease Burden report is a blast from the past, a look at the health of a planet now gone—the best of Before Times and the worst of Before Times. Chronic diseases were undermining the gains of modern medicine and public health. But 10 months into a pandemic, the GBD report is a map to the vulnerabilities that COVID-19 would exploit. It’s also a laser-pointer showing the way to a brighter timeline.

Overall, the things that kill the most people aren’t communicable diseases like COVID-19. The number-one killer worldwide is high blood pressure; number two is disease related to tobacco use. In fact, everything on the top-10 list is the same population-scale stuff that takes systemic change to fix. That’s air pollution; nutritional gaps that lead to diabetes, obesity, and heart disease; and alcohol abuse. Childhood and maternal mortality still sneaks into the top 10 worldwide, too.

Smoking has actually declined over the past decade, while “metabolic risks”—obesity, high blood sugar, high blood pressure, high cholesterol—have gone in the other direction. Together those four were responsible for 26.9 million deaths in 2019 and nearly 20 percent of what the GBD report describes as health loss worldwide. That’s loss of life, but also loss of healthy years at the end of life, a statistic captured by death-adjusted life years, or DALYs. That number has gone up 50 percent since 1990.

Of course, as the GBD authors note, these effects vary geographically. The nutritional and tobacco effects are worse in Asia, Europe, and Latin America. Their Oceania group suffers most from malnutrition and air pollution; in sub-Saharan Africa, the worst things are malnutrition and lack of access to clean water and sanitation. “It shows a global crisis of chronic diseases,” says Ali Mokdad, a professor of health metrics sciences at IHME and one of the GBD’s authors, “and quite honestly a failure of our public health system to deal with these rapidly increasing risk factors that are preventable, that are making our population sick, killing a lot of us, and causing a lot of health emergencies.”

But the really interesting breakdown is along economic lines. Lower-income countries are actually doing a better job of reducing DALYs than middle- and high-income ones like the US. And the burden of illness in the US falls disproportionately on poor people and people who aren’t white. “In the United States, when you compare us to the rest of our peers—the countries who are very rich, similar to us—we do poorly,” Mokdad says. “Very poorly.”

After 50 years of declines in cardiovascular disease in the US, those numbers are going back up. Mortality for mothers and kids under 5, typically higher in low-income countries, is 6.5 per 1,000 live births in the US. It’s 4.9 across other rich countries. In Australia—like the US, a newish country with a large indigenous population and a majority of English speakers—it’s 3.6. Healthy life expectancy, the number of years people live without disability, is near 86 in Japan; in the US it’s 65.5. (People in the United States live pretty long lives, into their late seventies, but their lives are less fun for the last few years.)

These numbers are all from 2019—before the pandemic. As the Lancet editors note in an accompanying editorial, those statistics are also how COVID-19 turned the US into a country with one of the highest rates of infection and death in the world. Those metabolic disorders preferentially affect the poor and people of color. Poor people and people of color are also, because of their often precarious economic positions in the US, less likely to be able to work at home and more likely to be “essential workers,” with more exposure to COVID-19. “They happen to be people of color. They happen to have more chronic conditions. They delay medical care, they don’t have insurance, they don’t have money, and they don’t have access,” Mokdad says. “They’re more exposed. They have more risk factors. And they’re more likely to die.” The diseases and disorders they are most likely to have are also the exact comorbidities that make COVID-19 more severe, or fatal. They are, literally and metaphorically, the nation’s preexisting conditions.

This is an especially torqued kind of screwing because it didn’t have to be this way. It doesn’t happen in societies with well-built social and medical safety nets. “If you have fewer assets, lower income, less wealth, less housing, are a person of color, you are less likely to be able to work from home,” says Sandro Galea, an epidemiologist and dean of the Boston University School of Public Health. “So there was a gap, a disparity in risk of acquiring COVID. That is a reflection of greater exposure.”

Those same people are also more likely to have the chronic conditions that the Global Burden of Disease singles out—because of poverty, lack of universal health care, lack of access to higher-quality food, and a public health system defunded, by some calculations, to the tune of $4.5 billion before COVID-19 was even a twinkle in a bat’s eye. “Your risk of dying if you have no underlying comorbidity is less than 0.1 percent,” Galea says. “People with lower socioeconomic position and people of color had more risk. In some respects, it’s that simple.”

To paraphrase a famous book, that is one hell of a catch. The virus that causes COVID-19 would always have been a deadly one. But fewer people in poverty, fewer people with the conditions that turned out to be dangerous comorbidities, and a better health care system that focused on prevention rather than magic-bullet cures would have meant that the same deadly virus would have killed fewer people. “Why did COVID become the problem it did to begin with?” Galea asks. “One, we have historically underinvested in the public health systems needed to actually keep us healthy. And two, we have underinvested in the social and economic conditions that create a healthy world.”

And the catch gets catchier. Earlier this week in an article in the Journal of the American Medical Association, two economists at Harvard calculated that all the deaths and illnesses from COVID-19 so far, and those likely to happen before mid-2021, combined with losses to the economy, mental anguish, and lost output, will sum up to one astounding number: $16 trillion. That’s about 90 percent of the US annual gross domestic product. “For a family of four, the estimated loss would be nearly $200,000,” the economists write. “Approximately half of this amount is the lost income from the COVID-19–induced recession; the remainder is the economic effects of shorter and less healthy life.”

Even that burden is shared unfairly. “By shutting down the economy, we hurt poor people and people of color more, economically, than by keeping it open,” says Alan Krupnick, an economist and senior fellow at Resources for the Future. “But you can’t open up the economy until people have a reasonable expectation that they’re going to be safe when they go to a restaurant or bar, or go to work. The disease needs to get taken care of first so that the economy can blossom.” That’s an income effect, and it creates a feedback loop. Trying to deal with the effects of the pandemic after it has already swallowed the economy makes the economic effects worse on the most vulnerable… which means that to survive financially, they have to expose themselves to more risk… which makes their comorbidities potentially more dangerous.

Some researchers have described COVID-19 as not a pandemic but a “syndemic”—a synergistic epidemic of related, overlapping problems, each one making the others worse. That’s bad. But on the bright(-ish) side, syndemics offer more targets of opportunity. Expensive drugs and accelerated vaccine trials are the kinds of long shots you only have to bet on if you (or your government) hasn’t put in the boring, population-scale public health work on the front end. The Global Burden of Disease report quietly hints that it’s not too late. For COVID-19 specifically, that’d be messaging on wearing masks, figuring out how to deploy wide-scale improvements in ventilation systems, and getting people aid so they can stay home. That all worked in Singapore, Taiwan, South Korea, and even Wuhan. It can work here. But the GBD numbers show how to build a system that can deal with all kinds of other problems, including infectious surprises like SARS-CoV-2. And that same system will make for a happier, healthier world—one that’s tough enough to shake off a SARS-CoV-3 someday, too.