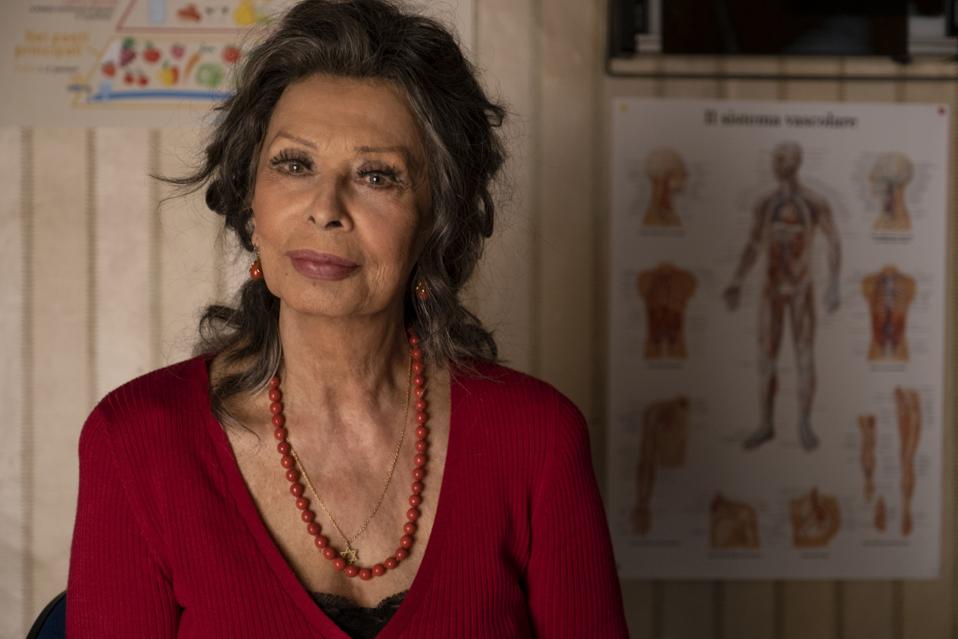 Sophia Loren stars in The Life Ahead (La vita davanti a sé) directed by her son Edoardo Ponti and released on Netflix NFLX this Friday November 13. Loosely adapted from a French novel, The Life Ahead tells the story of Momo, a street kid, and his encounter with Madame Rosa, played by Sophia Loren. Ponti’s beautiful film sweetens Romain Gary’s novel, turning it into a tear-jerker.

In the seaside town of Bari in Italy, a twelve-year-old Senegalese-Italian orphan named Momo fends for himself. At the beginning of the film, Momo steals the bags of an old lady, to then unsuccessfully try and sell their contents on to a local dealer. He lives with Dr Coen, until he is taken in reluctantly by Madame Rosa—the very woman Momo stole from—as a favor to the doctor. Madame Rosa used to hold an unofficial daycare for the children of prostitutes, but has now stopped, she tells the doctor, with only Iosif, whose mother has never returned, and Babu, the son of her neighbor Lola (Abril Zamora), left in her care. Dr Coen tells Madame Rosa that this angry pre-teen kid, Momo, is in need of a female influence to guide him. However, it is only after he offers to pay her monthly that she agrees to take Momo.

Momo, though, isn’t happy about this arrangement. Their relationship is at first strained, but slowly a beautiful friendship forms between them. Roles soon reverse, as Rosa’s health deteriorate. 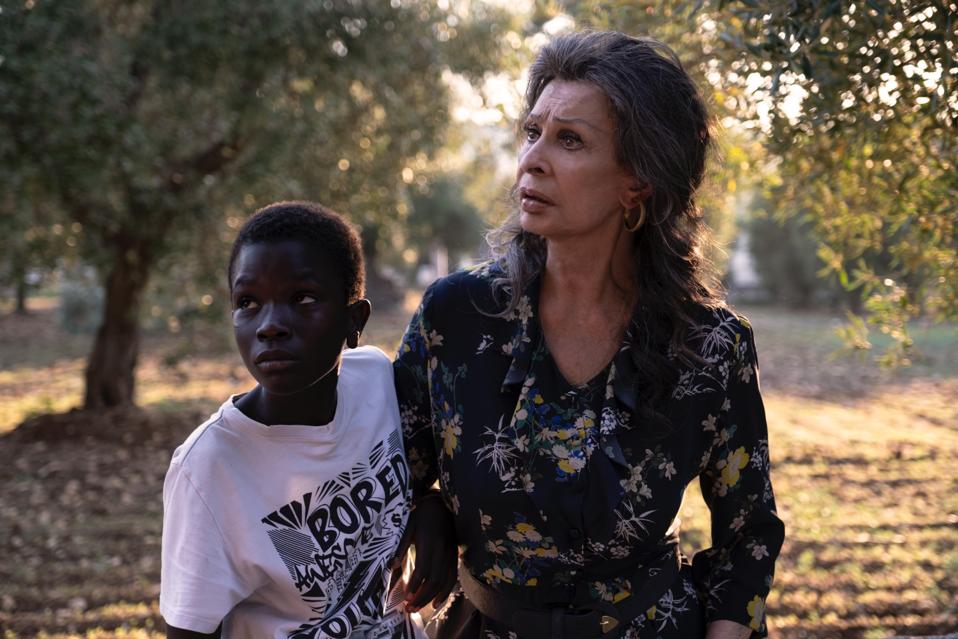 Sophia Loren as Madame Rosa and Ibrahima Gueye as Momo in ‘The Life Ahead’ (Photo credit: Reine de … [+] Lazzaris aka Greta/ Netflix)

The Life Ahead is a tender film about the unlikely friendship between a 12-year old boy and an older woman. It is also about a young boy who had to grow up too fast, acting like an adult in situations he can’t fully understand. The film reminds us of this fact, of the naivety of childhood, of how young Momo is, in very subtle ways, when, for example, he doesn’t know what Auschwitz is, or what the numbers tattooed on Rosa’s arm mean (she’s a secret agent, Iosif tells him, and the code gives her access to her HQ), or finally when he thinks she’s just messing with him when she doesn’t remember who he is.

It is in these moments when a child is confronted with the harsh reality that he misunderstands that the film resembles the most Romain Gary’s novel. The Life Ahead is a loose adaptation of the 1975 French novel, La vie devant soi, written by French author Romain Gary, who published it under the name of Emile Ajar. The book won the Prix Goncourt, the highest literary prize in France, and in 1977, it was first adapted into a film, Madame Rosa, directed by Moshé Mizrahi, and starring the French legendary actress Simone Signoret. The film won the Oscar for Best Foreign Language Film, and Signoret won the César Award for Best Actress.

In this 2020 version of the story, it is an Italian legendary actress who has taken on the role of Madame Rosa. Sophia Loren is outstanding in The Life Ahead, full of command, tenderness and vulnerability at the same time. Her co-star Ibrahima Gueye, in his first role onscreen, is equally brilliant, especially in the emotional scenes they have together.

What is remarkable about Ponti’s film is that it manages to modernize Gary’s story, making some significant changes, but with words and little details from the novel echoing throughout the film. Co-written with Ugo Chiti, the film is told through Momo’s perspective, just as he was the narrator in the novel. The film isn’t as audaciously daring as the novel, which easily alternated between the comic and the tragic, but the essence of the story remains. The grotesquely tragic ending of the novel, for example, is replaced by an emotionally poignant moment in Ponti’s film.

The Life Ahead is a beautiful film with an incredible cast, and is now available to stream on Netflix.