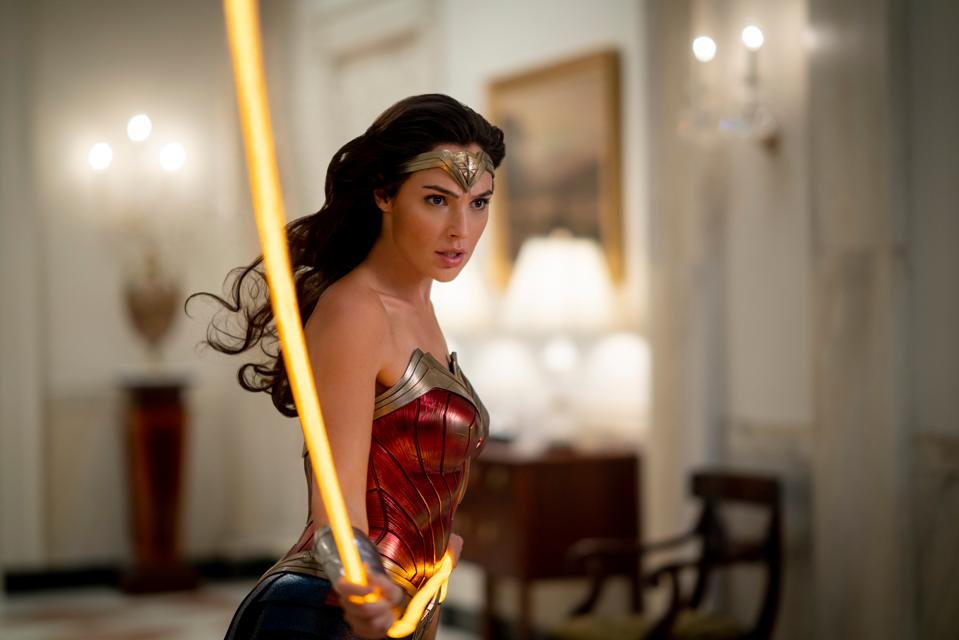 We have no idea if consumer behavior in regard to streaming platforms will continue once the Coronavirus crisis comes to an end.

The announcement by Warner Bros. that Wonder Woman 1984 would be debuting in limited theatrical release and on HBO Max concurrently on Christmas Day sent shockwaves through the industry. It was followed by rumblings, not yet confirmed or decided, that Disney DIS would be sending Emma Stone’s Cruella (initially set for next Memorial Day in theaters) to Disney+ DIS along with the in-development likes of David Lowry’s Wendy and Peter Pan and a Tom Hanks-starring re-adaptation of Pinocchio. Oh, and Amazon AMZN made it official by slotting Eddie Murphy’s Coming 2 America for a streaming debut on March 5, 2021 after allegedly paying $125 million for the Paramount PGRE comedy. To the extent that the future is happening before our eyes, there is one conundrum in play: All of these titles are big deals because they were initially intended to be theatrical blockbusters.

It’s one thing for a commercial coin toss like Trolls: World Tour or a “no longer a contender” studio programmer like The King of Staten Island to (mostly) skip theaters for PVOD. It’s another for Soul and Wonder Woman 1984, both surefire global blockbusters, to mostly skip theaters for streaming platforms. Hollywood is prioritizing streaming platforms over the conventional theatrical output. Here’s the rub: The vast majority of PVOD and streaming movies that hit pay dirt in terms of viewership and online buzz were films that were initially expected to play theatrically. Save for some of Netflix’s NFLX original features (The Old Guard, Hubie Halloween, etc.), almost every big title that debuted at home (Greyhound, Scoob!, Bill & Ted Face the Music, etc.) was a big deal partially because it was supposed to be in theaters prior to the pandemic. 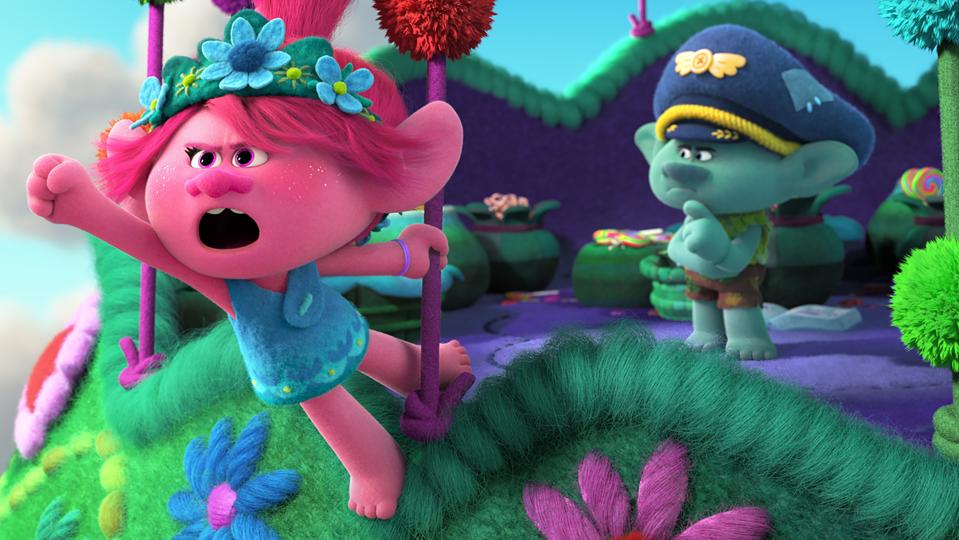 Even Millie Bobby Brown’s winning Enola Holmes, which debuted to solid reviews and strong viewership, was a Legendary production that was once supposed to be a Warner Bros. theatrical release. Ditto Netflix’s The Lovebirds (bought from Paramount) and Aaron Sorkin’s The Trial of the Chicago 7 (bought from Paramount). The reason why Disney+ has had such a flood of new movies in its first year is partially because they plucked Hamilton, Artemis Fowl, The One and Only Ivan, Mulan and Soul (among others), from a conventional global theatrical release. Many of those titles were commercially dicey as theatrical releases, but would anyone have cared about them if they hadn’t been initially destined for theaters? Dropping commercially questionable theatrically-intended movies (with related prestige and production values) onto streaming and PVOD in this current moment makes them bigger fish in smaller ponds.

My Spy would have bombed theatrically back in April, but it was so popular on Amazon that we may get a sequel. Soul and Wonder Woman 1984 will absolutely drive engagement and subscriptions, making their unconventional releases a long-term investment that will hopefully make up for the hundreds of millions in lost theatrical revenue. If the key part of that enticement is “theatrical movies on our streaming service,” then you still need the notion that “big movies play in theaters.” Mulan was a big deal because it was supposed to be a big-budget theatrical blockbuster. Absent that distinction, it would be little different than Lady and the Tramp. Hollywood can use huge “was supposed to be in theaters” releases to juice their streaming platforms, but that only works as long as such titles are the exception rather than the rule. 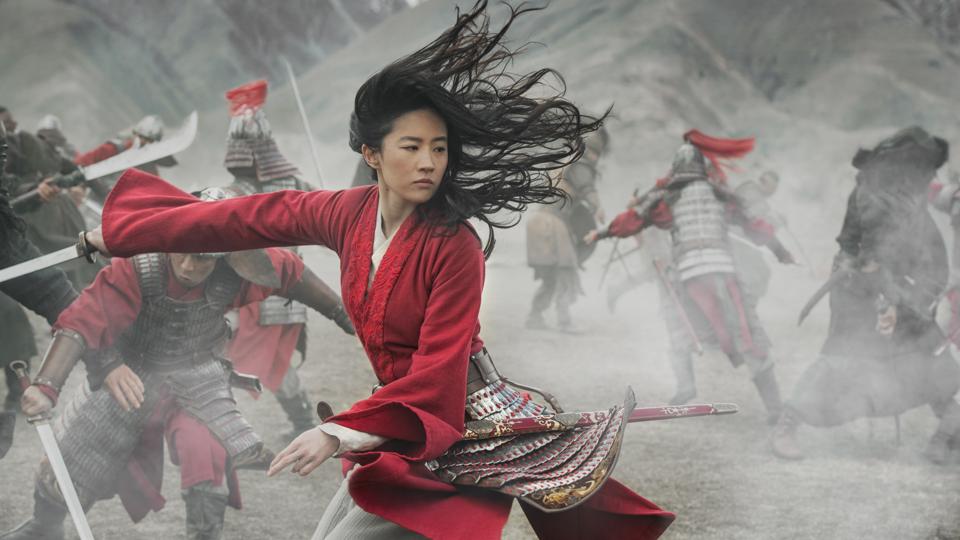 Even Amazon’s Borat sequel was a big deal partially because the previous Borat was a buzzy theatrical blockbuster back in 2006. We’ve seen a clear advantage, in terms of media attention and viewership, for big movies that were supposed to be in theaters versus “always intended to be streaming/VOD” titles. Even when audiences flock to streaming over theaters, they still want theatrical content, both in terms of big movies they missed in theaters or the kind of films (think Spenser Confidential on Netflix or Paramount’s Love and Monsters on PVOD) that might have been theatrically viable in a bygone era. Hell, the selling point to so much of the streaming universe, as it has been for basic and pay cable for decades, is essentially “Look at all of these theatrical movies you loved or want to see available right now for free.”

But for that formula to continue, even assuming streaming still rules after the pandemic has passed and audiences can safely leave their house for more conventional social activities (live sports, movie theaters, etc.), you still have to have movie theaters releasing theatrical movies. You remove the theatrical window and/or theatrical prestige, and every new movie just another streaming or VOD debut. Absent that designation, will audiences still care about any (or the vast majority) of the new movies premiering on Hulu, HBO Max, Disney+ and the rest? You can’t say “Hollywood doesn’t need movie theaters” and also say “Look at all of these big theatrical movies skipping theaters or coming to streaming.” Would Trolls: World Tour still have been big had it been not the first such release in a perilous time but a cheaper installment never intended for theaters? 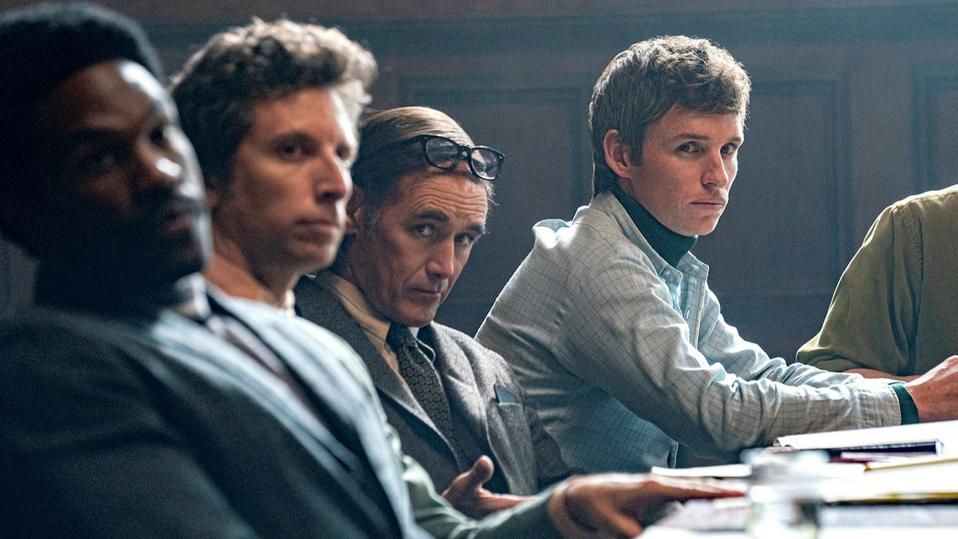 Aaron Sorkin’s ‘The Trial of the Chicago 7’

Hollywood is going full-stream ahead even as they don’t know if the current streaming boom is related to the ongoing Coronavirus pandemic. The current focus on streaming, one forced upon the industry by closed theaters, shuttered theme parks and compromised sporting events, is a measured bet that theater-worthy movies can continue to drive new subscriptions and continued engagement (the only regularly released measurement for success). However, for that to true, movie theaters and theatrically-released biggies will have to continue. Because right now the “destined for theaters” designation is what makes these films stand out, in terms of prestige and production value, from the crowd as diamonds in the rough. The established franchise titles (Pixar, Illumination, DC) may continue to qualify as at-home events sans regular theatrical releases. But everything else will just be the streaming equivalent of “direct to video.”

A single act of generosity led to COVID-19 fatally spreading