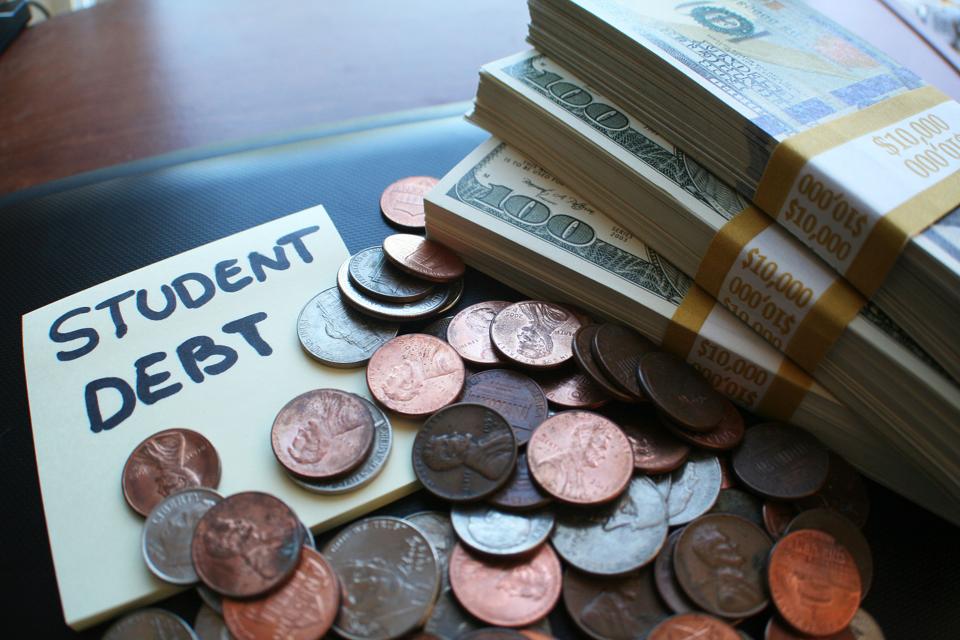 Senators Chuck Schumer (D-NY) and Elizabeth Warren (D-MA) are calling on President-elect Biden to use his executive authority to cancel $50,000 in federal student loan debt per borrower. At a cost of roughly $1 trillion, that might be the most expensive policy ever enacted by executive order. Biden himself favors a smaller loan cancelation of $10,000 per borrower, but this would still cost upwards of $370 billion. 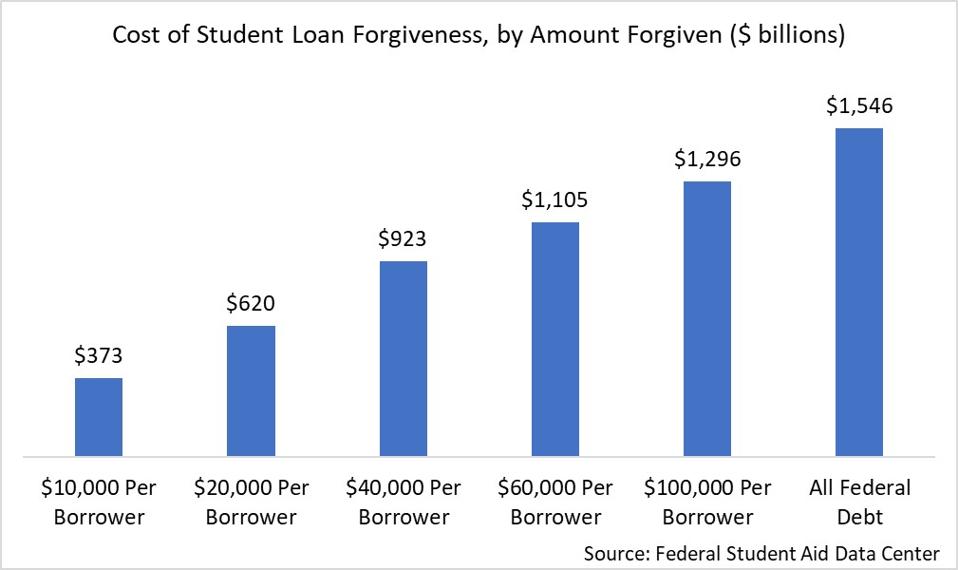 As a general rule, executive orders are not a great way to make policy. A move by Biden to unilaterally cancel student debt would invite a deluge of lawsuits and poison any chance for bipartisan cooperation on higher education reform in Congress. Moreover, it all might come to naught if a judge rules that the president lacks the statutory authority to forgive loans en masse.

But even leaving legal questions aside, there are several reasons to oppose mass student loan forgiveness on pure policy grounds.

The most straightforward argument against mass loan forgiveness is that its benefits are skewed towards the rich. The top fifth of households holds $3 in student loans for every $1 held by the bottom fifth, according to an analysis by the People’s Policy Project. In fact, that probably understates how regressive student loan forgiveness might be, because many student borrowers in lower income quintiles are young and will probably earn more later in their careers.

Be Serious, There’s No Difference Between the Federal Reserve And Congress 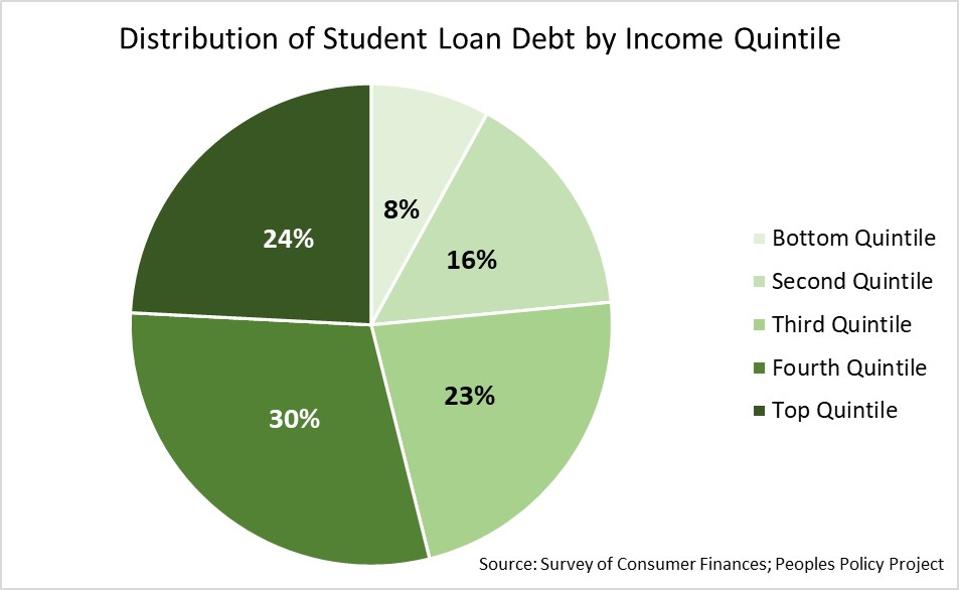 Why? Borrowers take on student debt to attend college, and people with college degrees tend to earn more. Those with the most debt ($50,000 or more) almost exclusively have graduate degrees, which carry an even larger earnings premium.

Nor does student loan forgiveness necessarily help students with low-income backgrounds. Students from rich families tend to borrow more than students from poor families, since wealthy students disproportionately choose expensive private colleges where even rich families must resort to borrowing.

To be fair, the regressivity problem is one which some advocates of loan forgiveness recognize. For this reason, many propose limiting forgiveness to a certain amount per borrower, rather than forgiving all debt.

This is better, but still not an optimal policy. Government resources are scarce, so there is a finite amount of relief that Uncle Sam can distribute, through student loan forgiveness or otherwise.

Out of 255 million adult Americans, just 45 million have federal student debt. If economic relief is in order, it’s highly inequitable to distribute tens of thousands of dollars to the 45 million while the other 210 million get nothing. Underlying student loan forgiveness is the logic that people who attended college in the recent past are more deserving of government assistance than everyone else, which makes little sense. For the cost of forgiving $10,000 in debt per borrower, the federal government could instead cut every adult American a check for just under $1,500.

Moreover, people who never attended college at all have been impacted the most by the Covid-19 pandemic and the recession. Those with only a high school degree have an unemployment rate of 8.1%, while people with a college degree have a jobless rate of 4.2%. As an economic relief policy, student loan forgiveness gets it exactly backward.

It Won’t Stimulate The Economy

Many argue for a debt jubilee as an economic stimulus response to the recession. Forgiving loans will relieve borrowers of the obligation to make monthly payments, allowing them to spend that money on other things, or so the logic goes. However, required loan payments are currently paused, so forgiving debt would provide no immediate stimulus.

But even if keeping payments on pause were not an option, the stimulative effect of debt forgiveness would be less than advocates hope. People make payments on their loans over time, so loan forgiveness distributes “benefits” to borrowers over a period of many years. Even after the economy recovers, the “benefits” of loan forgiveness will keep paying out. But stimulus is only justifiable while the economy is operating below its potential. Mainstream economic theory recommends that governments pull back on stimulus as the economy returns to full employment.

In addition, forgiven student debt does not simply vanish. It gets transferred to the national debt and becomes a liability for taxpayers rather than borrowers. That liability could become a problem eventually.

It Creates The Wrong Incentives 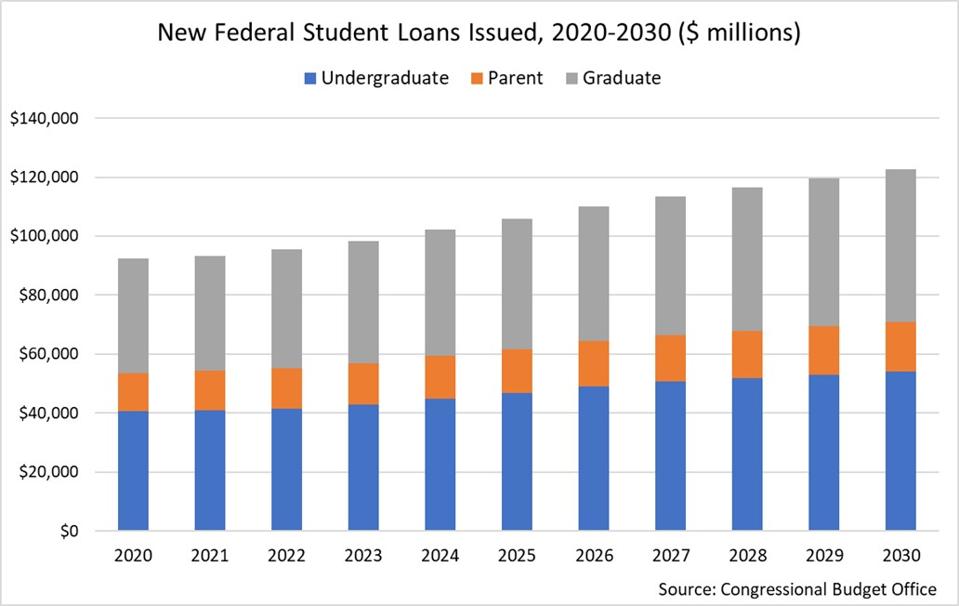 In the absence of other reforms, forgiving debt sets a precedent. Student borrowers (and the colleges they attend) may rightly expect another cancelation to happen at some point in the future, when outstanding debt again climbs too high. This creates an incentive to borrow more in order to take advantage of that future jubilee. More perniciously, it gives colleges another reason to hike tuition.

Forgiving debt by executive order effectively forecloses the possibility of pairing loan cancelation with other reforms to address this moral hazard. But even assuming Congress goes along, a serious policy to substantially restrict new student borrowing is hard to imagine. Free public college would reduce new loan volume by only 15%, since most student borrowing is associated with private colleges and graduate schools.

To truly extinguish the perverse incentives student loan cancelation creates, policymakers will have to bring new federal borrowing to zero. But none of the major politicians who advocate mass loan forgiveness have proposed anything close to that.

There are many people struggling to repay their student loans who deserve some help from the government that offered them those loans in the first place. But we should also recognize that for some people, college is a net-positive investment. People who receive a large financial return from their education should be responsible for a portion of the costs. In other words, people who can afford their student loans should pay their student loans.

What about borrowers who aren’t doing well, financially? The federal student loan program already has a safety net for them. Using income-based repayment plans, borrowers can tie their loan payments to their earnings. Very low-income borrowers have zero payments. Income-based repayment can make life easier for distressed borrowers, but many are not aware of its existence. According to government surveys, only 43% of undergraduates know about the plans.

Making better use of the existing safety net should be the first priority to help student borrowers. Beyond that, some loan modifications to help borrowers truly in a deep hole may be in order. But any such reforms should be paired with limitations on future borrowing and rules to ensure colleges are held accountable when the education they provide fails to pay off.

Student loan forgiveness is the wrong way to kick off the Biden administration: it is regressive and unfair, won’t stimulate the economy, and creates perverse incentives to borrow more in the future. While the federal student loan program has problems, they can be fixed with cheaper and saner policy.