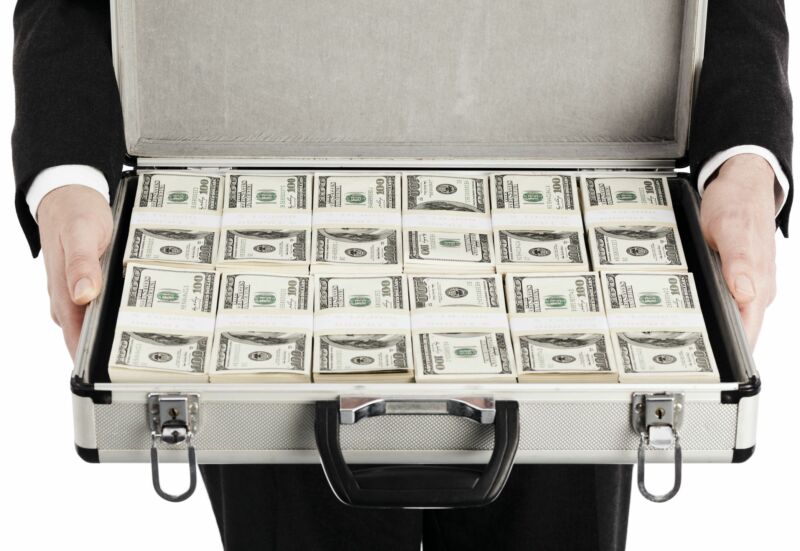 T-Mobile has agreed to pay a $200 million fine to resolve an investigation into subsidiary Sprint, which was caught taking millions of dollars in government subsidies for “serving” 885,000 low-income Americans who weren’t using Sprint service.

Sprint admitted the violations in September 2019, about six months before T-Mobile completed its purchase of Sprint. Today, the Federal Communications Commission announced the $200 million settlement, which T-Mobile will pay to the US Treasury.

The $200 million is in addition to money that Sprint previously agreed to pay back to the FCC’s Lifeline program, which provides $9.25-per-household monthly subsidies to companies that offer discounted telecom service to people with low incomes. Sprint had taken the money from Lifeline in violation of the “non-usage rule” that requires providers of free, subsidized plans to de-enroll subscribers who haven’t used their phones recently. When the FCC investigation was announced last year, the commission said that the “885,000 subscribers represent nearly 30 percent of Sprint’s Lifeline subscriber base and nearly 10 percent of the entire Lifeline program’s subscriber base.”

Under this rule, providers of “free” service may only be reimbursed for a Lifeline subscriber if that subscriber has used the service at least once in the past 30 days, and such providers must de-enroll subscribers who don’t use their phones after giving them 15 days’ notice. The rule is meant to protect Lifeline from wasting taxpayer funds on service that isn’t used to benefit individual consumers. The FCC developed this and other rules after investigations showed that companies were aggressively selling free Lifeline service, knowing that they would get paid each month even if consumers didn’t use their phones. Since there was no bill, consumers had no incentive to relinquish the subscription.

The FCC said that the $200 million “is the largest fixed-amount settlement the Commission has ever secured to resolve an investigation.” Sprint also “agreed to enter into a compliance plan to help ensure future adherence to the Commission’s rules for the Lifeline program,” the FCC said.

Officially, the settlement closes the FCC investigation without a finding, even though Sprint admitted taking FCC reimbursements for lapsed subscribers. Sprint’s violations were initially found by an investigation by the Oregon Public Utility Commission. Violations in more states were uncovered when the FCC investigated. According to the FCC, Sprint told the commission that a software problem led to its “systems fail[ing] to detect that over a million Lifeline subscribers nationwide lacked usage over an extended period of time.”