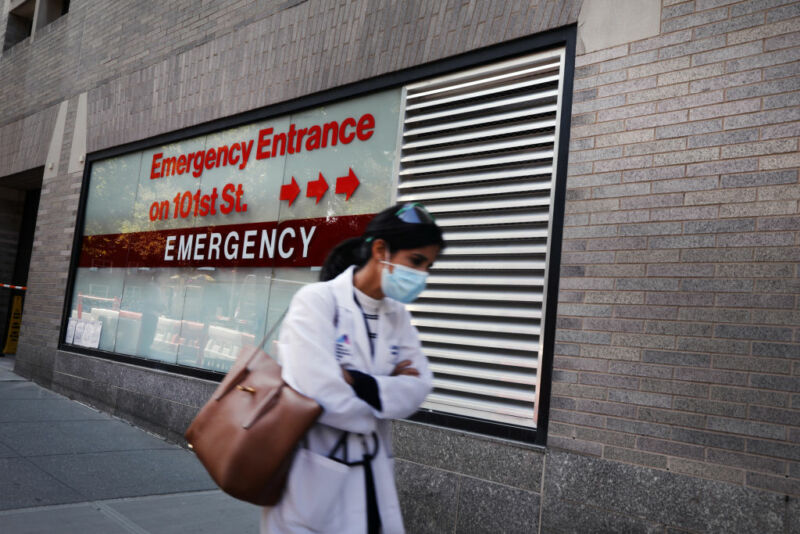 Earlier this year, the federal government made a major change to how data on the pandemic is reported, taking the aggregation of hospital data away from the Centers for Disease Control and Prevention and shifting it into the CDC’s parent organization, the Department of Health and Human Services (HHS).

At the time, there were worries that this represented an attempt to limit the public’s ability to see how bad the pandemic was—worries that were reinforced when the data was no longer made public as it came in. But some recent reporting indicated that the change was primarily the work of White House Coronavirus Task Force Coordinator Deborah Birx, who wanted greater control over the data gathering and processing. Still, regardless of the motivation, the data flowing in to HHS only made its way out to the public via weekly summaries.

Until now. Someone has leaked the daily reports to NPR, which found that the reports weren’t all that they could be, but they could still be useful for public health experts.

That data the daily reports contain is focused on the hospital’s capacity to treat COVID-19 patients. These include things like the availability of hospital beds, ICU capacity, and ventilator use. This can help track the changes in pandemic-driven healthcare needs in real time; for example, NPR notes that ICU bed occupancy has increased by about 15 percent in the past month, tracking a steady rise in positive tests (although it’s probably too soon for it to track the current surge in cases). While the weekly summaries would allow a coarse look at how the pandemic is stressing our hospital system, they’re probably too coarse to provide the sort of detailed analysis that researchers and public health officials need to study and understand COVID-19’s progression.

So who does get access to the daily reports? According to NPR, the circulation is limited to “a few dozen government staffers from HHS and its agencies.” Only a single member of the White House Coronavirus Task Force, Admiral Brett Giroir, appears to get the material. Oddly, this would seem to indicate that Dr. Birx, who spearheaded the changes due to her desire for the data, doesn’t have direct access to it.

About 800 state health officials can also access daily reports, but only for their own states by default. HHS indicated to NPR that these officials have to ask for permission to see the data from other states. This creates a potential hurdle for officials in states like New York, New Jersey, and Connecticut, where a large overlapping metropolitan area compels careful coordination.

Health experts shown the reports by NPR indicated there are two issues here. The first is that the report doesn’t provide background on different hospitals’ capabilities. Some smaller hospitals might strain to care for patients when ICU capacity is down to 10 percent; large ones may be able to handle that with ease. The second issue is that the daily access to changes in hospital availability could help health officials target local behavior, both through targeted limits on activities and simply by using them to motivate the public to take the pandemic more seriously.

Making the daily data available, as mentioned above, would allow researchers to better analyze the pandemic’s impact on health resources. And that, obviously, could potentially help HHS itself, as independent researchers could perform analyses that HHS doesn’t have the staff for or hasn’t considered.

Still, while it’s unfortunate that the government isn’t making this data available to the public, the data is still being maintained should the policy change in the future.