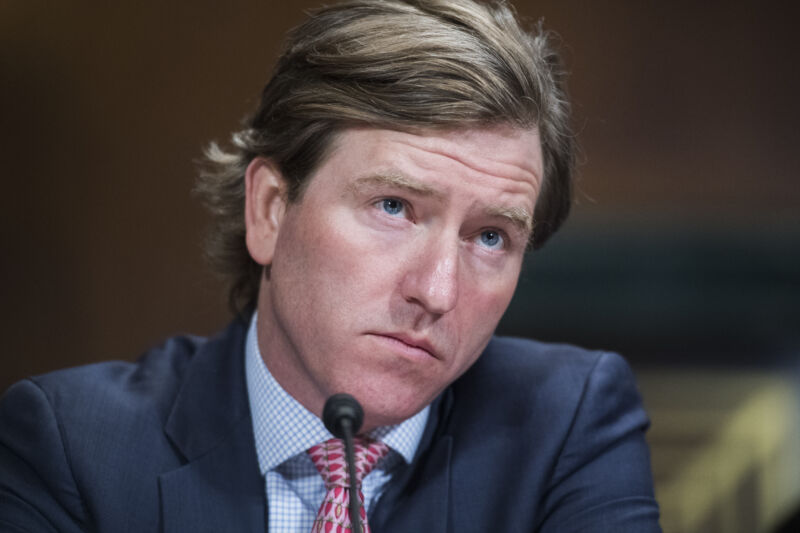 As Donald Trump and his allies have touted unproven claims of election fraud over the last week, the Cybersecurity and Infrastructure Security Agency and its leader, Chris Krebs, have swatted them down. CISA has set up a “Rumor Control” page that debunks common claims about the election.

Now Reuters is reporting that the agency has come under pressure from the White House to knock it off:

White House officials have asked for content to be edited or removed which pushed back against numerous false claims about the election, including that Democrats are behind a mass election fraud scheme. CISA officials have chosen not to delete accurate information.

Krebs expects the White House to fire him, according to three sources who talked to Reuters.

The CISA Rumor Control page is framed in nonpartisan terms. But right now, claims of election fraud are overwhelmingly coming from the Republican side of the political spectrum.

For example, viral rumors have attributed President-elect Joe Biden’s victory in Pennsylvania to thousands of votes cast on behalf of dead people. The Rumor Control page debunks those claims, pointing to “election integrity measures” that prevent such illegal votes.

Trump allies have argued it’s suspicious that thousands of ballots only have votes for Joe Biden and not candidates for lower offices. But the CISA Rumor Control site points out that it’s common for voters to vote in some races—most often the high-profile presidential race—and leave others blank.

Another entry rejects claims that “a bad actor could change election results without detection,” noting that there are rigorous canvassing and auditing processes to detect any large-scale fraud.

“Not a real thing”

While the page was vague on what rumor it was debunking here, Krebs was far more explicit on his personal Twitter account. Krebs denounced an unproven rumor mentioned on Fox News this week that the government had a secret supercomputer called Hammer that it used to steal the 2012 election for Barack Obama and did the same thing for Joe Biden in 2020.

“This is not a real thing,” Krebs tweeted.

A source told Reuters the White House was particularly angry that CISA had debunked this claim.

Earlier this week, Donald Trump fired Defense Secretary Mark Esper. The two have reportedly been at odds since Esper opposed the deployment of US troops to American streets during this summer’s Black Lives Matter protests.