With his campaign’s challenges to the results of the election getting rebuffed at every turn, a frustrated and mostly out of sight President Trump has turned to injecting himself into the election tallying and certification process, reportedly inviting GOP legislators from Michigan to the White House. 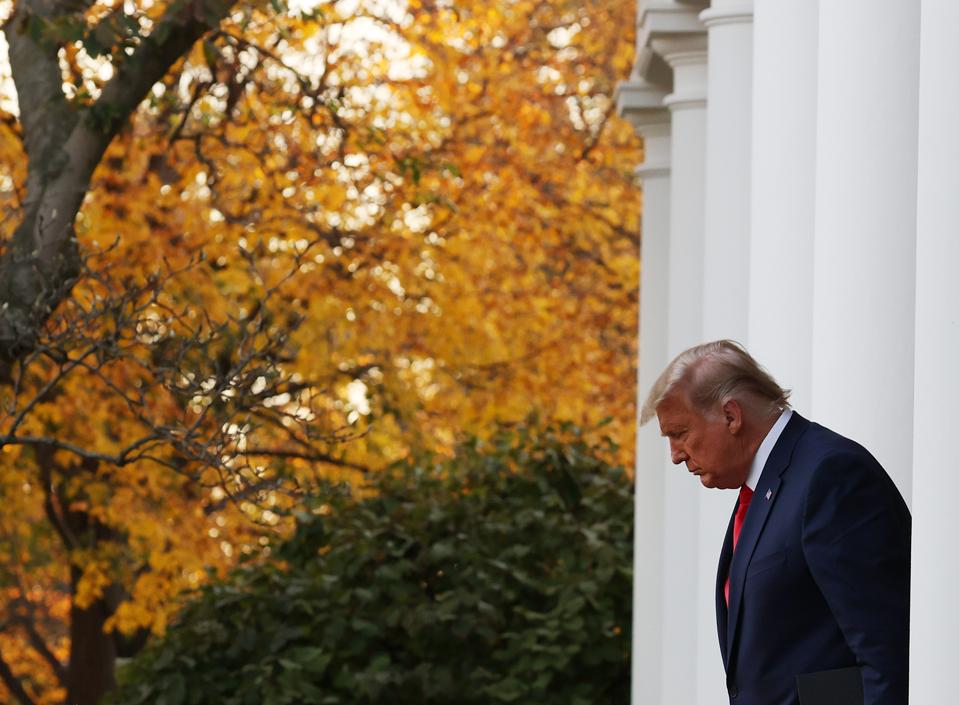 WASHINGTON, DC – NOVEMBER 13: U.S. President Donald Trump walks up to speak about Operation Warp … [+] Speed in the Rose Garden at the White House on November 13, 2020 in Washington, DC. The is the first time President Trump has spoken since election night last week, as COVID-19 infections surge in the United States. (Photo by Tasos Katopodis/Getty Images)

According to the New York Times, Trump has invited the GOP majority leader in the Michigan State Senate, Mike Shirkey, and several other state lawmakers to the White House on Friday.

It is not clear what Trump plans to discuss with the lawmakers or how many will be in attendance for the meeting, though some Trump allies have recently floated the unlikely scenario of an Electoral College “coup” in which the GOP-led legislature would set aside the results of the vote and award the state’s 16 electoral votes to Trump instead of President-elect Joe Biden.

Shirkey recently shot down the possibility of an Electoral College revolt in an interview with Bridge Michigan, a local news outlet: “That’s not going to happen,” he said Tuesday.

It’s the second time this week Trump has reached out to Michigan officials, days before the state is set to certify its results. Earlier Thursday, the Washington Post and several other outlets reported Trump called a Republican election official in Wayne County, Mich., before she and a fellow GOP official attempted to rescind their certification of the county’s election results.

The Trump campaign dropped its lawsuit seeking to stop the certification of results in Wayne County on Thursday because, they claimed, the board of canvassers “met and declined to certify the results of the presidential election.” However, that’s false—the board certified the results.

154,187. That’s Biden’s current unofficial lead in Michigan. The state—and the election—have been called by all major outlets for Biden.