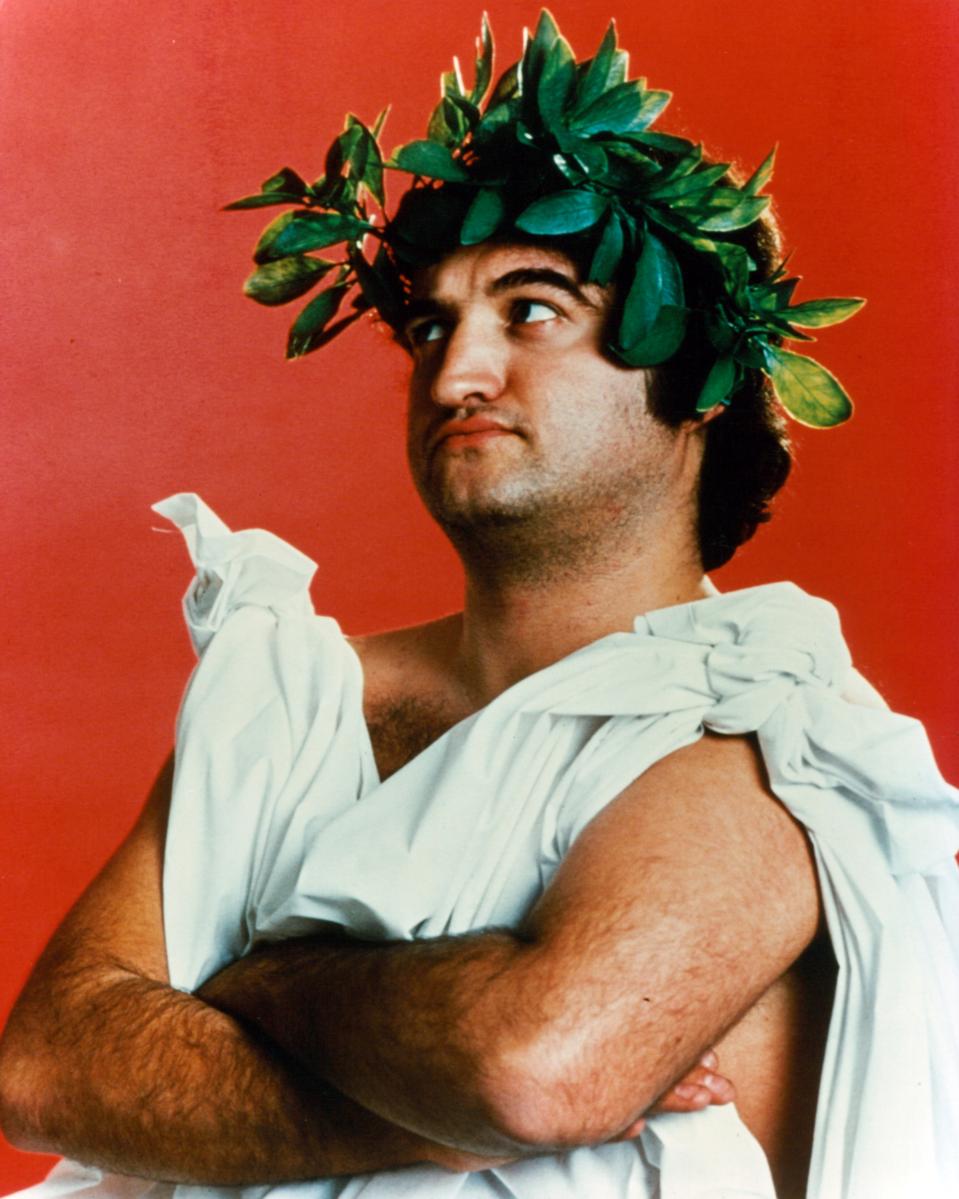 “Every project comes with mountains that need to be climbed. They often include archival content. The acquisition of clearances was epic on this project and could have been prohibitively expensive if every single person we went to hadn’t responded to us with love and generosity,” enthused R.J. Cutler, the award-winning filmmaker behind Belushi.

“Folks who could have charged us and would have every right to charge us, an arm and a leg for material, but they charged us a cuticle. Lennon and McCartney basically gave away the store. Lorne Michaels, the folks at Universal, the list goes on and on, they could have all charged us the earth, but they love John, and they gave from their hearts. This documentary would not have been made had that not been the case.”

Belushi uses previously unheard audio interviews with Dan Aykroyd, Penny Marshall, Lorne Michaels, Carrie Fisher, and Harold Ramis, among others, to provide a unique insight into the life of the legendary comedian, John Belushi. It also examines his fight for sobriety and struggles with addiction.

“My producing partner, John Battsek, and I decided that we wanted to make a film about John Belushi, Cutler explained. “For many years, he’d been pursuing his wife, Judy, and she had been putting him off for many years, but she kept saying she didn’t think the time was right. So, he and I went off and made another film together about Marlon Brando. When that was done, we went to lunch and talked about what we might do next and wondered if maybe now Judy would think the time was right. He reached out to her, and she said she was open to it. We went to Martha’s Vineyard, and we spent time with Judy, long days walking around with her and sitting on the edge of the cliff that we see in the movie, overlooking the ocean. She told me stories about her and John’s life together, and we got to know each other. That was when Judy invited us to look through John’s archive, which she was going to give us access to in the making of this film.”

“In that collection, there were many extraordinary things that we were not expecting. There were John’s letters, and we hadn’t realized that he had been such a prolific letter writer. For a man who was so private, he was extremely forthcoming in those. We also discovered these audiotapes, which of course, Judy knew existed, but she had put away having utilized them for a book she’d published, which was an oral history of John’s life. But the book was the tip of the iceberg for the tapes, and nobody had ever heard them. The book was a tiny fraction of what the tapes contained. We took those tapes, arranged for the transfer, and listened to them, and in those audio tapes, I discovered the foundation for the film.” 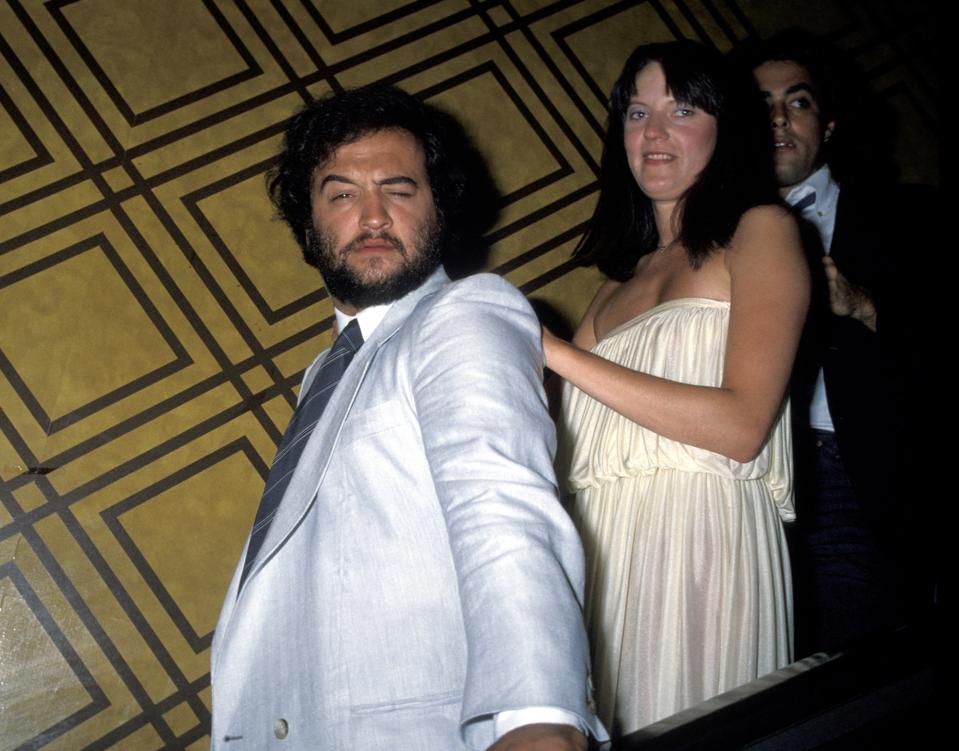 Excerpts from various letters between Belushi and his wife are read throughout the documentary by Bill Hader. There is a soulfulness, beauty, fragility, and intimacy to them that will surprise many people.

“I share those feelings. It was both very beautiful, and I also think very Belushi,” Cutler confirmed. “In reading those letters, Hader profoundly captures the essence of the man, his heart, and his soul, without performing Belushi, and that brings them to life in a compelling way. It’s heartbreaking and tragic, but for a filmmaker who’s looking to capture the essence of who this man was, and what his life was, it was revelatory.”

One aspect of Belushi that pops and adds to the documentary’s authenticity is archive content presented in the original aspect ratios. It was a deliberate creative choice.

“I love that you’re asking that because one day I was looking at a cut, and somebody in the process had taken it on themselves to change the aspect ratio so that everything was consistent and my heart stopped,” Cutler recalled. “I was like, ‘What are we doing? I want to see John Belushi the way I saw him in 1975. The black space is fine. We can handle it. We can handle a four by three image. We don’t need to fill the full widescreen. It’s okay.’ So it was a very, very conscious decision to see all material in its original format to the greatest degree possible.”

By the time he was 30, Belushi was on the number one television show, Saturday Night Live, he had the number one comedy in movie history and the number one album in the world thanks to The Blues Brothers. How different would comedy be without Belushi’s influence?

“I’m going to encourage you to step back even further from that,” Cutler encouraged. “I’m going to ask how different would comedy have been if John Belushi, as the director of The National Lampoon Radio Hour, not traveled to Chicago and Toronto and encouraged the future members of the Not Ready For Primetime Players to come together and work with him? How different would comedy be if John Belushi hadn’t gone up to Toronto and met Dan Aykroyd? How different would comedy have been if Harold Ramis and John Belushi hadn’t formed the deep friendship they formed? We should also credit the enthusiasm of Lorne Michaels for the creation of Saturday Night Live, the sustaining of Saturday Night Live, the frequent recreation of Saturday Night Live. It changed the culture. But you can’t deny the fact that it was John Belushi, who first brought that group together.”

“On the second season of Saturday Night Live, John became its leader. In the interim, he was always the show’s heart and soul. Chevy was funny, he was doing slapstick and making goofy faces and falling over, but that stuff was pretty old school. And there was John Belushi. That was a school nobody had ever seen before. How different would it be without John Belushi? Maybe a proper historian of the last 45 years of comedy should answer that question, but I can tell you my answer is a lot, no question.”

He added, “What I think is one of the great revelations of this film is that he was not just a man who was one of the most talented physical comedians ever. John is not just a man who had some brilliant ideas but also a true visionary. He gathered people around him. Right from the time he was a kid, if you asked John Belushi to show up at play rehearsal, he shows up, and he brings ten other people with them. If John Belushi wants to be in a band with you, he shows up, and he brings a little audience with him, so your band has a following. John Belushi gathered these people. Look at who they were. He gathered all-time greats. Nobody was carrying anybody else because they were all lifting each other to the greatest heights.”

“John was, unfortunately, a victim of his disease, his addiction, and of a culture that had not yet matured in terms of its ability to help its citizens overcome it,” Cutler reflected. “The Betty Ford clinic opened the year John died. Drug use was recreational in the 60s and 70s. The culture didn’t know the damage it was going to cause. Many people who are genetically or psychologically inclined to addiction issues don’t have a path out. As Carrie Fisher so powerfully tells us in the film, the tools to overcome it were not available. I don’t think it has to do with a bad film or two. There wasn’t the knowledge that careers last a long time.”

He concluded, “You were still in the era where rock and roll bands couldn’t imagine being together for more than a decade. You had The Beatles and The Rolling Stones and the Saturday Night Live folks and the Monty Python guys. The Stones stuck together, and the Python guys stuck together, but The Beatles broke up, and the Saturday Night Live folks broke up. You didn’t stick it out forever. I’m not sure John knew that he could go away and get better, and in time, everything would be fine, and he could return. It wasn’t seen as an option.”