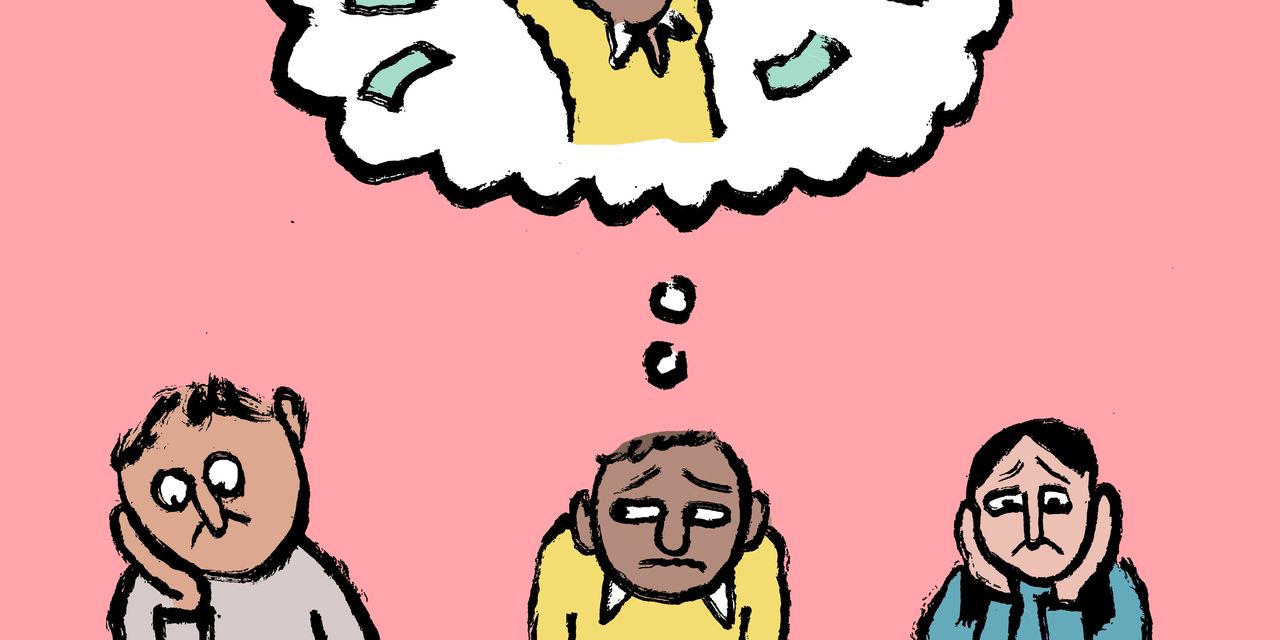 Feelings of financial guilt have plagued many prospering in the uneven economic recovery. In some cases, those emotions along with gratitude are changing spending behavior.

“Some of my clients have expressed feelings of survivor’s guilt, wondering why they are doing so well when others aren’t,” said Sue Peck, a financial planner in Madison, Wis.

As Friday’s jobs report showed, the labor market is healing but the recovery still has a ways to go. The unemployment rate and the 11 million people out of work are still double pre-pandemic levels.

The lingering economic pain and uncertainty is changing how some people think about their personal finances, some advisers say. Before the pandemic, some may have felt guilty about pricey purchases. Now, the feeling is spurring some to spend at local businesses or on tips for gig workers.

Austin, Texas-based financial adviser Jennifer Failla said that since the pandemic she has noticed an uptick in clients who are hiding some big purchases and buying luxury items such as expensive watches, jewelry, or even pricey cars and vacation homes, in secret. One of her clients recently bought a second home on the beach in South Carolina. The client said she told no one else besides Ms. Failla because she felt guilty.

Others are changing the way they do business due in part to their conflicted feelings about their own prosperity. Jacquie Edwards, a financial coach, says several of her clients say they are reluctant to charge the full price for their company’s services.

Increased awareness of other people’s hardship is a pattern advisers have noticed. While it may not always lead to action, it has changed some of the dialogue advisers have had with their clients in recent months.

“We’re all in our own bubble and rarely get a chance to see outside of it,” said Laura Davis, a financial planner in Decatur, Ga.

Others say they have long had an understanding of other people’s struggles, but the coronavirus and subsequent economic downturn have put a fine point on that understanding.

“The pandemic has made me more aware and sensitive to other people’s needs and I feel more grateful for what I have,” said Hedda Nadler, a publicist based in New York City.

While Ms. Nadler would usually spend just a dollar on a small coffee at her local Midtown Manhattan cart, she’s decided to add a muffin and scone to her order each weekday morning. She doesn’t eat both pastries, but she feels that the extra three dollars a day she’s now spending is a way to help a small-business owner.

As unemployment remains high in sectors hard hit by the pandemic, giving to charity or directly to others is another way some people are spending.

During the initial months of the pandemic, 56% of U.S. households engaged in charitable activity in response to the crisis, including monetary donations and more personal acts of charity such as continuing to pay cleaners or gardeners during the lockdown, according to a May study by Indiana University’s Lilly Family School of Philanthropy.

The Restaurant Employee Relief Fund received over $21.5 million in donations for restaurant workers as of July 2020. The fund has helped over 43,000 workers around the U.S. via $500 grants, mostly going to front-of-house restaurant workers who depended on indoor dining and tips.

The average individual giver donated about $75, said Rob Gifford, the president of the National Restaurant Association Educational Foundation. What has surprised him most is the number of people who have sent in anonymous donations, some as large as $5,000 and $10,000. He believes a lot of people’s gifts are coming from a place of recognized privilege; they aren’t looking for recognition.

“Those of us who have not lost a loved one, who are still employed right now, are feeling really grateful,” Mr. Gifford said. “I think we are touching a nerve.”

He believes the common motivation among givers to the fund is “a deep-seated desire to try and bring communities back.” This is a way for those who feel fortunate to invest in their communities and communities like their own, he said.

Many are tipping more than they did before the pandemic and plan to continue this new behavior for the duration of the crisis.

Instacart has seen a marked increase, as earnings from tips have nearly doubled since before the Covid-19 pandemic.

Grubhub
said diners have been more generous with their tips to drivers. Percent tip across Grubhub and Seamless went up nearly 15% in the first months of the pandemic, compared to before. Since then, tips have remained elevated.

Mr. Patterson, who runs a law practice with his father, saw many who lost their jobs during the pandemic turn to the gig economy as a way to make ends meet. Before the pandemic he says he typically tipped 20% to 30%. Now, he alongside the law firm tips delivery and restaurant workers anywhere from $500 to $1,000. The team does this about every couple weeks and has no plan to stop this new practice in the near future.

One man returned to Mr. Patterson’s door to express just how much the act had meant to him.

“He was involved in a car accident, had hit a deer, was doing DoorDash with his wife and his newborn baby, and their rent was due, and it could not have been more perfect timing,” he said. “It was one of the coolest experiences in my life.”

Write to Veronica Dagher at veronica.dagher@wsj.com