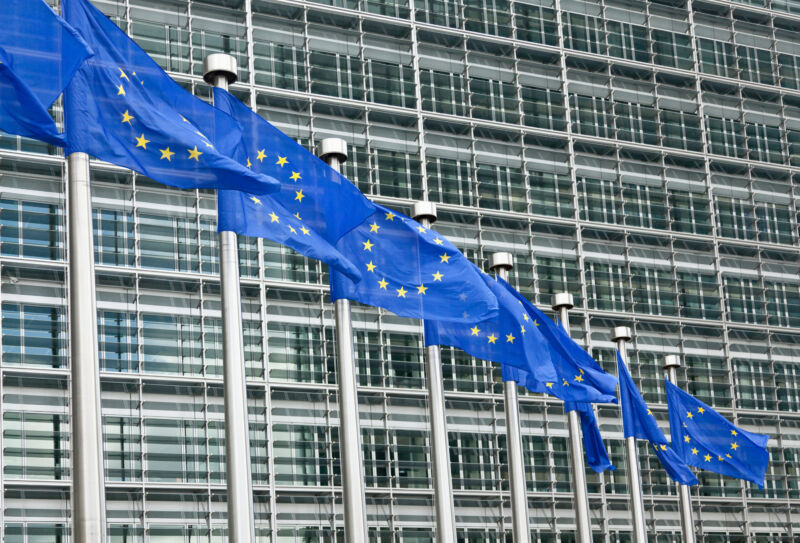 European regulators once again have the behavior of the biggest US tech companies—Amazon, Apple, Facebook, and Google among them—squarely in their sights as they move forward with a proposal to reform how digital marketplaces and data sharing operate.

An early draft of the Digital Services Act, under consideration by the European Parliament, would not only require tech forms to share data with smaller rivals but would also limit the ways companies can use customer data they’ve already collected, the Financial Times was first to report.

Under the proposal, tech firms with the potential to act as gatekeepers “shall not pre-install exclusively their own applications nor require from any third-party operating system developers or hardware manufacturers to pre-install exclusively gatekeepers’ own application,” according to Reuters. The draft also mandates that gatekeeper companies will also not be permitted to use data collected on their platforms to target users unless that data is also shared with rival firms.

There’s something in the draft for every major US tech firm to object to, it seems. Apple and Google in particular are likely to object to the provisions limiting preinstalled apps on hardware, as both iPhone and Android devices come complete with a whole suite of integrated first-party programs that you may or may not ever be able actually to delete. Apple is also highly likely to object to a provision that would effectively prohibit gatekeeper firms from blocking side-loading or alternative app stores or payment methods—the entire heart of the current dispute between Epic and Apple.

Meanwhile, Google, Facebook, and Amazon—all of which rely on tying together vast reams of user and competitor data—are likely to object to the provisions requiring information they see as proprietary to be shared with rivals.

Not the first time

The European Union has taken several previous stabs at enhancing competition in the digital marketplace, but its well-intended efforts have not always proven successful. For example, in Europe, as the result of a massive antitrust case, Google is required to offer Android users a chance to select their default search provider at device setup. The non-Google alternatives are selected by auction, however, and independent search provider DuckDuckGo this week had sharp criticism for the process after losing its position to Microsoft’s Bing.

“This auction format incentivizes bidders to bid what they can expect to profit per user selection,” DuckDuckGo wrote in a company blog post. “The long-term result is that the participating Google alternatives must give most of their preference menu profits to Google! Google’s auction further incentivizes search engines to be worse on privacy, to increase ads, and to not donate to good causes, because, if they do those things, then they could afford to bid higher.”

Google, in a submission to the Act package, pushed back on the idea of gatekeeper firms, according to the Financial Times. “In certain sectors, the platform may have market power; in others, it may be a new entrant or marginal player,” Google said, probably describing itself. “The digital ecosystem is extremely diverse and evolving rapidly and it would be misguided for gatekeeper designations to be evaluated by reference to the position of an entire company or corporate group.”