PNC Financial Services
’ acquisition of the
BBVA
franchise in the U.S. would make its “regional bank” nametag increasingly obsolete. The question is whether that also transforms its profitability.

The $11.6-billion deal agreement flows from PNC’s sale of its stake in
BlackRock
earlier this year, which pulled in $11.1 billion after tax. By paying all cash, PNC is in effect swapping out the BlackRock stake, which generated good returns but didn’t add much strategically, for a major expansion of its core business footprint.

Some investors may have been dreaming that a bank with $10 billion to play with could radically rethink the whole concept of banking, perhaps with a huge bet on tech. But many big banks are still finding that core relationship banking and branches, even in a scaled-back form, remain part of the playbook to grow truly profitable customers. That may be particularly so in commercial banking, where PNC will be tilted after the deal. 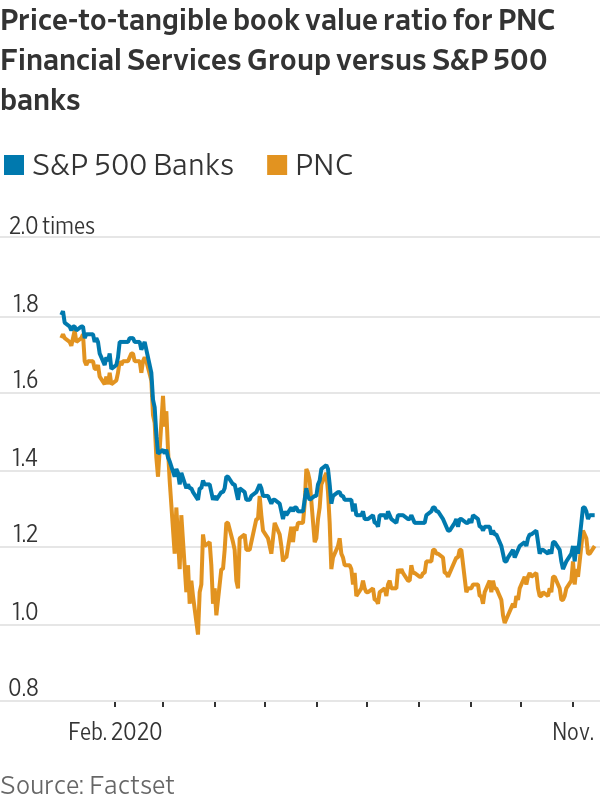 Instead, investors should think about what PNC is aiming to redefine, which is the “regional bank” appellation. By adding BBVA in places like Texas, the Sun Belt and California to PNC’s eastern center of gravity, postdeal the bank would be in 29 of the top 30 U.S. metropolitan statistical areas, up from 22.

So even if it is a different kind of bank, far more “Main Street” than “Wall Street,” it is more national in footprint than
Citigroup,
for example, along some dimensions. It may also be more national than some peers in asset size among “regionals,” such as U.S. Bank or Truist that have regional branch gaps on the East Coast or West Coast, respectively.

Given the government scrutiny of every bank deal, there is further logic to such an expansion. For a bank like PNC already well above a key threshold of $250 billion in assets, its ultimate capital ratio requirements typically depend more on its mix of business than its size. If PNC had added, say, an investment bank with a big trading desk, it might have ended up facing more stringent capital requirements due to its complexity or riskiness than it would by adding a large amount of the same type of banking in more regions.

PNC is betting that the best way to add returns at a time of historically low rates is to bet on applying its operational know-how, including cost reduction and an improved technology backbone. It estimates that it can generate a 19% internal rate of return on the deal, which is likely better than banks are typically getting on just deploying their capital in lending these days.

PNC estimates about 21% accretion to its earnings-per-share by 2022. Investors may want to keep an eye on return on equity, too. PNC projects a postdeal return on common equity of 10.5% in 2022. That is about what analysts are projecting for this year, at 10.6%, according to Visible Alpha, and shy of last year at over 11%. But it is still much more than analysts were forecasting for 2022, which is under 10%.

So at a time when returns to risk from lending money are low, the returns to taking business risk are relatively better. That may not be radical, but if well-executed it could still be lucrative.