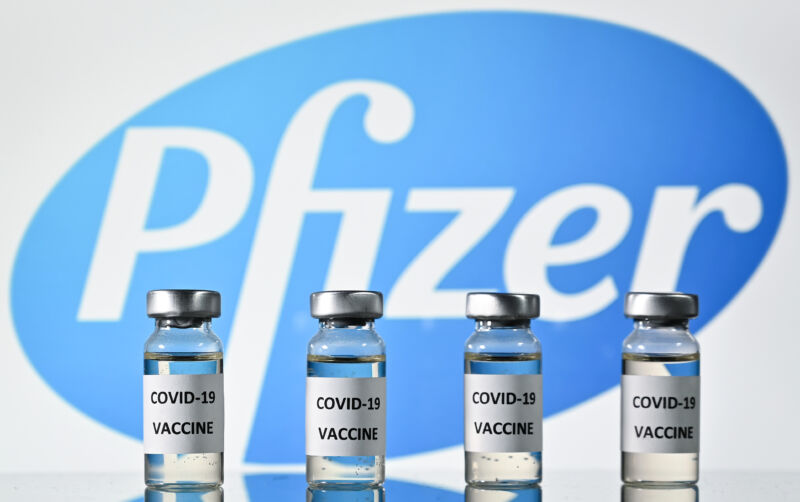 The companies added that they have also met a safety milestone—collecting a median of two months of safety monitoring data on trial participants—to file a request for an Emergency Use Authorization (EUA) with the US Food and Drug Administration. They plan to file the request “within days.”

“The study results mark an important step in this historic eight-month journey to bring forward a vaccine capable of helping to end this devastating pandemic,” Dr. Albert Bourla, Pfizer Chairman and CEO, said in a statement. “We continue to move at the speed of science to compile all the data collected thus far and share with regulators around the world.”

The final trial results come less than 10 days after an interim analysis found that the mRNA vaccine, BNT162b2, was over 90 percent effective. That interim analysis of the blinded data was triggered at a point when 94 of the more than 43,000 participants became ill with symptomatic cases of COVID-19. Though the news was widely celebrated, many experts were still cautious about the limited information available on the trial. The results were merely announced in a press release and did not include data on disease severity, demographics, nor asymptomatic cases.

The new announcement today still consists of limited information in press-release form. However, it should alleviate some of the most pressing concerns.

The final analysis was triggered when 170 cases of symptomatic COVID-19 developed among the 43,661 enrolled participants, of which 41,135 had received a second dose of the vaccine as of November 13.

Of the 170 cases, 162 were in the placebo group and eight were in the vaccinated group, yielding the 95 percent efficacy. That efficacy appeared consistent across racial and ethnic backgrounds. The trial included 150 trial sites across the United States, Germany, Turkey, South Africa, Brazil, and Argentina. The companies noted that about 42 percent of the global participants and 30 percent of the US participants have racially and ethnically diverse backgrounds.

The vaccine was also protective regardless of age. The companies noted that 41 percent of global and 45 percent of US participants are aged 56 to 85. The observed efficacy of those over 65 years old—the age group with the highest risks from COVID-19—was over 94 percent.

Moreover, the companies noted that there were 10 cases of severe disease among the 170 cases total. Of those ten cases, nine were in the placebo group and only one occurred in the vaccinated group.

As for side effects, the companies once again found no serious events. The worst of the side effects were Grade 3 fatigue and headache that occurred in a small number of participants. The Grade 3 rating meant it was bothersome enough to disrupt daily activity but didn’t require hospitalization. Older adults tended to report fewer and milder effects.

Though the readouts from the trial data look good in the press release, experts are eager to see the data. They also caution that the final efficacy percentage—95 percent—still has statistical wiggle room after such a speedy trial and analysis. Still the data is seen as more positive news for this vaccine—and the many others that use similar strategies of training the human immune system to attack the SARS-CoV-2 spike protein.

Moving forward with BNT162b2, Pfizer and BioNTech said they still expect to have up to 50 million vaccine doses in 2020 globally and up to 1.3 billion doses by the end of 2021. There has been much discussion over the vaccine’s ultra-cold storage requirements—requirements that other vaccines do not have, including Moderna’s, which this week released similarly positive interim efficacy data. But Pfizer and BioNTech tried to address concerns in their announcement Wednesday, saying:

Pfizer is confident in its vast experience, expertise and existing cold-chain infrastructure to distribute the vaccine around the world. The companies have developed specially designed, temperature-controlled thermal shippers utilizing dry ice to maintain temperature conditions of -70°C ± 10°C. They can be used be as temporary storage units for 15 days by refilling with dry ice. Each shipper contains a GPS-enabled thermal sensor to track the location and temperature of each vaccine shipment across their pre-set routes leveraging Pfizer’s broad distribution network.