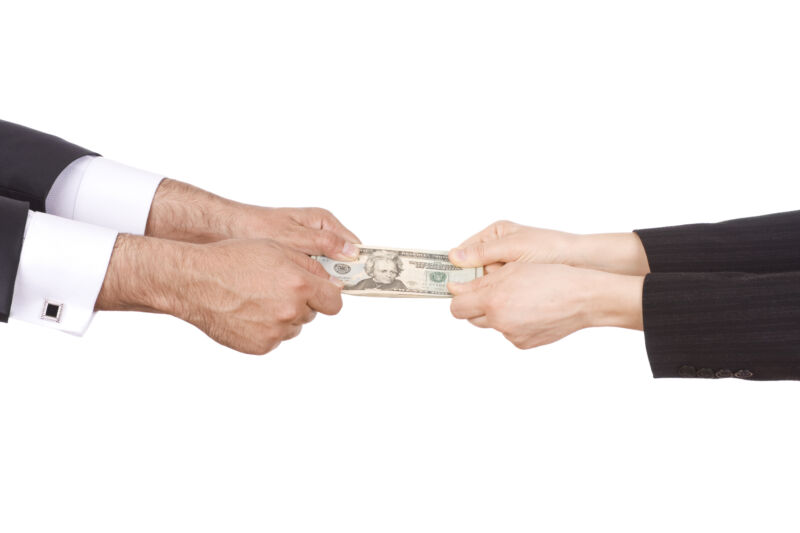 San Francisco voters overwhelmingly approved a ballot measure to impose an extra tax on any company that pays its highest-paid employee over 100 times more than its median worker.

“This tax not only affects large, local firms like Salesforce, but also large corporations that do business in the city, like Visa and J.P. Morgan,” NBCNews wrote. A similar tax in Portland, Oregon, affects only publicly held companies, but the San Francisco tax affects both private and public firms, the NBCNews article said.

The percentages charged will vary depending on the size of the “executive pay ratio” between the top and median salaries. City government leaders urged voters to approve the tax, writing:

The more inequity between the top executive and their workers, the higher the surcharge. Corporations can avoid the tax by simply paying their executives less or by raising their employees’ wages.

We believe that big corporations that can afford to pay their executives million-dollar salaries every year can afford to pay their fair share in taxes to help us recover. Over the last 30 years, executive salaries in the United States have skyrocketed by 940 percent. But regular workers’ salaries have grown by just 11 percent. Prop L incentivizes companies to invest in their workers, not just their executives.

City leaders also said the new tax “would allow the City to hire hundreds of nurses, doctors, and first responders.” But the revenue may vary a lot from year to year. “The narrow base of expected payers, annual fluctuations in the value and form of executive compensation, and potential relocation risk associated with tax increases contribute to high volatility of the proposed tax, and estimates based on prior years’ activity may not be predictive of future revenues,” City Controller Ben Rosenfield wrote, explaining his revenue estimate of $60 million to $140 million a year.

The tax was opposed by conservatives.

“Employees’ salaries are based on experience and on value to a company. By enacting such a bizarre hocus-pocus tax on executive salaries as Proposition L seeks to impose, the incentive for hiring new entry-level employees (or retraining current employees due to Covid-19 changes in business) would diminish,” said the opposition’s official statement, written by Republican politician Richie Greenberg. “In other words, companies would reduce or stop hiring low-level employees as an answer to this measure, if it should pass. Moreover, such a tax would most likely prevent the attraction of new businesses to relocate to San Francisco, at such a time as we are seeing unprecedented economic downturn due to the pandemic.”

Greenberg also accused City Hall leaders of “an unhealthy obsession with social media and information technology” and ignoring that “San Francisco is much more than simply social media tech.”

“[T]he sentiment of many of City Hall leaders is that the technology sector has created economic imbalances—yet these same leaders ignore the fact that state-of-the-art advanced medical research facilities and the financial services sectors have a large impact and employee base in the city,” he wrote.

The city’s Democratic Party countered, “Don’t believe the scare tactics of the Republican Party. San Francisco is one of the most desirable cities in the United States for companies to be located. A small .01 percent of their corporate taxes will have little to no impact on companies that can afford to pay their CEOs millions of dollars a year.”

The ballot question’s success shows that “voters are demanding we take action on inequality,” Matt Haney, who serves on the city’s Board of Supervisors and sponsored the ballot question, wrote on Twitter. The new revenue will “support our health and public health systems, which are deeply strained from the consequences of inequality. We will hire nurses, social workers and emergency responders, and expand access and treatment,” he wrote.