In the outside world, pandemics and electoral politics are raging. But gaming company
Nintendo
looks comfortably ensconced in its customers’ living rooms following another strong quarter.

The Japanese game company delivered another blowout quarter: operating profit for the three months ending in September more than doubled from a year earlier while revenue grew 51%, both far ahead of analysts’ estimates according to S&P Global Market Intelligence. “Animal Crossing,” a game on Nintendo’s Switch console, has been a hit for people forced to stay at home during the pandemic. Nintendo sold 14.3 million copies of the game from April to September, its bestselling title during the period. 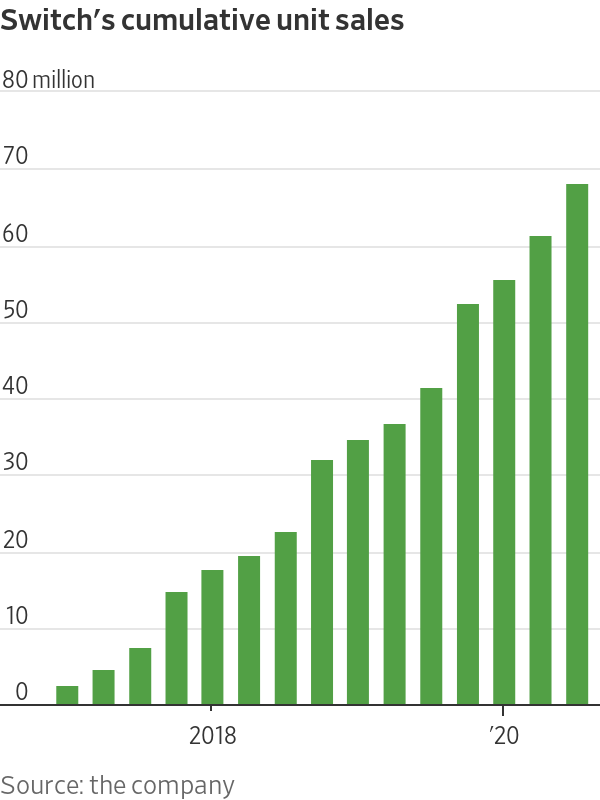 Nintendo has also raised its operating profit forecasts for the fiscal year ending next March by 50%—a rare move ahead of the holiday season for the usually conservative company. Nintendo now expects to sell 24 million of its Switch consoles this fiscal year, making it potentially the best year for Switch sales since the gaming console’s launch in 2017. The pandemic boom will likely extend the life of the console as it enters the middle of its life cycle.

The coming holiday season will give Nintendo another boost, even with a looming console war. Both
Microsoft
and
Sony
will launch their next-generation consoles next week, but Nintendo stands a good chance to set itself apart from these two.

The Japanese company has been targeting a different market: families and more casual players. As the company said in September, the company’s DNA is to create games for all ages that anyone can intuitively enjoy. Nintendo has stuck to what it called “integrated hardware-software” approach: around 80% of its games are made by Nintendo itself. That means gamers will need to buy a Switch if they want to play Nintendo games that are only available on the console.

But Nintendo also needs to start preparing for life after the current boom. Companies from
Amazon
to Googleare trying to get into cloud gaming, which allows gamers to play games on any devices. Nintendo has made little money outside of its console gaming business so far: mobile games only make up less than 4% of its revenue.

Cloud nine probably won’t last forever for Nintendo, but for now its family and console-focused strategy seems to be paying off.