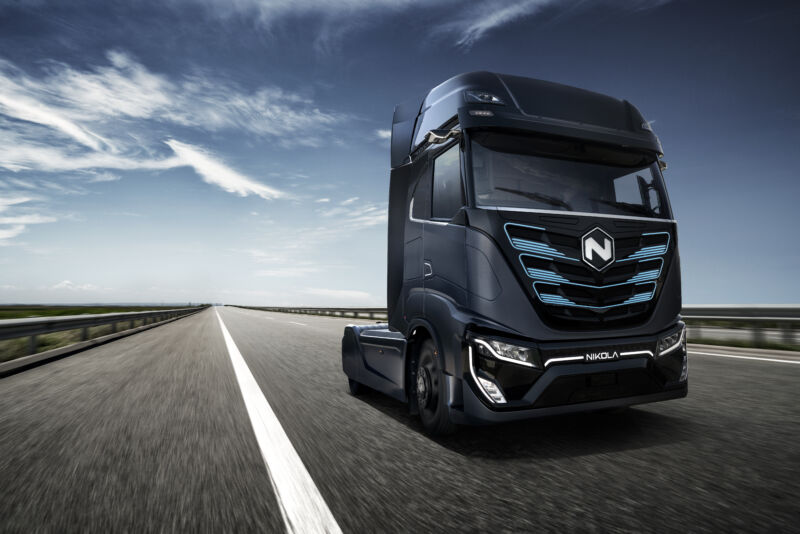 Electric truckmaker Nikola was widely ridiculed in September when a short-selling firm revealed that its first truck, the Nikola One, never worked. A promotional video of the truck “in motion” actually showed the vehicle rolling down a hill.

But the company’s latest quarterly financial results, released Monday, show that Nikola has something it didn’t have in 2016: truckloads of cash. Specifically, Nikola has $900 million in the bank—most of it raised when the company went public back in June.

Nikola says it spent $117 million in the third quarter of 2020 while bringing in no revenue. The losses were smaller than some analysts had expected, and investors reacted positively to the results, sending Nikola’s stock price up by 2 percent in after-hours trading.

Nikola’s war chest means that, despite the company’s shambolic origins, Nikola might still have a shot to become a viable truckmaker. The company’s cash should last about two years at the current burn rate. So Nikola has until 2022 to either begin generating revenues or raise more money from investors. 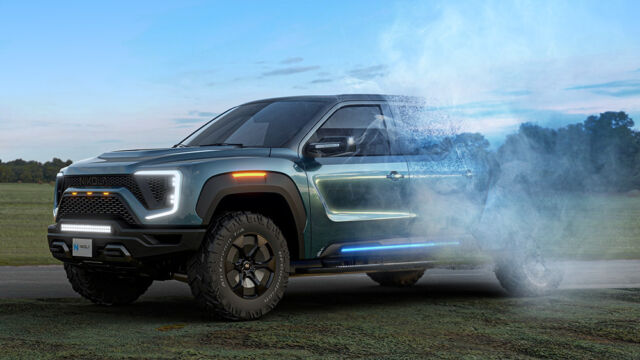 Under Nikola founder Trevor Milton, Nikola was trying to launch several products at the same time. But while $900 million is a lot of money by most standards, it’s probably not enough money to bring multiple vehicles to market. Milton resigned in disgrace back in September, and since then the company seems to have narrowed its focus.

Nikola’s strategy has been to partner with more experienced truckmakers to get help designing and building its trucks. In announcing its third quarter financial results, Nikola focused on its partnership with Italian truckmaker Iveco to build a battery electric semi truck called the Nikola Tre. Nikola says it recently completed assembly of the Tre prototype and expects to complete four more before the end of the year.

Nikola expects to begin manufacturing the Tre at Nikola’s manufacturing plant—currently under construction in Arizona—next year. The company hopes to begin shipping the Nikola Tre in “late 2021,” according to a Monday filing with the Securities and Exchange Commission.

Nikola says it still hasn’t closed a deal with General Motors that was originally scheduled to close by September 30. Monday’s press release doesn’t include any other discussion of the Badger pickup truck GM was supposed to build for Nikola. That’s consistent with statements made last month by Nikola CEO Mark Russell that the Badger was an “interesting and exciting project” but that Nikola was “focused on heavy trucks and hydrogen infrastructure.”

At this point, I wouldn’t be surprised if Nikola simply allowed its deal with GM to lapse. The deal sent Nikola’s stock soaring when it was announced in September. But it would require Nikola to pay GM hundreds of millions of dollars—cash Nikola likely needs to bring the Tre to market.

Hydrogen is still a few years away

It’s also possible that Nikola’s hydrogen trucking business won’t pan out at all. Nikola has reportedly struggled to find a partner for a planned network of hydrogen-fueling stations. Under Trevor Milton, Nikola claimed it had figured out how to produce dramatically cheaper hydrogen fuel, but details about this have not been forthcoming. If the hydrogen trucking business proves not to be viable, Nikola might be able to fall back on selling battery electric trucks.

The larger issue for Nikola is that paying other companies to build trucks isn’t likely to be a very lucrative business model in the long run. It’s not clear if Nikola has developed any significant technologies of its own, or if it will manage to do so in the next couple of years. But with $900 million in the bank and a more realistic roadmap, Nikola at least has a chance to develop into the viable electric truck company it has pretended to be since 2016.

Mavericks’ Luka Doncic Has Championship Aspirations Heading Into A Season