Here’s what we’re watching as markets kick into gear on Tuesday.

—U.S. stock futures are ticking higher as investors await the outcome of two electoral races in Georgia that will determine control of the Senate, suggesting that major indexes could take back some of the losses suffered on the first trading day of 2021. Read our full market wrap here.

—Manufacturing data from the Institute for Supply Management will be out at 10 a.m. ET and are expected to show an expansion in December, although at a slower pace than the previous month.

—
Citigroup
is hosting a virtual conference on the global technology, media and telecommunications sectors. Executives from
Verizon,
Entravision and
Lumen Technologies
are scheduled to speak at the event.

—Data-storage company
Smart Global Holdings
will be one of the very first to report earnings this year after markets close.

—Sunny-side up: Shares of solar-power developer SolarEdge Technologies are up 3.6% in premarket trading.

—Bionano Genomics shares are down 23.5% in premarket trading, after the biotech company surged over 100% on Monday. It published a study on autism in the Journal of Personalized Medicine.

The Dow and the S&P 500 on Monday both notched their biggest one-day declines since late October, retreating sharply from records set just days ago. 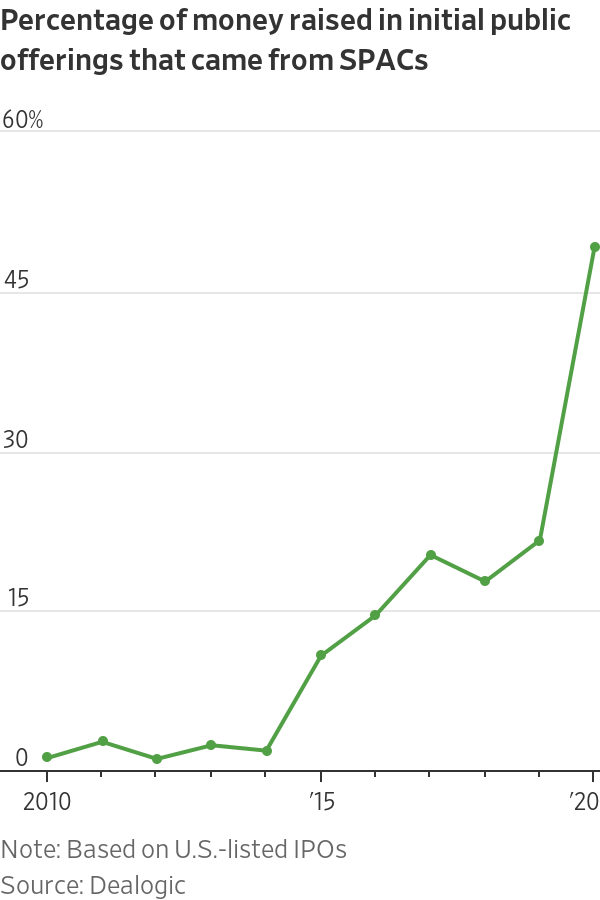 U.S.-listed special-purpose acquisition companies, or SPACs, raised $82 billion in 2020, a more-than-sixfold increase from the year before and a figure greater than all of the money previously raised, according to Dealogic.

Georgians Vote in Runoff Races That Will Determine Senate Control