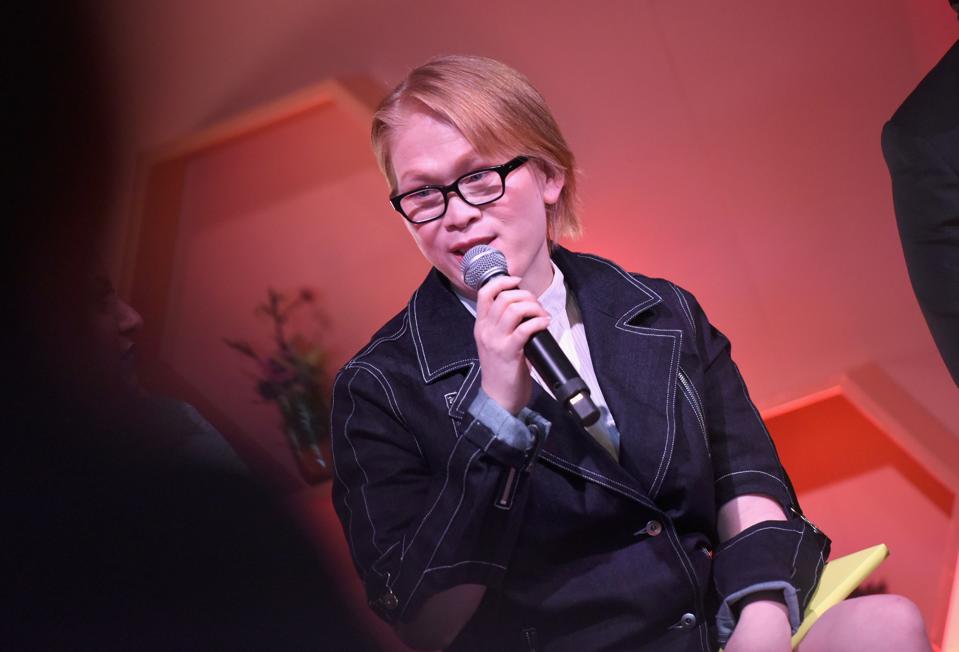 “You look the same,” a classmate gushes at Meredith Talusan during a 20th Harvard College reunion though, as an undergraduate, she* was known as “Marc.” In subsequent years, the celebrated journalist had transitioned and now called herself “Meredith.”

Later that same day, Talusan enters her former dormitory room on campus. Spying a mirror, she looks at her reflection and wonders if it’s possible to identify some part of a man staring back, despite the sacrifices she’s made.

The dramatic scene leads Talusan’s new memoir Fairest (Viking Press), about her early life as a boy living with albinism in a rural Filipino family and the complicated journey it took to become a successful writer and gender-nonconforming transfeminine American.

Talusan is a former Buzzfeed staffer and has written for The New York Times NYT , VICE and The Atlantic. The Brooklyn resident currently serves as a contributing editor for Condé Nast’s queer digital magazine them.

How did you get started in media?

It was pretty accidental. I was in a PhD program in comparative literature. I am supposed to finish my dissertation once things “die down.” That was five years ago. There’s no sign of them dying down yet, so I’m crossing my fingers.

One of my friends decided to become an editor. For a couple of years, he just kept saying, “Meredith, there aren’t people writing about trans issues in mainstream media publications.” This was in 2012 or 2013. There were a couple, like Jennifer Finney Boylan, who’s been writing for The New York Times for a long time.

But he just felt like there is this vacuum. For a couple of years, I was just like, “I’m busy.” Then, one afternoon I saw this transgender model from the Philippines, Geena Rocero, in a TED Talk. I thought to myself, “I want to write about the difference between coming out as trans and coming out as gay.”

I wrote this op-ed and send it to my friend. I had a Twitter account that was pretty dormant, but he has a significant following. He published the article in April 2014, which got a lot of attention on Twitter. Other editors started contacting me. By August 2015, I had a columnist offer from The Guardian and a staff writer offer from BuzzFeed.

I just said to myself, “Look, I should finish my dissertation, but I don’t know whether this job offer will last.” So, I started at BuzzFeed.

Amber Tamblyn, one of the founders of Times Up, says your book Fairest is “a love story, a queer story, an immigrant story, an American story, a coming-of-age story—a revolutionary story.” How do you describe your memoir?

Amber is super smart and she’s one of the people who taught me about my book. My major focus was on writing about my experience, both as a trans person and as a white-passing person of color, in as honest a way as possible, which I think is something that a lot of minorities are prevented from doing. In order for us to gain respect in society, there’s so much pressure on us to present ourselves in the most sympathetic and respectable ways possible. It was important for me to be able to write about my experiences and to portray myself in as accurate a way as possible, including all of my challenges and all of my flaws. 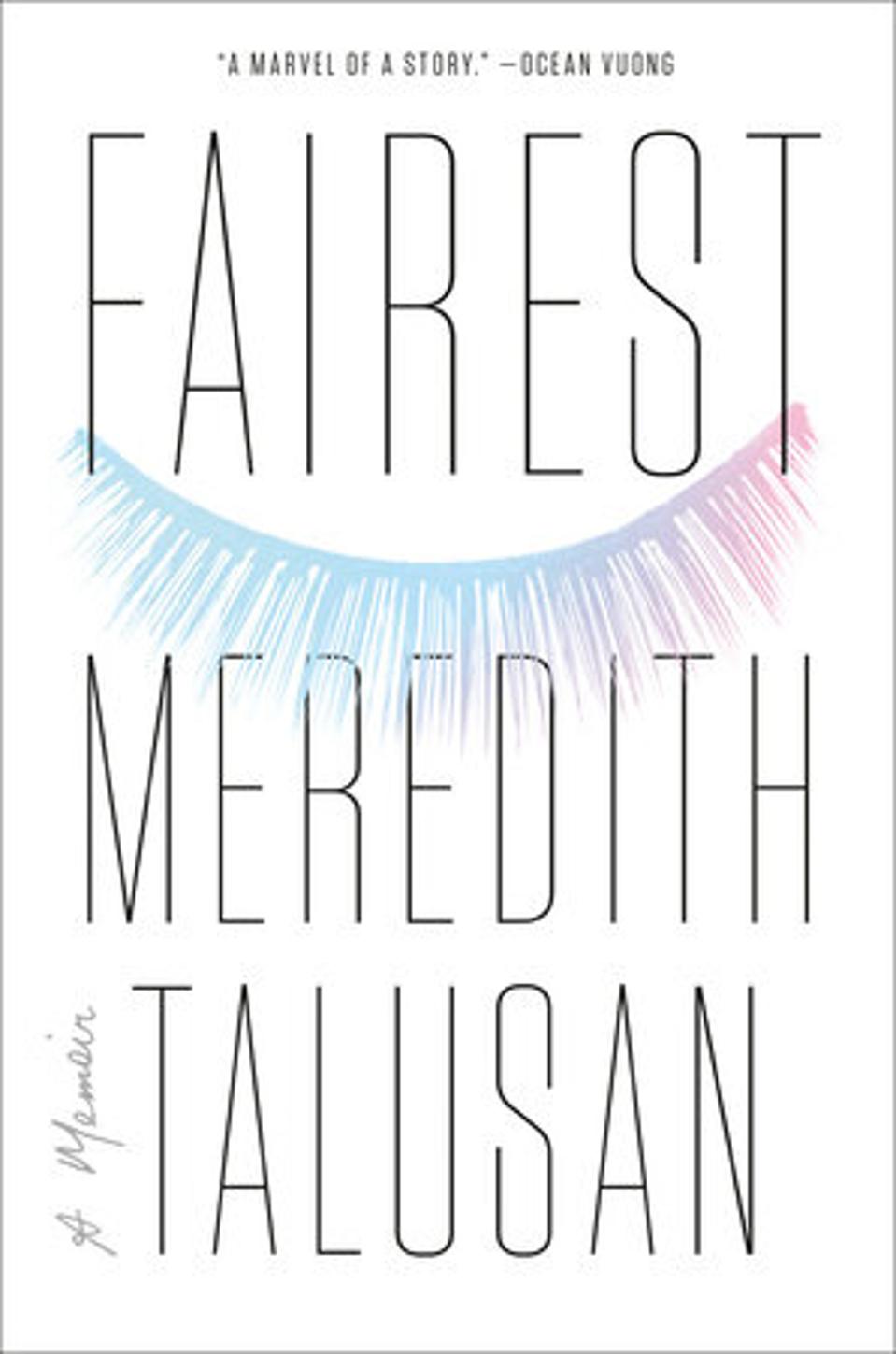 I just live an intersectional life. So many people in the United States are doing that in various ways, right? Like whether people come from a mixed cultural background, whether they simultaneously identify as queer and a person of color, or they’re an immigrant, or they come from a position of poverty, or live with a disability. I just happen to combine a really extreme set of marginalized identities —and also privileged identities. I’m a person who comes from a super marginalized place, as a trans person, as an albino person, as a first-generation immigrant, but have ended up in rarefied elite environments like Harvard and Condé Nast.

That paradox is something that I live with on a daily basis. I live in a position of extreme economic privilege relative to both my family members back in the Philippines, but also a lot of my family members in the States.

We talk a lot about class mobility in the United States, about the fact that people live the American dream. You can come from poverty and come into greater economic prosperity, etc., but people don’t often talk about the fact that you can’t necessarily always take your entire family with you. I went to Harvard. None of my siblings did and they married people who are working class. We live different lives and have to navigate all of the tensions and difficulties.

One of my sisters is married to a New York City police officer. Another one of them is married to a corrections officer who is pretty conservative. The versions of America that we’ve ended up living are completely different from each other. We have to resolve all of those paradoxes and tensions on a day-to-day basis. 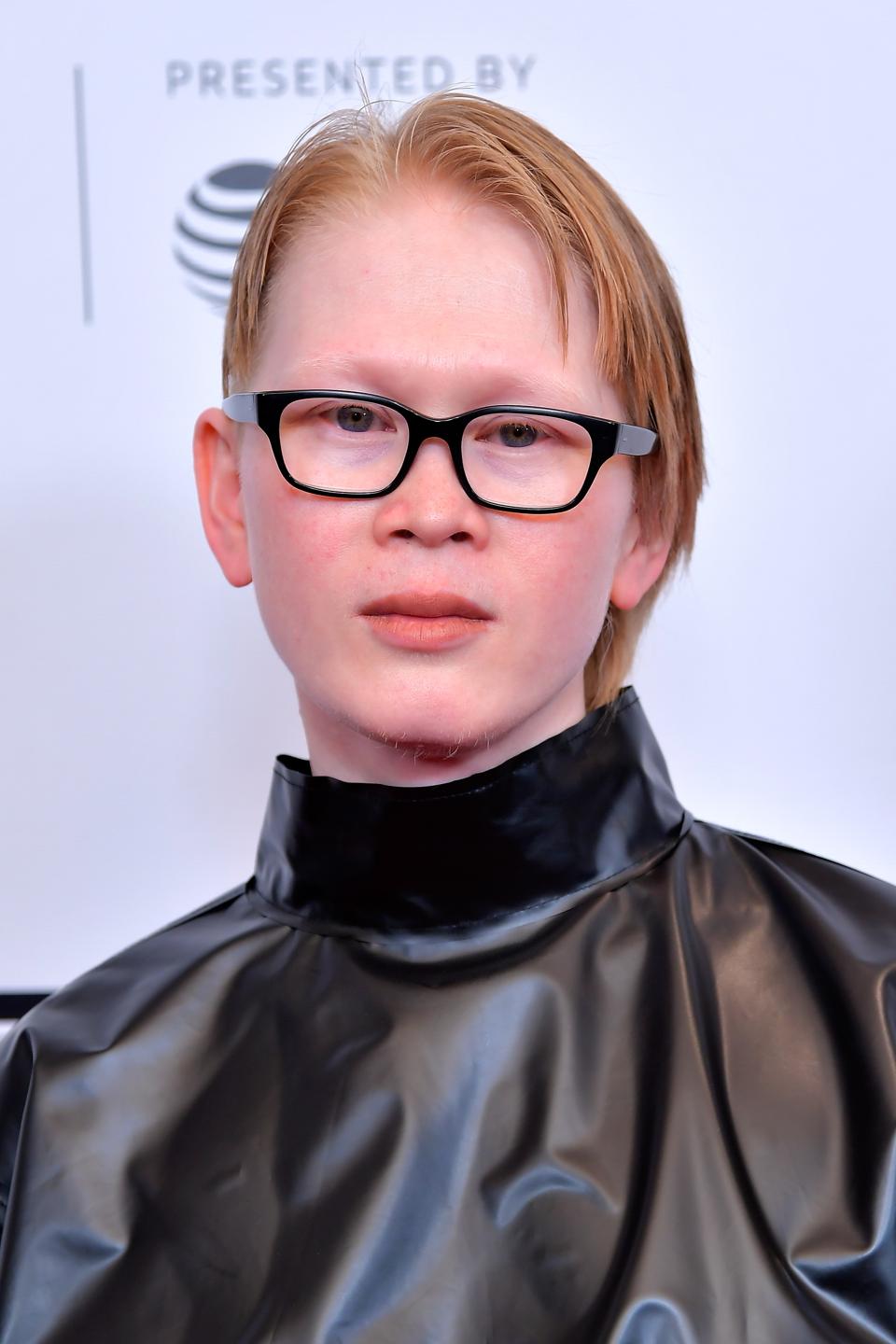 One of the passages in your book makes a reference to being “an outcast among outcasts” and also “accepting the blessings of your unique existence,” both very powerful statements. To what do you attribute such a strong sense of self?

I grew up in a small community and had a protective grandmother, who just never allowed people to say anything bad about me. I lived in this bubble for a good long while during my childhood, and in which my albinism was treated as special, rather than aberrant.

By the time I was more fully aware of the things that I’m supposed to feel, my sense of self was already fully formed, both in terms of people teasing me for being albino when I was in the Philippines, but also when I arrived in the States. I got to the States as a sophomore in high school, and people tried to bully me. They just didn’t have fun because I just didn’t really understand when people said, “You’re an albino mutant.” It just didn’t stick because I knew that those things weren’t true.

But also, growing up queer in a deeply Catholic country, I needed to have independence of thought. I clearly remember being seven or eight, being taught that homosexuality was a sin, knowing I was queer and thinking to myself, “That can’t be true.” It just doesn’t make any sense that this thing about me which feels fundamental is somehow a sin if it doesn’t hurt anyone.

From a human rights perspective, what’s the most crucial thing you wish cisgender folk knew about transgender and nonbinary people?

This is an intersectional issue. I think that to divorce transphobia from all of the different ways that people from marginalized communities are oppressed in this culture does the issue a real disservice. It is really important to specify that the people who are most greatly affected by this type of violence are primarily Black trans femmes, but also include Brown and other POC folks.

People who live at the intersection of marginalized identities, the danger to them becomes more becomes magnified. For instance, people who experienced job discrimination or educational discrimination—I know a lot of people who had to drop out of school because they were so relentlessly bullied. As a result, they can’t get jobs. The people who are qualified are not given jobs because they’re discriminated against for being trans.

So, they have to go into informal economies in order to make money, which makes their lives significantly more dangerous and more susceptible to violence or they don’t have as much of a choice in terms of where to live, so they’re more susceptible to living in places where significant rates of violence can occur for trans people. That’s one really important thing.

But violence that results in death is just the very tip of the iceberg of what it means to be trans in this culture and what the difficulties are that trans people face. So many of us have to be Swiss Army knives. I can’t just be an author. Trans models can’t just be models or actors or doctors. We also have to perform the political and emotional labor of being activists.

This interview was conducted for The Revolución Podcast. Listen to the full episode with Meredith Talusan on Apple Podcasts, Google Podcasts, Amazon Podcasts, iHeartMedia, Spotify or by clicking here.