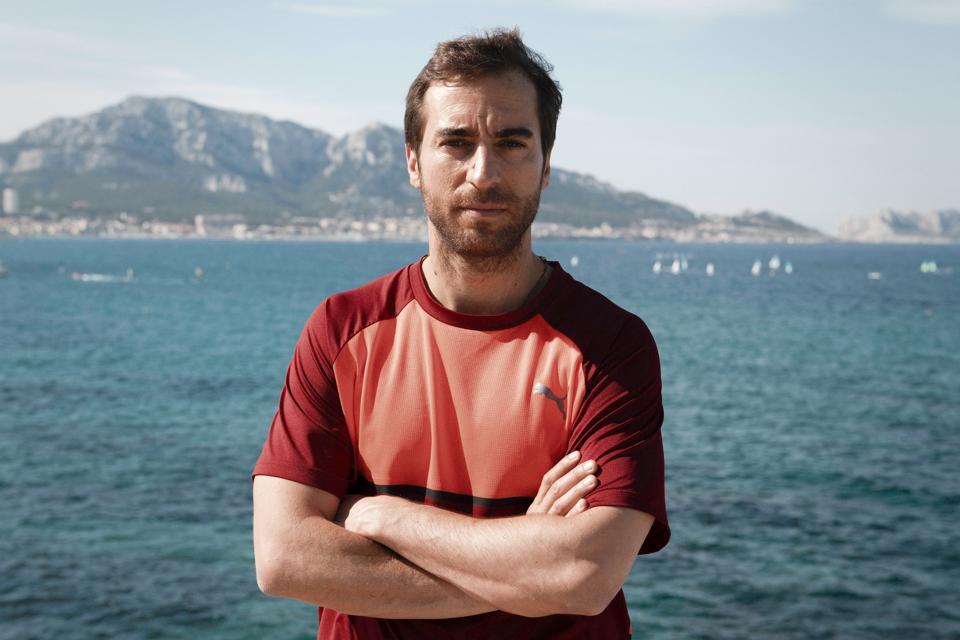 During a 15-year playing career, Mathieu Flamini has “tried it all” in an effort to reach peak performance.

In spells playing in the top divisions of England, France, Italy and Spain, the professional soccer player has worked with countless experts to ensure he performs at his best. He has had unlimited access to a team behind the scenes, advising on diet, recovery and mental wellbeing.

The ex-Arsenal and AC Milan midfielder has teamed up with former Arsenal teammate and close friend Mesut Ozil to launch Unity.

The Unity Performance Academy, part of Unity, will combine evidence-based performance and wellness advice with expert guidance from elite athletes, coaches, sports doctors and academics. It aims to help people “achieve peak performance in the key areas of mindset, nutrition, training and recovery” by setting weekly challenges to encourage healthy lifestyles and providing the opportunity to engage with sports experts.

In an exclusive interview, Flamini told me the academy, initially free to access, would be a “trusted and independent platform” for athletes and health experts to share their expertise. He said the knowledge they have acquired throughout their careers would help to support people to live better lives.

“What we want to do on this platform is provide trusted, transparent and reliable information and experience coming directly from the athletes themselves,” he says.

“But it’s also a platform where we can engage with experts in nutrition, in fitness, in mental strength, sharing their knowledge and sharing their experience.

The Green Bay Packers Are Now The NFC’s No. 1 Seed

The Good, Bad And Ugly From The Green Bay Packers’ Win Over The Jacksonville Jaguars

“Athletes have a platform, they have a following. And I strongly believe an athlete has a social responsibility to take some kind of lead around providing information or trying to guide people how to live a better lifestyle.”

There will be no fad diets on the platform, with a focus on evidence-based advice.

“The reality today, with Google and social media, is everyone positions themself as an expert. Everyone has something to say around health, everyone is trying to give advice, everyone is trying to influence you to go in a certain direction. But what is the background of these people? What is right or wrong? What is true or false?” Flamini says. 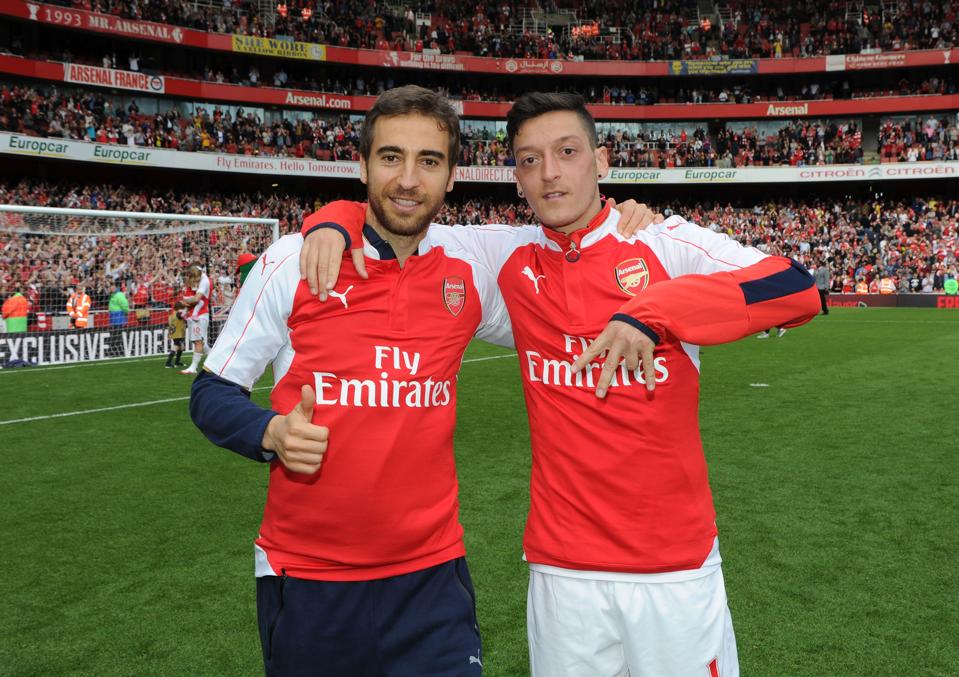 Flamini and Ozil were previously teammates at Arsenal and remain close friends. (Photo by David … [+] Price/Arsenal FC via Getty Images)

Flamini, who speaks with the same energy and passion he displays on the pitch, has previously made lifestyle changes in an effort to boost performance.

After a period of suffering injuries earlier in his career, he was advised to cut animal proteins from his diet to reduce acidity and inflammation. Going meat free, he says, improved his performance and reduced his injuries and he has since learned about the environmental impacts of the meat industry.

“What I realized was the consumption of meat, particularly red meat, was having a massive impact on health,” he says.

“I’ve also learned through the years that having a certain lifestyle doesn’t only have a positive impact on your health, it also has an impact on the planet. And it’s part of the solution of resolving this issue of climate change.

“I feel like for too long we have been kind of manipulated in aspects related to dairy and meat consumption. The studies and the data is there but from a report being made to the point that the information reaches people, you have so many layers and each layer has an agenda. When the information reaches the people it is completely modified and changed. This is the reason why a trusted, independent source of information is so crucial.

“I personally think that with climate change you have to break it down. And you have to make it relevant to people. Everyone wants to be healthy. Everyone wants to do good for themselves. If you reduce animal protein, like meat for example, that gives you the opportunity to have a better and healthier lifestyle.

Flamini is part of the “Imagine for 1 minute” climate campaign and says his passion for the environment came from growing up between the French port city of Marseille and the island of Corsica.

“My dad loved the sea and from an early age he was taking us to spend time by the sea,” he says.

“When you’re young kids on the beach and you see this plastic starting to accumulate in the sea, you don’t understand and you have a lot of questions.” 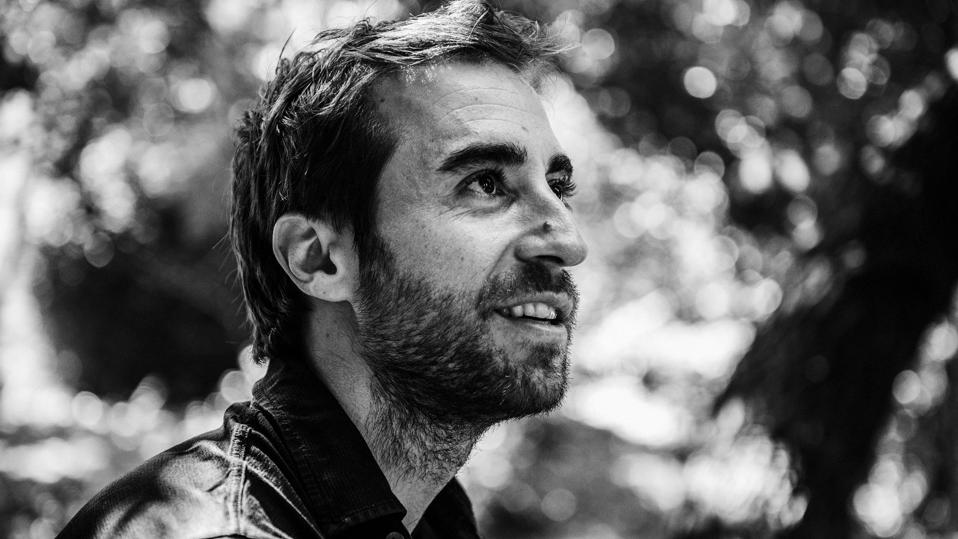 Flamini says his passion for the environment came from growing up between the French port city of … [+] Marseille and the island of Corsica. (Photo by Giacomo Cosua/Positive Agency).

His concern for the planet led Flamini and a business partner to set up GF Biochemicals in 2008. The company, which is headquartered in the Netherlands, produces levulinic acid derivatives from agricultural biomass, creating an eco-friendly alternative to petrol-based chemicals used in products like cleaning detergents, shampoo, shower gel and sun screen.

While Flamini is reluctant to discuss the scale of the business, it seems ripe for further growth. In September, consumer goods giant Unilever committed to investing €1 billion ($1.18b) to eliminate fossil fuels in its cleaning products by 2030.

Entrepreneurial interests aside, Flamini still has soccer on his mind. The 36-year-old, whose last appearance was for La Liga side Getafe last season, hasn’t decided if his boots will be permanently hung up.

“I feel good, I’m still full of energy. At the same time, I’m at a point in my career where if I want to continue it’s purely because I love football and because I still feel like I have a few more years to give,” he says.

“If it’s a nice challenge, if it’s an opportunity which will make me feel good, I mean, why not?”

At a time when players seem more willing to speak out and stand up for issues they believe in, Flamini refuses to be defined by only his career on the pitch.

“I think it’s very inspiring to see athletes taking the lead and standing up and using their voice to create change,” he says.

“I think more and more this generation is realizing that they have a responsibility, and they want to stand up for it. They also believe they can do much more than being a football player. They want to influence people to do good around them.

“If you’re passionate about the topic, if you’re knowledgeable about that topic, and if it’s authentic to you, you should be able to talk about it. Especially if it’s to have a positive impact and to drive a positive change.”