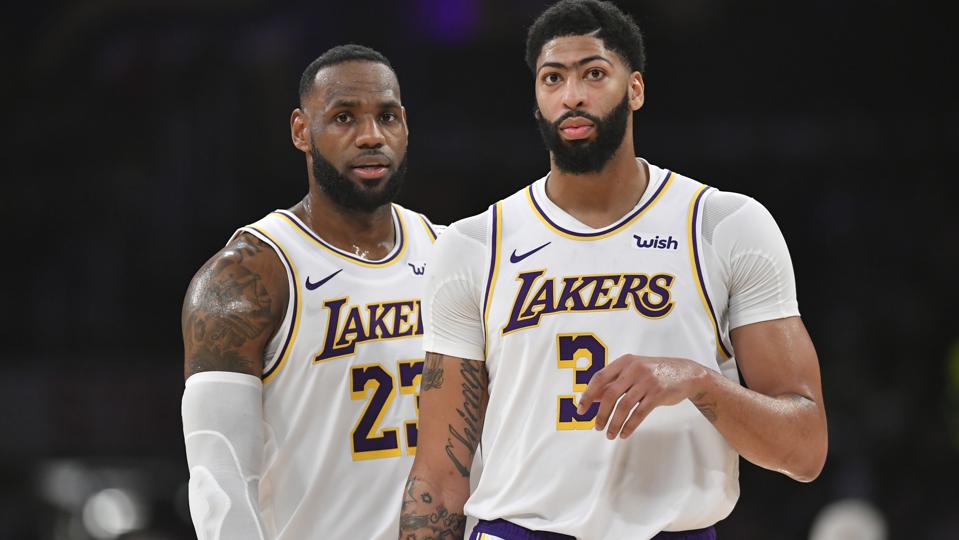 Big man Anthony Davis hasn’t been a Los Angeles Lakers player for too long—just one season to be exact. And even “AD” himself doesn’t know for sure which team he will be playing for, once the NBA’s next season starts, come December 2020.

But Davis says that winning his first ring marks at least one goal off his long to-do list. Davis also likened his scoring partnership with fellow Lakers star LeBron James to a match made in hoops heaven.

“LeBron’s been in numerous (championship) situations before,” Davis said on a Zoom video call Monday. “To learn from a guy like that, have him in your ear, and be alongside with him—that made it a lot easier for me.”

Davis also says that having fans present at games in-person will be a boost to the game he loves, and will add another cherished level of excitement. Still stoked about his recent championship run with the Lakers, Davis said he’s hoping to share the love of hoops with some diehard fans out there right now.

As such, AD he has teamed up with Mobil 1 to offer fans the opportunity to win some exclusive signed apparel. Fourteen lucky fans will have the opportunity to win either a Championship hat or t-shirt, signed by Davis, by entering a sweepstakes that opened on Saturday and will run all the way through to December 31, 2020. Fans need only to visit ProtectYourCourt.com, where they can sign up and learn more.

“This was a great way for me to connect with the Laker Nation and also other NBA fans around the world.” Davis adds.

Of course, I couldn’t help but ask AD what it was like to win his first NBA Championship. When we spoke Monday, he also talked about how his time with the University of Kentucky and the 2012 USA Men’s Olympic basketball team helped him improve and realize his own hoop dreams.

AF: You and LeBron snapped in and made winning look effortless. But is it more difficult than it looks (to us fans) to win an NBA title, even with LeBron?

Davis: It was definitely a push-pull kind of situation. There were games where he had to pull me along, and ones where I’m pushing him and vice versa. I think it was a great fit for the both of us. He felt like he needed to win another one, and I thought I needed to win one—my first one—this year. So, both of us were determined to compete for a championship, and we had the right guys around us. I felt like I learned a lot from him. It was a perfect situation for us.

AF: What was it like to play and win an NBA Championship without fans present?

Anthony Davis: I think the NBA did a great job of putting in the crowd noise and images of fans on the screens, so it made it feel like fans were there up until (the time when players’) family and friends were allowed in the arena. So, it did simulate how it would be if we were home at Staples, or even on the road against other teams. I think it was pretty cool. It wasn’t as bad as some thought would be. A lot of times, when you start playing basketball, you don’t notice fans anyway, because you’re so locked in to the game. But it was more when I was on the bench that I noticed we were playing in an arena with no fans.

AF: Do you feel like you have a marker on your back, now that you’re an NBA champ? Will it be harder to win another title?

Davis: Well, I’m not sure where I’m gonna be next year, but I know there’s a target that’s going to be on the back of me, because when you win a championship there are other guys who also want to be the champion. It comes with the territory for sure. But if you want it, it makes you work harder, makes you lock in more because guys are coming after you. You gotta work on your game, and you can’t come in with the same thing as last year. 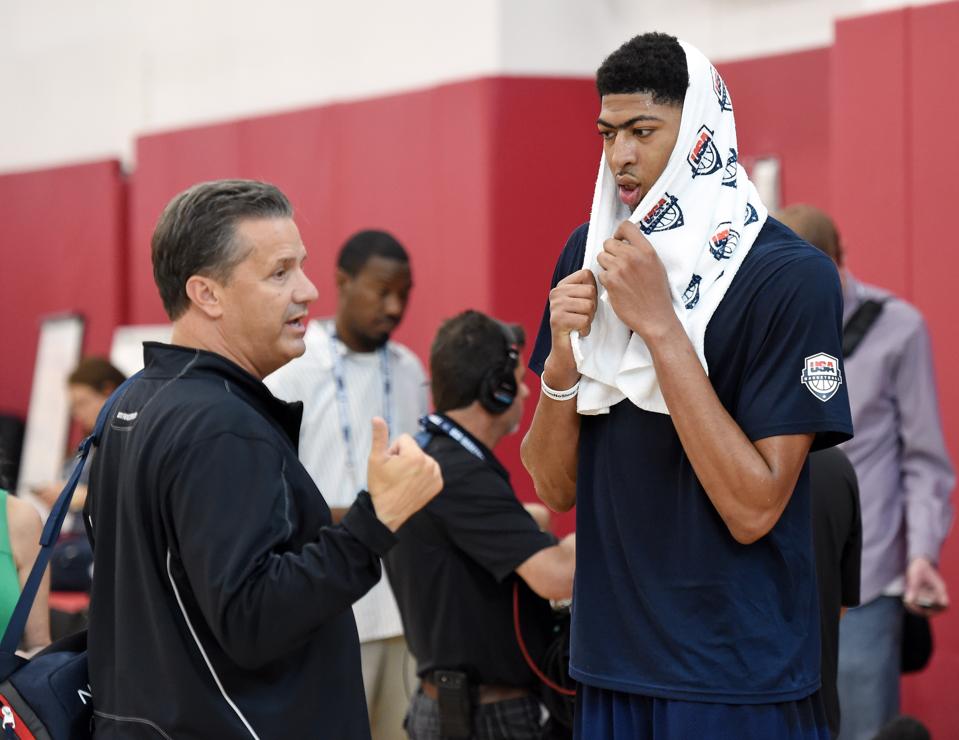 Davis says his time at Kentucky under John Calipari (L) was integral to his success as a player. … [+] (Photo by Ethan Miller/Getty Images)

AF: You also won an NCAA Championship at Kentucky. How did coming from one of the best college programs prepare you for an NBA Championship?

Davis: Kentucky was a great place for me. Coach Cal (John Calipari) runs his program like an NBA program. He was an NBA coach, so he knows what it takes once you get there in the league, and that makes the transition for a lot of guys easier. It’s the reason that Kentucky has had so many guys be successful in the NBA.

But before I stepped foot on the NBA court, there was training camp (and) anything I could do to improve I did. There was that Summer Olympics team I was a part of in 2012, with LeBron, Kobe, Melo (Carmelo Anthony), Tyson Chandler, (Andre) Iguodala, James Harden, Russel Westbrook, Kevin Love, KD (Kevin Durant).

It was very beneficial for me to be around those guys, to learn the game and see how hard those guys worked, how dedicated they were, and how much team guys they all were. To get all of these superstars together on one team, all sacrificing together to win an Olympic Gold medal—being on that team in ‘12 really helped me going into my first year. It helped me with my confidence and leadership my rookie year.