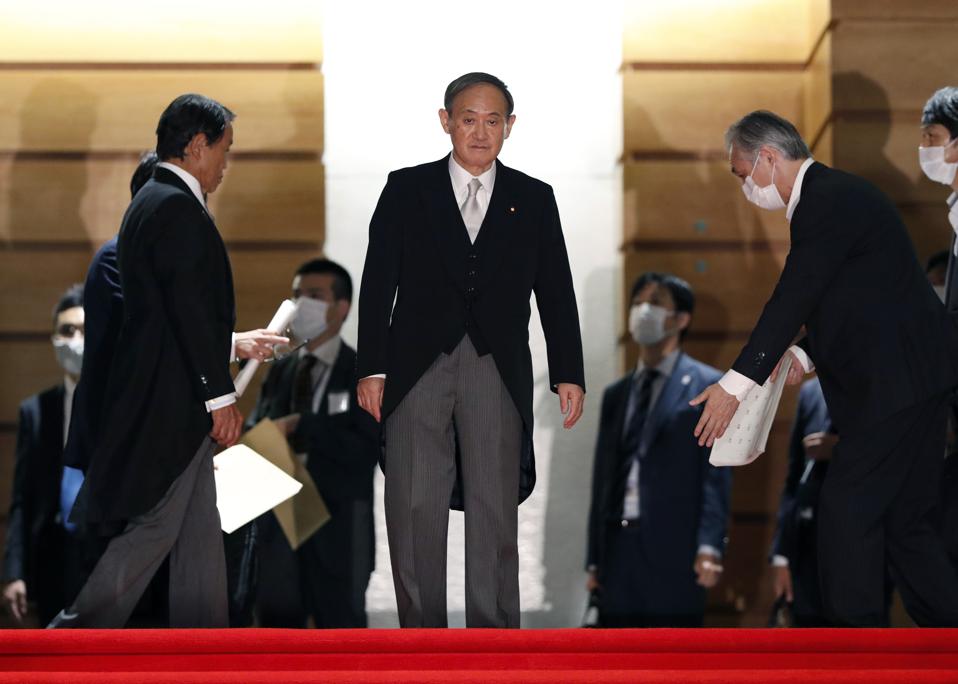 Japan’s new Prime Minister is in the midst of a growing scandal in Tokyo around what is being seen as political interference in what was once seen as a powerful independent council for scientists in Japan. This scandal comes less than a month since taking office on September 17.

Scientists, including several Japanese Nobel Prize winners, have strongly criticized Japan’s new Prime Minister, with several prominent scientist associations calling his actions ‘unconstitutional,’ and saying “It leaves a stain on the Science Council of Japan which was established based on lessons from the war.”

Prime Minister Suga was appointed on September 17 in Tokyo. This was after Prime Minister Abe resigned on August 28. Prime Minister Abe’s resignation took place just four days after the Japanese vessel that caused the massive oil spill in Mauritius was controversially sunk, attracting significant international outcry. The giant iron-ore bulk carrier – one of the biggest in the world – was being operated by Mitsui OSK Lines (MOL), one of Japan’s largest companies, and there is still a mystery how it came to be so close to Mauritius.

Abe’s resignation came amid his plunging popularity partly linked to Japan’s controversial stance on climate change, and a growing list of scandals linked to the former Japanese Prime Minister and his wife.

Prime Minister Suga had been Shinzo Abe’s Cabinet Secretary for the previous eight years since Abe was elected as Prime Minister of Japan in 2012.

Japanese scientists have been widely criticized for not adopting the latest scientific technologies to help rehabilitate the important biodiversity hotspots around Mauritius, and adopting outdated techniques.

By excluding scientific offers of support from the United States, UK, France, Australia among other offers of scientific and technical support, many questions have been raised about Japan leadership’s true intentions toward Mauritius, the Wakashio oil spill, the way it treats its allies and its attitude toward science.

Japan’s new prime minister, Yoshihide Suga, disrupted the process by which scientists are appointed to serve on the governing body of the country’s leading academic society.

Scientists have called the move against the Science Council of Japan (SCJ) a threat to academic freedom.

Japan established the Science Council of Japan in 1949, following lessons from the Second World War.

The council covers almost every academic discipline, such as social sciences, humanities, natural and life sciences. It offers guidance and makes scientific policy recommendations domestically and internationally, representing the views of more than 800,000 Japanese scientists and researchers in the country of 125 million.

The wrecked framework of Hiroshima’s Museum of Science and Industry survived the nuclear blast. The … [+] SCJ was formed in response to lessons learned from WW2.

The SCJ is governed by a group of 210 members. These members serve 6-year terms, but every three years, half of the council members (105 members) swap out. This ensures fresh academic thinking and prevents ‘fiefdoms’ from building up.

A law was passed in 2004 to guarantee the independence of the science council, and the acceptance of the nominations of the 105 members were seen as a formality, established in precedent constitutionally since a 1983 testimony to Japan’s parliament by the then Prime Minister, Yasuhiro Nakasone. The 2004 law was known as a recommendation-based appointment system, and no nominee had been denied an appointment in 16 years of operation.

However, within two weeks of assuming office, on September 28, Prime Minister Suga denied six members of the 105 nominees to the SCJ. No explanation was given for this denial. It then transpired, that these six academics had been critical of the growing militarization of Japan’s forces under the Shinzo Abe Government. Reports have also since emerged that the Prime Minister’s Office had attempted to actively intervene in the selection process of new members from as early as 2016, a time when Suga was Cabinet Secretary.

Having those members as part of the SCJ for the next six years during Prime Minister Suga’s premiership would have significantly curtailed the new Prime Minister’s ability to take decisions to increase the militarization of Japan’s forces.

Several Japanese Nobel Prize winners have already spoken out against this interference.

2008 Physics Nobel Prize Winner Toshihide Masukawa criticized Japan’s new Prime Minister. The Association of Scholars Opposed to the Security-related Laws, of which Masukawa is a member, said that the Japanese Prime Minster’s actions, “Destroys democracy and constitutionalism” and “is an insult to academia.” The association went on to say, “Prime Minister Suga will go down in history for doing such an outrageous thing.”

10 Dec 2015: Professor Takaaki Kajita, laureate of the Nobel Prize in Physics acknowledges applause … [+] after he received his Nobel Prize from King Carl XVI Gustaf of Sweden during the Nobel Prize Awards Ceremony.

The current president of the SCJ is Takaaki Kajita, a 2015 Nobel Prize winner in physics who just assumed his post on October 1, and has urged the Japanese Prime Minister to reverse his decision.

In a statement on the SCJ’s website, it states that organization’s missions is to “represent Japan’s scientists both domestically and internationally with the firm belief that science is the foundation upon which a civilized nation is built.”

Japan has also been seen as a pariah nation on many forums on climate change and global ocean sustainability.

Its fishing fleets have consistently overfished the locations they have been placed, especially tuna, which is a $40 billion market.

At the UN’s IMO, the environmental committee which sets the Paris-Agreement climate targets for global shipping is essentially under Japan’s control.

In an important set of meetings next week, Japan has sought to sabotage these talks by putting forth a technology proposal (called ‘EEDI’) that is 75% below the ambition levels needed to meet the Paris Agreement. This has been widely criticized.

This is a technology that has proven to be faulty, and there has been speculation whether this software had been installed on the Wakashio that crashed into Mauritius reefs.

The Wakashio’s shipowner, Japan-based Nagashiki Shipping, has not responded to any media question on this topic since August 30.

Mauritius has been confused by the poor and outdated quality of science being shown by Japanese Government scientists in Mauritius.

Rather than adopting the latest technologies and scientific techniques, as well as engaging with private and independent scientists, the Government of Japan has politicized the scientific baselining that was critical for the oil spill response, including with a confusing set of U-turns about the effects of the oil spill.

This has raised significant concerns about Japan’s motivations in Mauritius, as international partners of Japan, such as the US, UK, Australia and France were also kept away from providing scientific assistance in areas where this was needed the most.

Some of Mauritius’ leading independent scientists have been sidelined by the Japanese Government and companies, such as the former President of Mauritius – an internationally renown biodiversity scientist – and instead only scientists with sympathy to the current Mauritian Government have been engaged.

11 Sep 2020: Mitsui OSK Lines President and CEO Junichiro Ikeda addressing his company’s response to … [+] the Mauritius oil spill. MOL has been criticized for not taking science seriously enough in this global biodiversity hotspot.

These are the Government-linked scientists who had erroneously claimed that the whales and dolphins dying in Mauritius were linked to natural causes and ‘stress.’ Oil has since been found in pregnant whales and dolphins, amid growing cries for transparency in the necropsy of the dead marine mammals. The politicization of science now appears to have also extended to previously independent scientific organizations like the University of Mauritius, who have come out with a controversial set of statements, that is unclear whether is backed by robust science.

Unfortunately, the only knowledge that the Japanese Government has appeared to pass on so far, has been the skills of repressing academic freedom, political interference in independent science, and inserting measures to undermine strong climate policies.