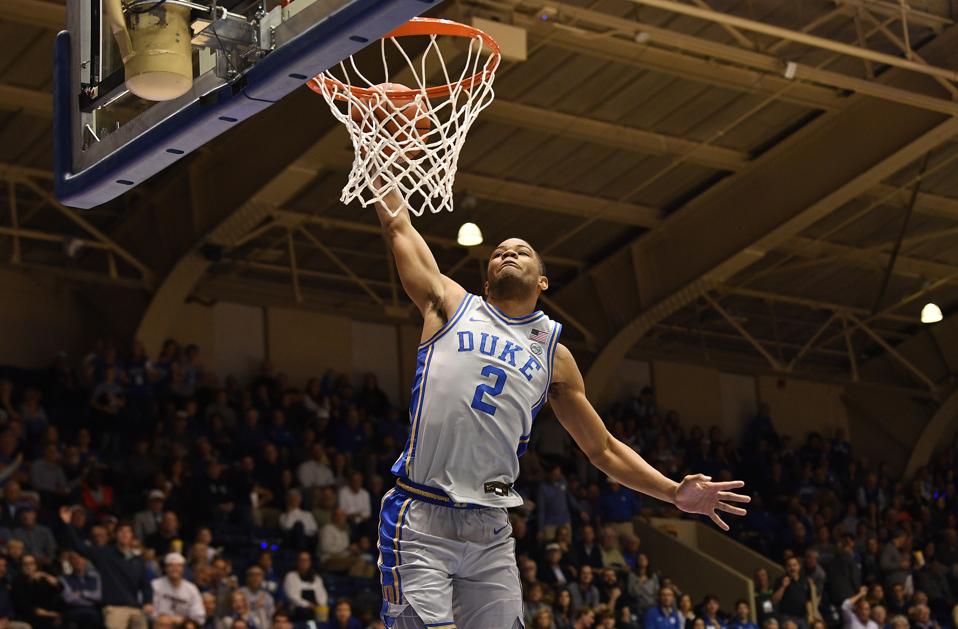 The Indiana Pacers used their only pick, the 54th selection, in the 2020 NBA Draft to select Cassius Stanley from Duke University.

Stanley, 21, is a 6-foot-6 wing whose game is defined by athleticism. He broke the Duke Basketball record for vertical leap and is capable of jumping out of the gym for a rim-rattling dunk at any moment.

That athleticism stood out to the Pacers in the draft process. “I think when we go through our draft process, you look at a lot of different traits in a player. One of the first things you look for is some athletic tools,” Pacers General Manager Chad Buchanan said after the draft on Wednesday. “Cassius, I think, is among the tops in this draft when it comes to pure athleticism.”

That athleticism will fit in nicely on an Indiana roster that lacks bouncy and quick players. Buchanan noted that the team has more “high-skill, high-IQ players,” than impressive athletes, so Stanley could bring an element to the Pacers that they don’t currently have.

Many mock drafts had Stanley going a bit higher than 54; The Athletic pegged him to go 45th, Tankathon ranked him at 44, and The Ringer mocked him to be picked 49th. Internally, the Pacers had Stanley higher on their board than 54, so they were happy to see him fall to their slot late in the draft.

“We had him graded much higher than where he ended up being drafted. That’s usually a good sign,” Buchanan said.

That gets said every year about whichever prospect the team chooses, but clearly the team does value Stanley to some extent since they picked him. Beyond his crazy athleticism, the Duke product is a solid rebounder for his position and, when engaged, has shown flashes of being a capable one-on-one defender.

The chances that Stanley makes an immediate impact on the team are incredibly slim. The Pacers roster is nearly filled out for next season already, and second round picks scarcely are good enough to be a game changer in year one. Just a few days ago, Pacers Vice President of Player Personnel Ryan Carr noted this exact phenomenon. “At 54, if we can find a player that, even if it’s two or three years down the road, can be on our roster and contribute in a way, that would be a homerun with that pick.”

But Stanley could grow into a role on the blue and gold. He is 6-foot-6 and can play on the wing, which is currently the most in demand position in the NBA. Currently, Pacers wing Justin Holiday is a free agent, and bench shooter Doug McDermott is entering the final year of his contract. There could be available minutes in the rotation on the wing in coming seasons, Stanley just has to prove he deserves them. 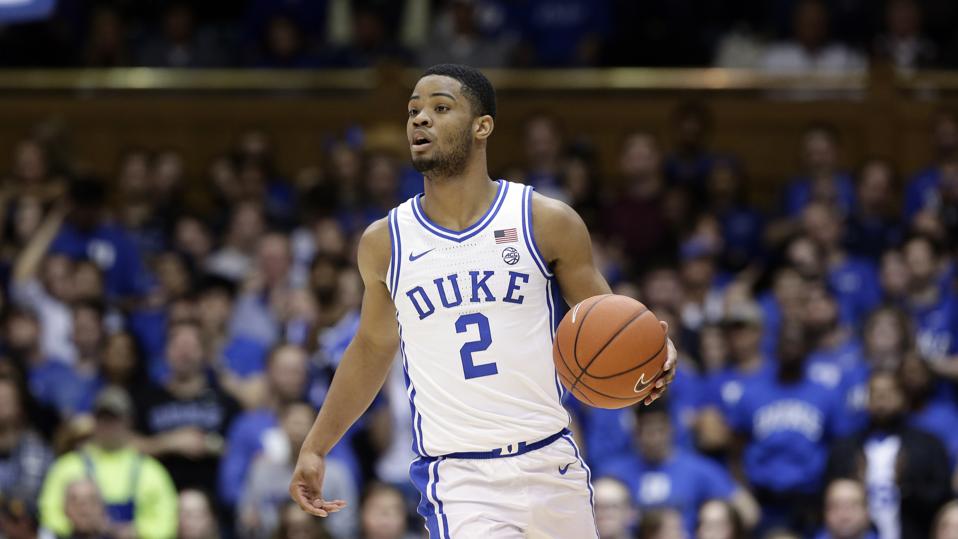 Stanley thinks he has the skills to be a contributor, though. “I think I can bring high energy, great defense, [and] rebounding from the guard position,” he said after being selected late Wednesday night. “On the offensive end I think I can finish plays. All plays; layups, floaters, anything like that.”

Stanley, who spent his draft night hanging out with Houston Rockets star Russell Westbrook, has great instincts and feel in transition. Fast break chances present the perfect opportunity for his athleticism to pop.

That’s a quality that new Pacers Head Coach Nate Bjorkgren likes about the second-round pick. “[Bjorkgren’s] coaching style is a much more free-flowing style of play… to play that style of play, you need guys that are multi-skilled and maybe just don’t rely on one particular thing that they do,” Buchanan said. “In looking at Cassius, I think playing up and down and playing in the open floor is a strength of his right now. Nate really likes his ability to get to the paint, which is a big part of what Nate wants to do.”

Buchanan said the team wants its new rookie to work on his shooting and decision making, two skills that were not on display at Duke. He had an average three point percentage, but his shooting doesn’t look like a strength at this point in time. Additionally, he had more turnovers (54) than assists (30) with the Blue Devils. He wasn’t asked to be a passer, but creating shots for others and making good decisions with the ball are not currently positives for the young wing.

But he’s shown flashes of being useful as a defender, as he noted, and the Pacers organization has been one of the best in the NBA at developing their players defensive traits. Stanley could be next in line for defensive growth in Indiana. “We all feel, everybody in the room, coaching, scouts and front office, feel he has the potential to be a tremendous defender,” Buchanan said.

It is unclear what kind of contract Stanley will sign with his new team. One benefit for the Pacers of making a selection in the second round is that draft picks have a cheaper minimum contract than veterans, so signing the 54th pick will give the front office some wiggle room away from the luxury tax. But Indiana and Stanley could opt to pursue a two-way contract, if both parties are agreeable to one. That would give the rookie more development time in the G League, but less money and opportunities with the pro club. It’s much more likely that Stanley inks a multi-year minimum deal with the Pacers, but nothing is off the table. 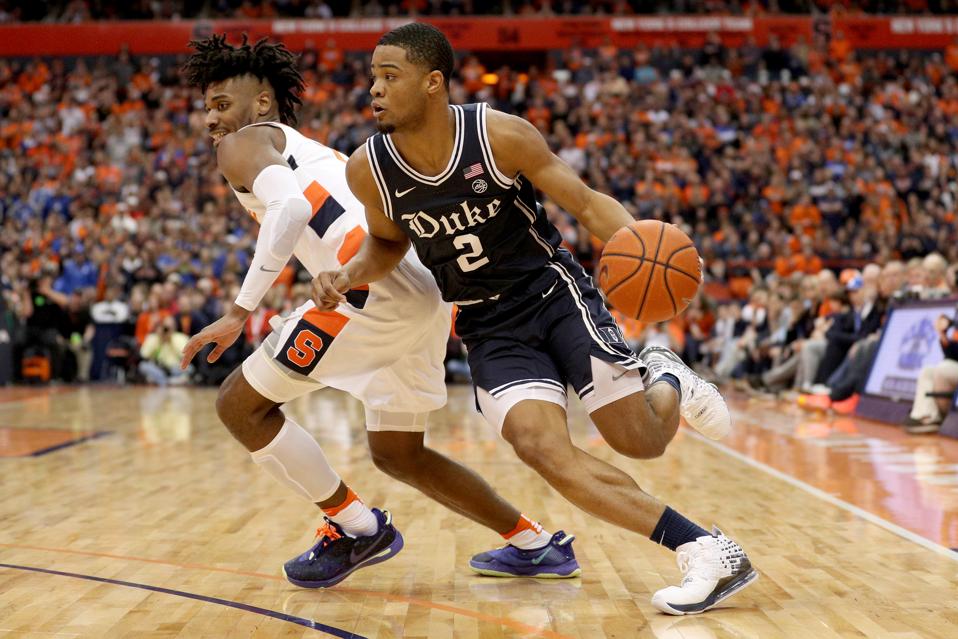 SYRACUSE, NEW YORK – FEBRUARY 01: Quincy Guerrier #1 of the Syracuse Orange guards Cassius Stanley … [+] #2 of the Duke Blue Devils during the first half of an NCAA basketball game at the Carrier Dome on February 01, 2020 in Syracuse, New York. (Photo by Bryan M. Bennett/Getty Images)

On draft night, the Pacers weren’t aggressive in pursuing any trades into the first round, according to Buchanan. They preferred continuity over a splashy move up, and Carr mentioned earlier this week that the team thought the top of the draft was weaker than in past seasons. It didn’t make sense for the blue and gold to chase a higher pick.

After the draft, the Pacers reportedly inked a deal with undrafted free agent Rayshaun Hammonds. Hammonds, a 6’9 interior forward out of Georgia, could be a potential two-way contract recipient from the Pacers, or he could simply be a guy invited to training camp. Those deals will materialize as free agency develops.

But the prize of the night for the Pacers is Stanley, a high-flying wing who could grow into a useful player. Buchanan, for his part, expects the rookie to enter the league wanting to prove people wrong for letting him fall to 54. “He was expecting to be drafted much higher and I think he’s going to come in with a chip on his shoulder,” he said.

If Stanley feels slighted and uses that as fuel, he could grow into a quality wing one day. “I’m just extremely happy,” Stanley said of being drafted. Then, he immediately brought up getting on the court. “I’m super excited to get to Indy and start working.”

If Stanley gets to work on his on-ball skills and combines them with his already present athleticism, the Pacers could walk away from the draft very pleased. They have had success in the second round of late, and the front office will hope that Cassius Stanley continues that trend.