CINCINNATI, OH – OCTOBER 03: Defensive coordinator Marcus Freeman of the Cincinnati Bearcats looks … [+] on from the sideline during a game against the South Florida Bulls at Nippert Stadium on October 3, 2020 in Cincinnati, Ohio. Cincinnati won 28-7. (Photo by Joe Robbins/Getty Images)

If nothing else, Notre Dame within the past week has acquired tremendous insight into two of its toughest early-season opponents for 2021: Wisconsin on Sept. 25 and Cincinnati on Oct. 2.

That’s the baseline, of course. The upside of these two additions is much, much higher.

A semifinalist for the Campbell Trophy, aka the Academic Heisman, Coan avoids interceptions almost as religiously as Book did during his three-year run.

Freeman, a key reference one year ago when Notre Dame hired Mike Mickens to coach their defensive backs, now joins forces again with Mickens. Assuming it doesn’t work out as a de facto trade, with Mickens a potential candidate to replace Freeman at the former’s alma mater, those two former high school teammates in Dayton, Ohio should make a formidable pair, both in the defensive meeting room and on the recruiting trail. 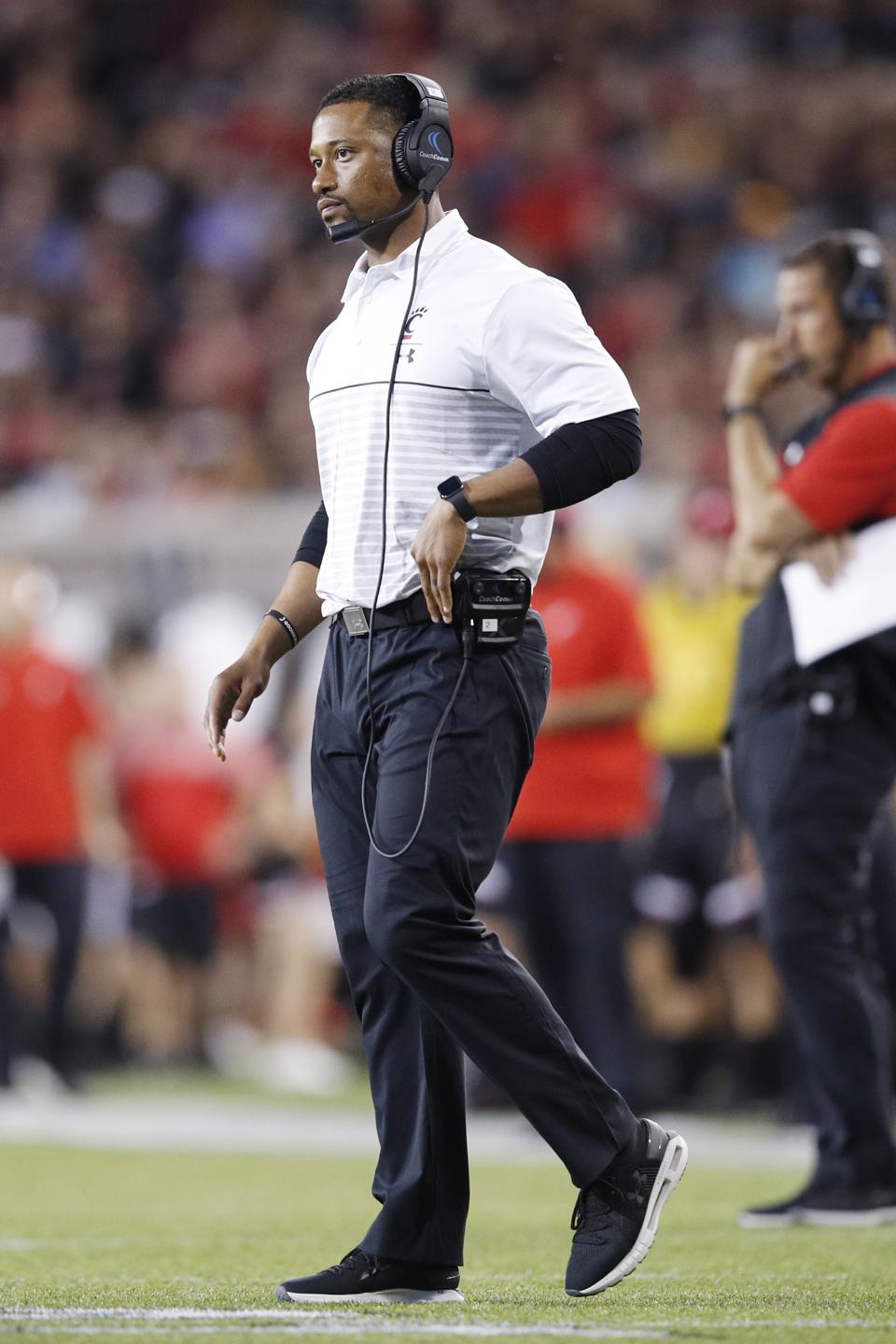 “As we looked into finding someone to run our defense, it was important to find the right fit for our program and Marcus and his family are just that,” Kelly said in a statement. “He has had great success on the field, both running a defense and in his direct work with his linebackers. Additionally, he is considered among the elite recruiters in the coaching ranks.”

Before helping Luke Fickell build a top-10 juggernaut at Cincinnati — the same program Notre Dame raided for Kelly more than a decade ago — Freeman spent a year as co-defensive coordinator at Purdue.

The Boilermakers gave up 38.3 points a game in 2016, tied for 11th-worst in the country, but Freeman’s Cincinnati units improved their scoring defense rank from 93rd in Year 1 to eighth nationally in two of the past three years.

That’s how Freeman became a finalist for the Broyles Award as the nation’s top assistant for 2020.

Freeman, 35, also interviewed at LSU, where Bo Pelini crashed and burned after just one year as defensive coordinator. LSU almost certainly could have outbid Notre Dame after paying Pelini $2.3 million and his predecessor, Dave Aranda, $2.5 million a year over four seasons before he became Baylor’s head coach, but Notre Dame moved aggressively and got its man anyway.

According to a report from Football Scoop, Notre Dame made a late push to increase its offer to Freeman north of the $1.6 million Lea reportedly made per season. 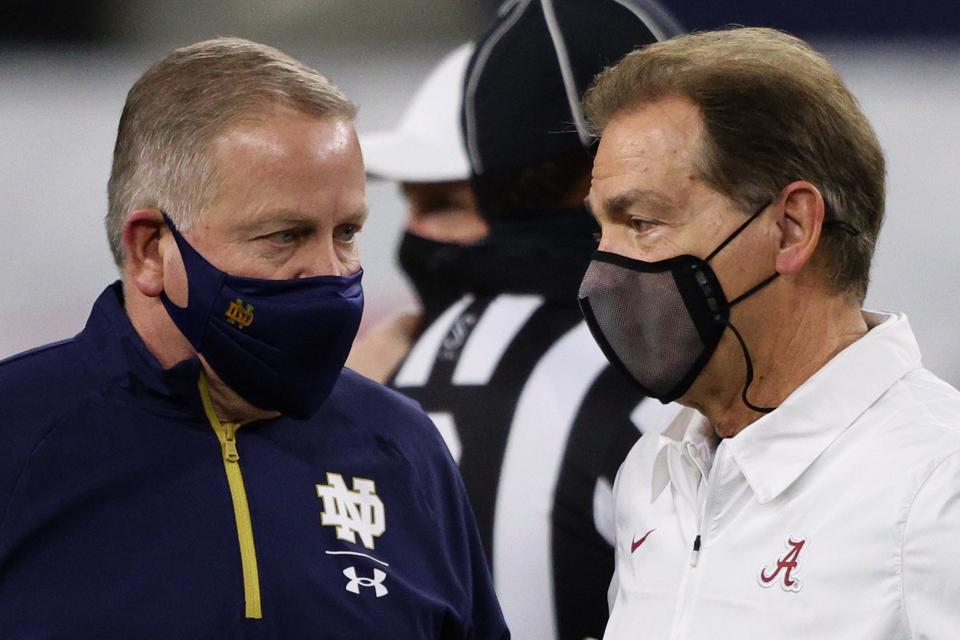 In the end, having Mickens already in the building doubtless was a huge advantage for Notre Dame.

“The work Marcus has done elevating the programs he has been a part of speaks for itself,” Kelly’s statement continued, “but equally as important is the exceptional work he has done in building relationships with his staff and players.”

By all accounts, it shouldn’t take Freeman long to prove he is worthy of leading a program of his own.