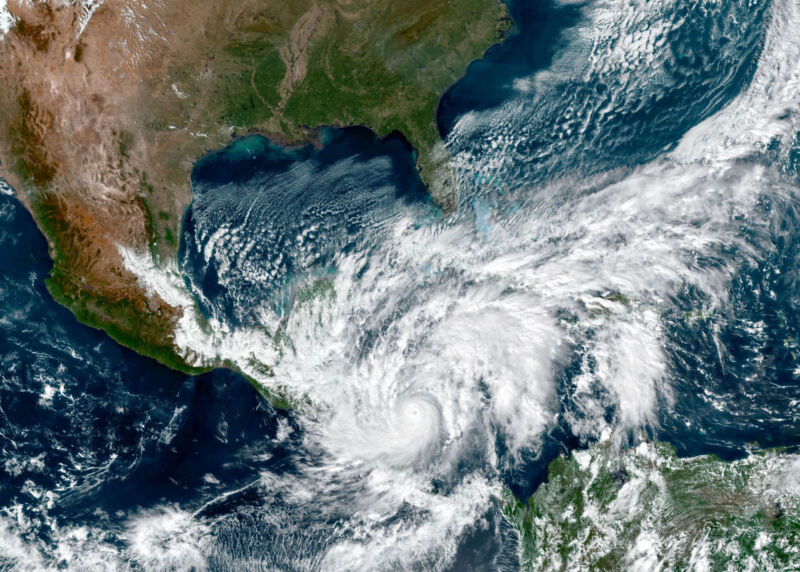 Enlarge / Hurricane Eta on November 3 of this year.
NASA EO

Lots of attention is given to the effects of climate change on tropical cyclones, much of it focusing on effects that are dead obvious. Projections indicate increased intensity among the strongest storms, for example, and increases in rainfall and storm surge are unavoidable consequences of warmer air holding more moisture and sea level rise, respectively.

But a new study by Lin Li and Pinaki Chakraborty at the Okinawa Institute of Science and Technology Graduate University focuses on a less-than-obvious question: what happens to hurricanes after landfall in a warming world? Once a storm moves over land, it loses the water vapor from warm ocean waters that fuel it, so it rapidly weakens. The total damage done depends in part on how quickly it weakens.

The researchers examined a data set of all North Atlantic landfalling hurricanes between 1967 and 2018. The primary metric they were interested in was the rate the hurricane lost strength over the first 24 hours after landfall. Strength “decays” on an exponential curve, so they boiled this down to a mathematical parameter for decay time.

This parameter varies a fair bit from storm to storm depending on weather conditions and terrain, so the researchers compared averages for each half of the 50-year period. They found a pretty strong trend. In the earlier 25-year period, the average storm lost about 75 percent of its strength over the first day. In the latter half, the average storm lost only half of its strength.

The researchers also analyzed sea surface temperatures in this area, which have obviously increased over the last 50 years. That means there’s a rough correlation between warmer ocean temperatures and hurricanes retaining strength after landfall. But is there a physical reason to believe the former caused the latter?

Enlarge / The trend in hurricane decay after landfall on the left (higher numbers mean slower decay) and sea surface temperatures on right (in Kelvins, equivalent to degrees C).
Li and Chakraborty

To test this, the researchers used a computer-model simulation of an idealized hurricane—that is, a hurricane in a homogenous virtual setting rather than above a specific location on the Earth. They simulated a series of hurricanes over increasingly warm water, with intensity capped at Category 4, and had each one make landfall at exactly the same strength. Landfall was simulated by suddenly cutting off the supply of water vapor at the bottom of the storm.

Sure enough, the storms that had grown over a warmer ocean took longer to weaken. That means this isn’t a matter of, say, the back half of a storm still feeding on warm water while the front half crosses onto land. Instead, it appears that increased water vapor entrained within the storm itself helped sustain it. Another set of simulations confirmed this by also removing the water vapor at landfall—in this case, the storms all weakened identically.

Florida and the Gulf

It may be that other factors also influenced the trend observed in the real world, and indeed the researchers identify one such factor. Hurricanes that make landfall in Florida’s east coast and north tend to decay a bit faster than those that land around the Gulf and Caribbean (on average). The second half of the 50-year dataset includes slightly more in the slower-decay region, which shifts the overall average. But this can only account for a small portion of the trend, the researchers say—around 20 percent.

The idea that tropical cyclones are retaining more strength after landfall will have to be studied in other regions in the world to see if there’s a consistent trend. But if this is found to be a clear consequence of warming, it will imply that storm damage can increase even without the increases in storm intensity that we’re expecting.

“For over a century, the frequency and intensity of landfalling hurricanes have remained roughly unchanged, but their inflation-adjusted economic losses have steadily increased,” the researchers write. “It has been argued that this increase stems entirely from societal factors (the growth in coastal population and wealth), with the warming climate playing no part. We propose that this accounting may be missing the costs tied to the slower decay of the hurricanes in a warming world.”