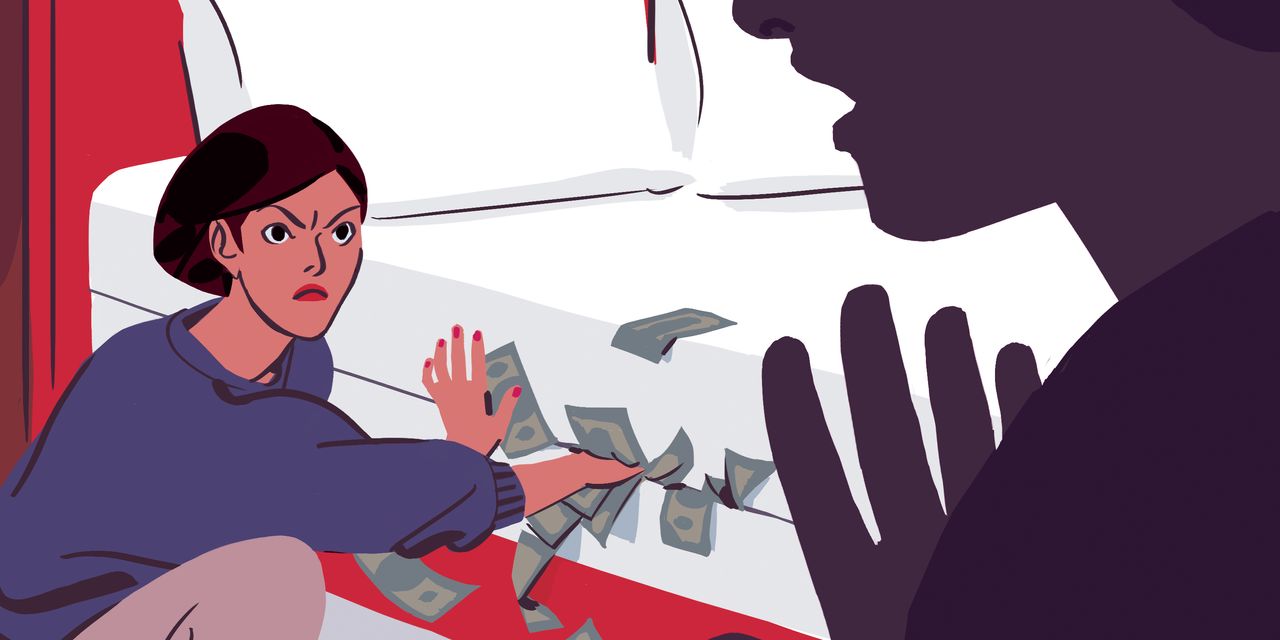 For some couples, the continuing stress of the pandemic and the economic downturn have fueled new disagreements about money and intensified existing ones. Financial advisers say they are hearing from more partners who aren’t seeing eye-to-eye about how much to save, invest and spend.

“The nature of this pandemic, characterized by job losses and business setbacks combined with more day-to-day contact than many spouses have had in years, can raise issues,” said Robert Friedman, a financial planner in New York.

Not only are many couples confined together, but some also are facing new challenges in uncertain times. In the past, they might have quarreled about how much to spend on their children’s tuition or where they could afford to go on vacation. Today, they might be more likely to fight over how much to save for a rainy day or the best time to move to a new house.

Advisers say they are helping clients by running the numbers to find more common ground.

Since the pandemic, how much to save in an emergency fund is the largest point of friction, says Ryan Bayonnet, a Green, Ohio-based financial planner.

What is your best advice for working through disagreements over money with your partner? Join the conversation below.

One couple Mr. Bayonnet works with has struggled with this issue. While her husband, who works at a construction company, sees investment opportunities in energy and banking stocks, she is worried her job as a specialized doctor is no longer recession-proof. The husband has seen business booming during the pandemic, but at the wife’s hospital, many patients have elected to defer care.

To resolve the conflict, Mr. Bayonnet created a financial plan that included this potential scenario. He determined that if she got laid off, they would have enough money in their emergency fund to cover six months of expenses. This is the amount he now recommends two-income households have on hand.

After seeing the calculation, the couple agreed that any additional money could be invested.

“The worst case is investing money, then having to sell and withdraw earlier than expected due to an emergency,” Mr. Bayonnet said.

“
‘Our economy splitting in different directions is causing rifts between couples.’
”

Fights about housing finances have also changed and intensified amid the pandemic, said financial planner Ross Levin in Edina, Minn.

For example, he has seen some situations where one spouse thinks the family’s home is too small and convinces the other spouse to quickly move to a larger house in a new neighborhood. Then, the financial pressure of a larger mortgage or rent payment will cause tension, often leading to complaints about the neighborhood or resentment over chores.

Mr. Levin cautions couples against making a fast decision to move because of a temporary situation such as the pandemic.

Make time to consider whether you can afford to take on higher housing costs in the event a spouse loses a job, he said. Also think about how the commute will change for both partners if you are eventually required to be back in the office. Other considerations include property taxes, utilities and the upkeep of the home.

Ashlee deSteiger, a financial planner in Birmingham, Mich., has seen an increase in disputes about credit-card spending during this time.

navigating your personal finances amid pandemic

For example, one spouse might now rationalize spending on clothing and home-related items since less is being spent on travel and dining out, she said. Others are bored from staying at home and are sometimes overspending for a diversion, she said.

To avoid further strife this holiday season, create a gift budget now that includes presents for each other, any children and family and friends. The goal is to strengthen the lines of communication before another disagreement arises and an unexpectedly large postholiday credit-card bill arrives, she said.

In general, Ms. deSteiger suggests establishing a dollar threshold to trigger when a conversation is deemed necessary about whether both spouses feel comfortable with a purchase. For example, one couple might decide that any transaction over $500 warrants a conversation first.

“Not having the conversation is the biggest mistake,” said Ms. deSteiger.

Some big triggers of conflict with couples around finances, especially during the pandemic, are secrecy, changes in roles and lack of communication, says Karol Ward, a therapist and confidence coach. Here are some techniques from her to resolve money conflicts.

Write to Veronica Dagher at veronica.dagher@wsj.com

Mavericks’ Luka Doncic Has Championship Aspirations Heading Into A Season