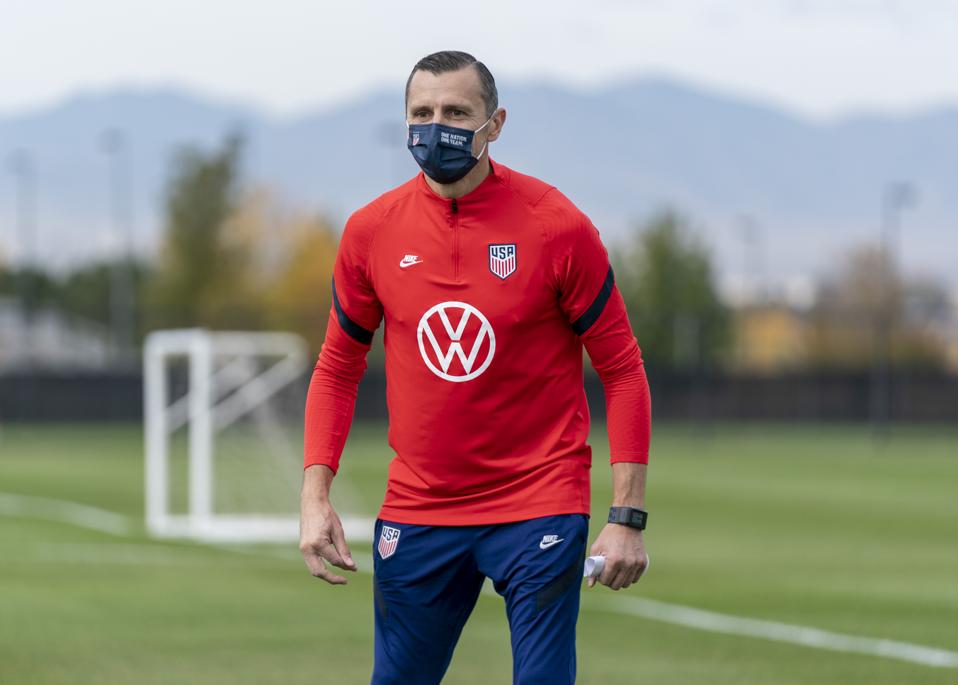 In a normal run-up to a major tournament — and the Olympics is as major as it gets, this side of the World Cup — a national team coach is looking to do two things, often at cross purposes with one another.

There’s the effort to get a good look at everyone in the player pool, which means cycling people in and out of available camps and matches ahead of the final roster selection. But there is also the need to get that group together, coalescing for at least some time before the tournament begins.

It will not come as a surprise that this has not been a typical run-up to a major tournament. What was supposed to be the 2020 Olympics has been changed, thanks to COVID-19, to the 2021 Olympics. A two-year gap for Vlatko Andonovski to follow Jill Ellis’ exemplary work has provided some opportunities, as well as some challenges.

But first, it means taking that winnowing in a different way, with a closer circle of potential newcomers and the need to swap people in and out right until the decision on a roster must be made.

“So it’s a it’s a process that never stops,” Andonovski said in a conference call with media this week. “And I’m sure as we get closer to the Olympics, the roster will narrow down, but there is not a certain date when we can say okay this is the date when we’re going to decide. We’re going to keep evaluating keep analyzing and, in some ways, keep everyone on their toes.”

Even so, there are a number of potential newcomers, like Sophia Smith and Catarina Macario — the latter’s paperwork is still in limbo, so she won’t play, but Andonovski shouted out Smith as someone he is eager to get a look at — in the group set to take on the Netherlands on November 27.

“It’s a small group,” Andonovski said. “If you look at the players, I would say about 70% will be the same.”

He did affirm that among the 30 percent, two of the biggest names are part of the 2021 picture going forward. Megan Rapinoe and Carli Lloyd have both been in contact with him, and he is eager to see them play as soon as January.

Between this sense of his plan and the NWSL’s announcement on Wednesday about the league’s 2021 season structure, a window into what is a confusing future has begun to take shape.

The NWSL plans to hold a second Challenge Cup, but this time in the spring, not the summer. The league described a much longer runway to that competition this way in a Tuesday press release: “Players will report to camp on Feb. 1, 2021, with the first competition coming in mid-April when the NWSL Challenge Cup returns”.

Put another way, that’s more than two months of training without competitive games. On the heels of a 2020 when national team players did not get nearly as much action as usual, this provides an unusual, but potentially useful way to get players where they need to be physically.

It is also no surprise that the large number of USWNT players who are playing overseas right now — seven of the 23 named to the squad playing in November — are a potential secret weapon, as opposed to past tournament lead-ups, when the U.S. has preferred to see players stay in the United States.

One of those players, Alex Morgan, is getting the reps she needs with Tottenham Hotspur. It is hard to imagine, had she remained here, that she could play herself into game shape quite as easily.

“In this particular instance with with Alex, we’re not putting as much into into her performance,” Andonovski said. “We’re looking at more of her getting quality minutes, because I know the quality that Alex has. She has already proved that she’s a quality player and that she will make impact on this team.”

This is a team that has more than a few known quantities like Morgan. And typically, a season that doesn’t begin until April, with a July Olympics, would mean the chances of anyone playing her way into contention with NWSL form would be unlikely at best.

But as everyone, especially Vlatko Andonovski, understands: this is not a typical cycle.