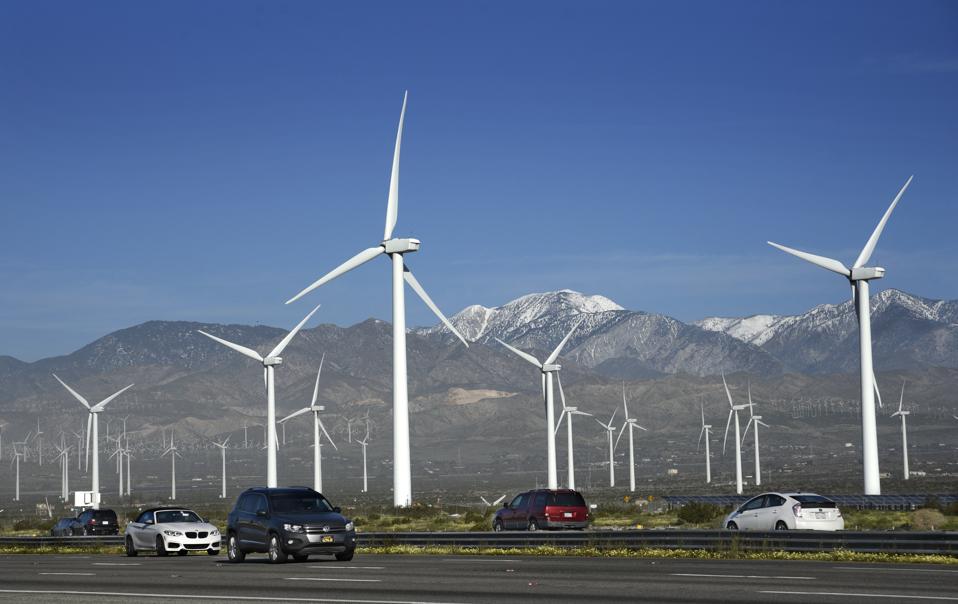 With Joe Biden’s presidential election victory last week, climate change is set to be a top priority for the incoming administration, second only to the Covid-19 recovery. As discussed in my recent article, the president-elect has laid out an ambitious roadmap for decarbonizing the US economy, which includes a carbon-free power sector by 2035 and net-zero carbon emissions for the country by 2050. This will require unprecedented investments in green energy technologies: from traditional solar, wind, and storage to frontier tech like hydrogen fuel cells and small modular reactors (SMRs).

The shifting economics of renewables are challenging hydrocarbon incumbents like coal, oil, and even natural gas, which means investors need to understand the finance industry’s logic behind its multi-billion dollar decisions.

In June, Goldman Sachs shared their expectation that spending for renewable power projects will become the largest area of energy spending in 2021, surpassing upstream oil and gas for the first time in history. The multinational investment bank and financial services company also expects the clean energy sector to reach a $16 trillion investment volume through 2030, eclipsing fossil fuels.

A main driver of this trend, cited by Goldman Sachs GS , is the diverging costs of capital. Hurdle rates – a measure of risk akin to weighted average cost of capital (WACC) – for today’s fossil fuel projects are calculated around 10-20% whereas renewables are in a much safer 3-5% range, and money likes to go where risk is lowest. These numbers are consistent in the European Union and the United States.

According to the report, renewable power will reach 25% of total energy supply capex in 2021, beating out hydrocarbons for the first time ever. 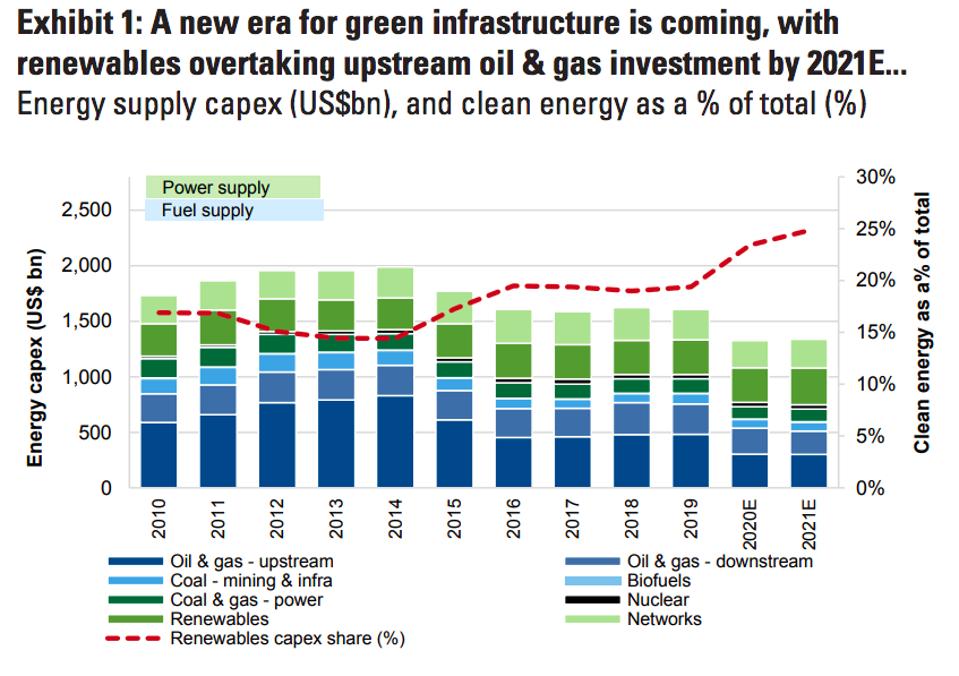 The New Houston: Oil Is No Longer To Reign As Absolute Monarch

Wielding $9 Trillion, Investors Warn Firms From BP To BMW To Get Real On Climate Change

Piracy Attacks On Oil Facilities And Vessels: An Issue The U.S. Could Soon Face

One of the most  visible markers of this sea-change is the rising costs of capital for oil and gas projects. Energy sector experts and analysts have been writing about capex cuts in the sector even before COVID-19 hit the demand curve. WoodMackenzie analysts, for example, had reported in 2016 that global Exploration and Production companies shrank their capital spending from 2015 to 2020 by 22%, or US$740 billion.

Fast forward to 2020. Analysts now argue that the upstream market has evolved in a way that only the most cost-conscious investments are being rewarded. Slowing activity in North America is expected to result in a $530 billion reduction in capex over the next 5 years. Upstream oil & gas spending is down more than 60% from the peak in 2014, and oil reserve life has fallen by 20 years due to stranded assets.

Subsequently , oil and gas majors are shifting towards more climate-friendly business strategies as well. According to the GS report, Big oil will allocate some 14% of their 2021 budgets to renewables vs. 4% in 2019.

While the oil and gas sector in the United States now faces a grim reality of austerity and belt-tightening, the capital costs of renewable-sourced power projects have dropped significantly between 2010-2019 – a trend which is expected to continue.

In 2019, the European Investment Bank (EIB) announced that it would end financing for fossil fuel energy projects from the end of 2021. This year, many private investment banks, including Deutsche Bank, Morgan Stanley MS , Citi Bank, have also announced their strategies to reduce their exposure to the oil and gas sector. Additionally, big private equity firms are now increasingly putting their investments into decarbonization technologies. For example, earlier this year, Blackstone BX announced a $850 million solar recapitalization investment in Altus Power.

Governmental subsidies for renewable energy also play a huge role in the emergence of renewables age. An IRENA study projects that global support for renewables would increase from $166 billion annually in 2017 to $192 billion in 2030 and $209 billion in 2050.

Covid-19 is accelerating the green energy transition – boosting green growth and dampening hydrocarbon demand. It is difficult to foresee a future with these trends reversing, even post-Covid. The implications for the oil and gas sectors are dire. The unprecedented shift in financing from hydrocarbons to renewable energy projects described by Goldman Sachs is now underway.

With Assistance from Talya Yuzucu