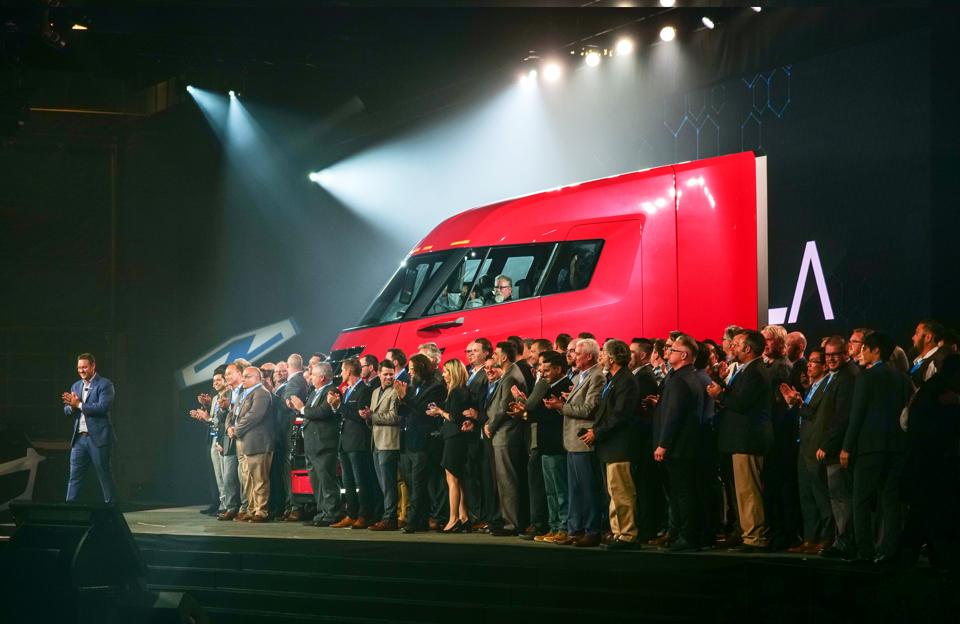 Nikola founder and chairman Trevor Milton, left, with staff at the Nikola World conference in 2019.

General Motor GM s hasn’t closed its deal to take an 11% stake in Nikola, the startup maker of hydrogen- and battery-powered trucks, and continues to assess the situation following accusations that founder Trevor Milton lied about Nikola’s technology and misled investors.

“Our transaction with Nikola has not closed,” GM spokeswoman Julie Huston-Rough said. “We are in discussions with current Nikola management and will provide further updates when appropriate or required.”

GM and Nikola announced plans to work together on Sept. 8, triggering a 41% surge for shares of the newly public Phoenix-based company. Under the potential 10-year deal, Nikola would use GM’s new Ultium lithium-ion battery system and Hydrotec fuel cells, their first commercial application. GM is to “engineer, homologate, validate and manufacture” the Nikola-designed Badger pickup that’s powered by batteries and fuel cells. In exchange, GM is to receive newly issued Nikola stock that was worth $2 billion at the time the deal was announced. The Detroit-based automaker will also be able to appoint one member to Nikola’s company’s board.

Two days after that alliance was announced, Nikola was hit by accusations of fraud and misrepresentation in a sensational report by Hindenburg Research, a financial research firm run by analyst Nate Anderson. Among its allegations, the “breakthrough” battery system Milton said the company was working on last year doesn’t exist and Nikola claimed to have designed technology and vehicle components purchased from other manufacturers as its own. “We have never seen this level of deception at a public company, especially of this size,” said Anderson, who has a short position in Nikola shares.

Milton resigned as Nikola’s executive chairman on Sept. 20 and was replaced by Steve Girsky, the Nikola board member who helped orchestrate the company’s public listing and introduced it to GM. Girsky had been the automaker’s vice chairman following its bankruptcy and revival and also worked as a financial analyst for decades.

Nikola has positioned itself as the fastest mover in the hydrogen vehicle space, a technology that’s been around for decades but has yet to find broad market adoption owing to a lack of fuel stations and costs associated with the technology. Costs for hydrogen fuel cells and other components have fallen significantly in the past decade and new options for making hydrogen from wind- or solar-generated electricity have made it a more compelling option in the past two years, particularly for heavy-duty trucks. Toyota, Hyundai Motor, Daimler, Cummins and other global manufacturers are also reading hydrogen-powered trucks and powertrains, though none has been moving quite so fast into the market as Nikola.

Along with General Motors, Nikola also has industrial partnerships with Bosch, CNH Industrial/IVECO, a European commercial vehicle manufacturer, Meritor, Nel Hydrogen and South Korea’s Hanwha Solar. Nikola has also been in talks with energy companies, including BP, to partner with it, though those talks have been on hold following the allegations against Milton.

The Hindenburg report also appears to have spurred reviews of Nikola by the Securities and Exchange Commission and the Justice Department, though neither agency will confirm that. Presumably, GM and any potential energy company partner won’t move forward with Nikola until those reviews are complete.

“Nikola continues to work with GM towards a closing and will provide further updates when appropriate or required,” Nikola said in a statement.

Separately, Milton has also been accused of sexual abuse by two women in incidents that occurred years before he founded Nikola, according to CNBC.

Shares of Nikola have plunged in Nasdaq NDAQ trading following the Hindenburg report, dropping from $50.05 on Sept. 8, the day its deal with GM was announced, to $17.88 on Tuesday.