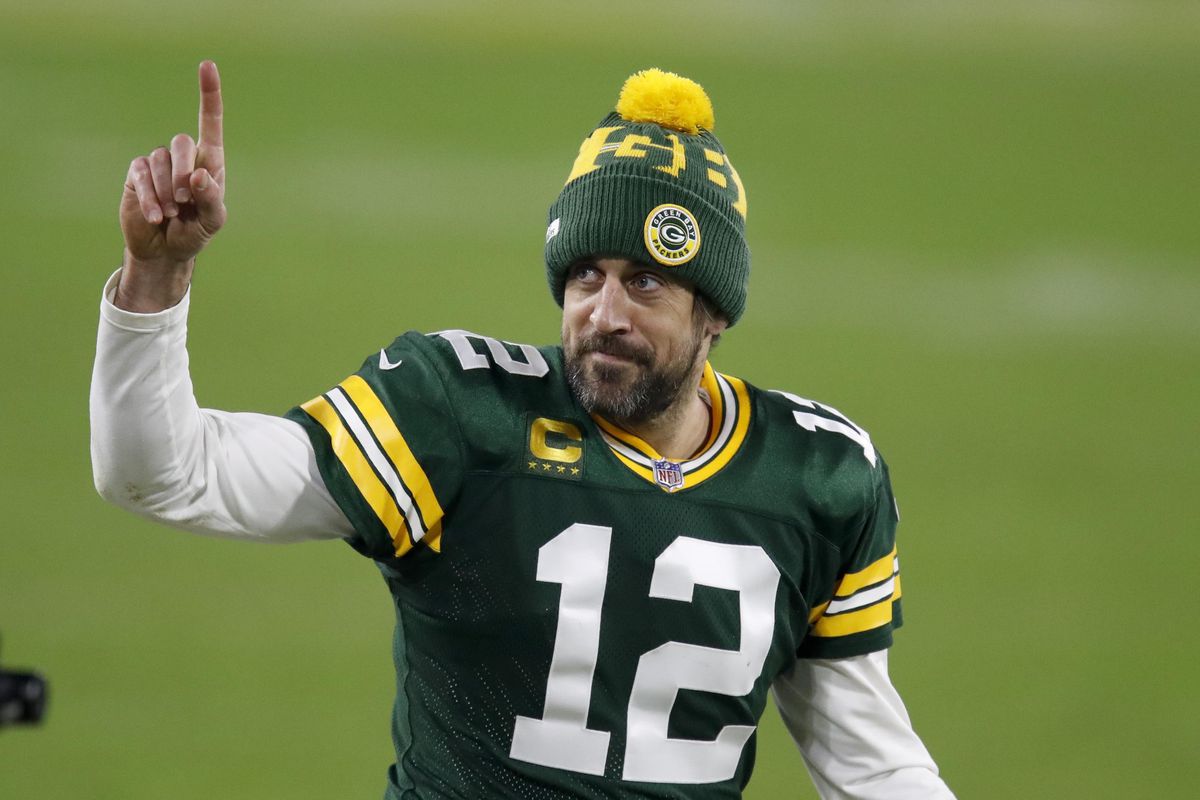 He was angry and hurt when the Packers drafted Jordan Love in 2020 to eventually replace him. Rodgers reportedly has issues with several members of the front office.

Now, teams across the league are calling about his availability. If the Packers decide to trade Rodgers during the NFL Draft this weekend, here are five spots that make sense for both sides.

The Broncos, who hold the ninth pick in the first round, had the worst quarterback in the NFC West and one of the poorest in football in Drew Lock last season. They added Teddy Bridgewater on Wednesday, but he’s never been the answer to anybody’s question.

Denver general manager John Elway — one of the greatest quarterbacks in NFL history — would love nothing more than to land another Hall of Fame quarterback.

Back in 2012, Indianapolis made quarterback Peyton Manning available and Elway pounced. Manning then threw a remarkable 131 touchdown passes in his first three seasons with the Broncos — including an NFL record 55 in 2013 — and helped the Broncos win the 2015 Super Bowl.

If Rodgers becomes available, Elway will undoubtedly try repeating that Manning magic by dealing for Rodgers.

Even though Gruden is under contract for the next seven seasons, the pressure is beginning to ratchet up. And landing a player like Rodgers could change the fortunes of this franchise.

Gruden and general manager Mike Mayock have stood by quarterback Derek Carr. And even though Carr ranks in the top half of quarterbacks in football, he’s not Rodgers.

Gruden was in Tampa Bay in 2005 when the Buccaneers passed on Rodgers in the draft. In 2018, Gruden called that decision, “one of the greatest regrets of my life.”

Perhaps he’ll get a chance to make amends.

New England, which has the 15th pick in the first round, went on a spending spree during free agency, guaranteeing a NFL-record $148.6 million in signings.  While the Patriots figure to be better than the 7-9 outfit they fielded in 2020, they’re not a viable Super Bowl contender with Cam Newton at quarterback.

Rodgers would obviously change that, and get a chance to work with a coach he greatly admires. When the Packers and Patriots last played in 2018, Rodgers and Belichick met afterwards at midfield in Foxboro.

Belichick said, “No, you are. You are. You’re awesome.”

Perhaps, the love affair will continue.

The Packers and Jets made one of the biggest trades in NFL history in Aug., 2008, when Green Bay sent Hall of Fame quarterback Brett Favre to New York.

Favre is the Jets’ only Pro Bowl quarterback this century, so the Jets would get the star power they’ve been lacking. Packers coach Matt LaFleur and Jets coach Robert Saleh are also extremely close and could help facilitate a trade.

If Green Bay trades Rodgers, it will do everything possible to move him out of the conference. If San Francisco has the most assets to offer, though, the 49ers could be an option.

Rodgers grew up less than three hours from San Francisco and was a huge 49ers fan. Rodgers was devastated when San Francisco passed on him in the 2005 draft and would relish a chance to finish his career in the Bay Area.

The 49ers came to the determination they can’t win a Super Bowl with Jimmy Garoppolo. So San Francisco moved to No. 3 in this year’s draft by giving up the 12th pick this year, a first- and third-round pick in 2022 and a first-round pick in 2023.

The 49ers would love to use that No. 3 pick — and several others — in a trade for Rodgers. The question is will Green Bay listen to offers?

Blackstone enters deal to buy Home Partners of America for

Climate change’s impact on jobs and inflation is already a