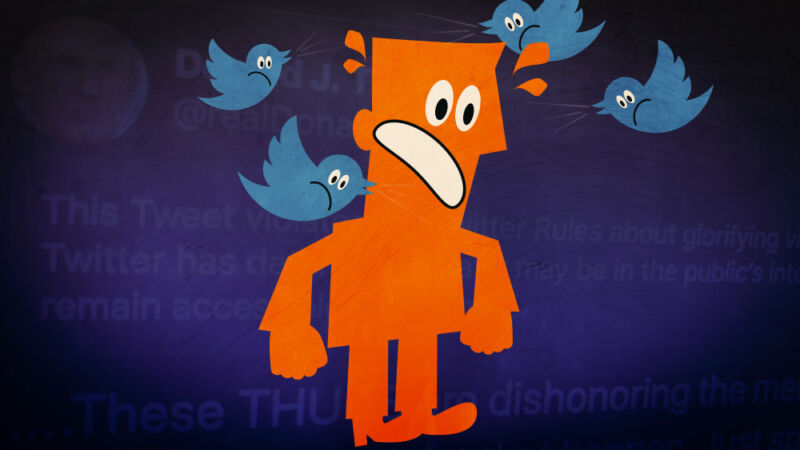 “After close review of recent Tweets from the @realDonaldTrump account and the context around them—specifically how they are being received and interpreted on and off Twitter—we have permanently suspended the account due to the risk of further incitement of violence,” Twitter said in a company blog post this evening.

On Wednesday, in the wake of the insurrectionist violence at the US Capitol, Twitter gave Trump a 12-hour suspension and required him to delete three tweets that it saw as continuing to promote, endorse, or glorify the violent event.

In its explanation, Twitter cited two of the tweets Trump posted Wednesday and said that the messages “must be read in the context of broader events in the country and the ways in which the President’s statements can be mobilized by different audiences, including to incite violence, as well as in the context of the pattern of behavior from this account in recent weeks.”

The 12-hour ban expired late Thursday, and on Friday morning Trump returned to the platform to tweet, “The 75,000,000 great American Patriots who voted for me, AMERICA FIRST, and MAKE AMERICA GREAT AGAIN, will have a GIANT VOICE long into the future. They will not be disrespected or treated unfairly in any way, shape or form!!!”

In context, Twitter determined, that message once again comprises a call to violence and, in short, Trump broke that rule one too many times and earned the perma-boot.

This is at least the fourth platform ban Donald Trump has earned since Wednesday. Twitch, Snapchat, and Facebook (including Instagram) have all also suspended Trump “indefinitely.”

Twitter earlier today also suspended the accounts of several prominent Trump supporters, including Michael Flynn and Sidney Powell, as part of a push to deplatform Qanon.

Update, 8:40pm ET: Twitter said it would delete any attempts by Trump to circumvent his ban, and the company seems to have meant it. Trump took to the dfficial presidential Twitter account, @POTUS, a little before 8:30pm to complain about his ban; the thread, as shown in a screenshot below, was deleted within a few minutes.