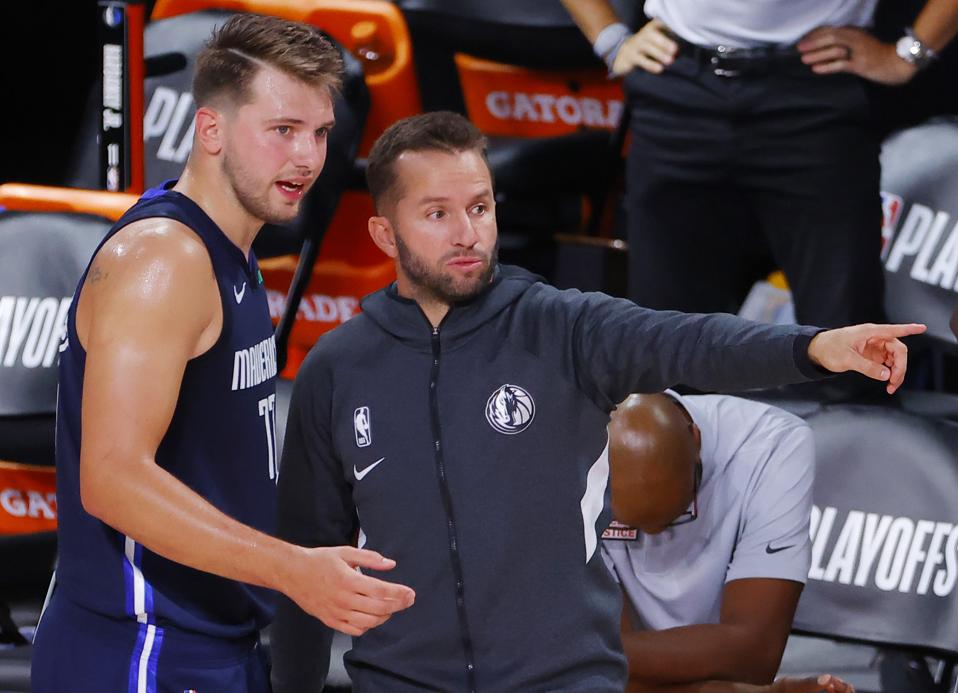 LAKE BUENA VISTA, FLORIDA – AUGUST 23: Luka Doncic #77 of the Dallas Mavericks and J.J. Barea talk … [+] during the fourth quarter against the LA Clippers in Game Four of the Western Conference First Round during the 2020 NBA Playoffs at AdventHealth Arena at ESPN Wide World Of Sports Complex on August 23, 2020 in Lake Buena Vista, Florida. NOTE TO USER: User expressly acknowledges and agrees that, by downloading and or using this photograph, User is consenting to the terms and conditions of the Getty Images License Agreement. (Photo by Kevin C. Cox/Getty Images)

NBA free agency did not disappoint with the number of big names inking deals and on the move throughout the league on its second day. Things were active, yet more subdued for the Dallas Mavericks on Day 2, however. While the Mavericks reportedly made some additions, they weren’t flashy. Still, the team remained steadfast, filling out its roster.

After agreeing to terms with guard Trey Burke and forward James Johnson on Friday, Dallas continued to focus on adding guards and wings. The day began with news that the Mavericks plan to retain veteran guard and fan-favorite J.J. Barea. The 14-year veteran has spent 11 seasons with the Mavericks and is the last player remaining on the roster from the 2011 NBA Championship team.

In recent seasons, Barea found himself out of the team’s regular rotation, taking on a deep reserve role. Last year, he appeared in just 29 games during the truncated schedule, after signing a one-year, $2.56 million contract with the team. At the end of the season, it was clear that the reduced playing time frustrated Barea.

“I don’t know exactly where. If it is going to be in Dallas, I know what they want is to move me to coach. If I want to play basketball, I have to go the other way,” he added.

He won’t be hanging up his Nikes just yet, but he shouldn’t expect an expanded playing role. The Mavericks are likely keeping him around for a number of reasons. He’s a veteran who can teach the team’s young players and be a strong presence in the locker room. He’s also formed a close bond with Luka Doncic.

The Mavericks hold Barea’s Bird rights and can therefore sign him against the salary cap. It’s likely that they’ll retain him on a deal similar to the one he signed last summer. Barea is again eligible for a veteran’s minimum of $2.56 million. 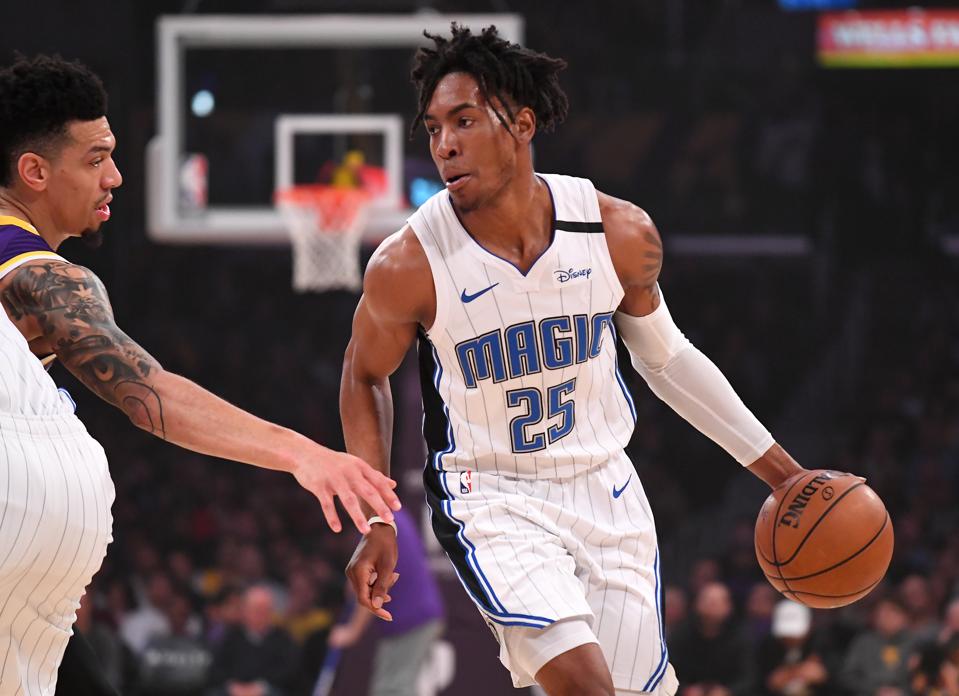 LOS ANGELES, CA – JANUARY 15: Wes Iwundu #25 of the Orlando Magic drives to the basket in the game … [+] against the Los Angeles Lakers in the game at Staples Center on January 15, 2020 in Los Angeles, California. NOTE TO USER: User expressly acknowledges and agrees that, by downloading and/or using this Photograph, user is consenting to the terms and conditions of the Getty Images License Agreement.(Photo by Jayne Kamin-Oncea/Getty Images)

Dallas is also reportedly signing three-year vet Wesley Iwundu to a guaranteed two-year, veteran’s minimum worth $3.36 million. The 6-foot-6 forward has spent his entire career with the Orlando Magic. Last season was his most productive as he averaged 5.8 points, 2.5 rebounds and 1.2 assists in 18.3 minutes. He appeared in 52 games and made 21 starts.

Like the additions of Josh Richardson and James Johnson, Iwundu gives the Mavericks much needed depth along the perimeter. He’s another 3-and-D mold player that the team covets, although his outside shooting is average. Last season, he shot 34.1% on three-pointers.

In a lesser move, Dallas added Prairie View A&M’s Devonte Paterson to an Exhibit 10 contract, according to a report. Exhibit 10 contracts are non-guaranteed deals worth a one-year, minimum salary. NBA teams use them primarily to sign players for training camp that they then send to their G League affiliates. Exhibit 10 players receive a $50,000 bonus if their NBA team waives them but they remain on a G League roster for at least 60 days.

The 6-foot-7 Patterson was the Southwestern Athletic Conference Player of the Year during his senior season at Prairie View. He averaged 15.8 points, 6.4 rebounds and 3.0 assists. The SWAC doesn’t have many players reach the pros, but it’s probably not a coincidence that Patterson is getting an opportunity.

Patterson played for a home-schooled team in Texas, the Flower Mound Rangers. This normally wouldn’t warrant mention, but the man behind the team, Neal Hawks, has close ties to the Mavericks. He’s the brother-in-law of Mavericks owner Mark Cuban. Patterson lived with Hawks for a time in high school and former Mavericks Michael Finley and Jason Terry gave coaching assistance to Hawks’ teams. Patterson’s connections to the Mavericks are more than a decade in the making.

At present, it appears Dallas does not have any more room to sign anyone. The team filled its 15-man roster and has two two-way players on the books. Still, Mavericks General Manager Donnie Nelson said the team will remain active during free agency. If he has something up his sleeve, he hasn’t revealed it yet.