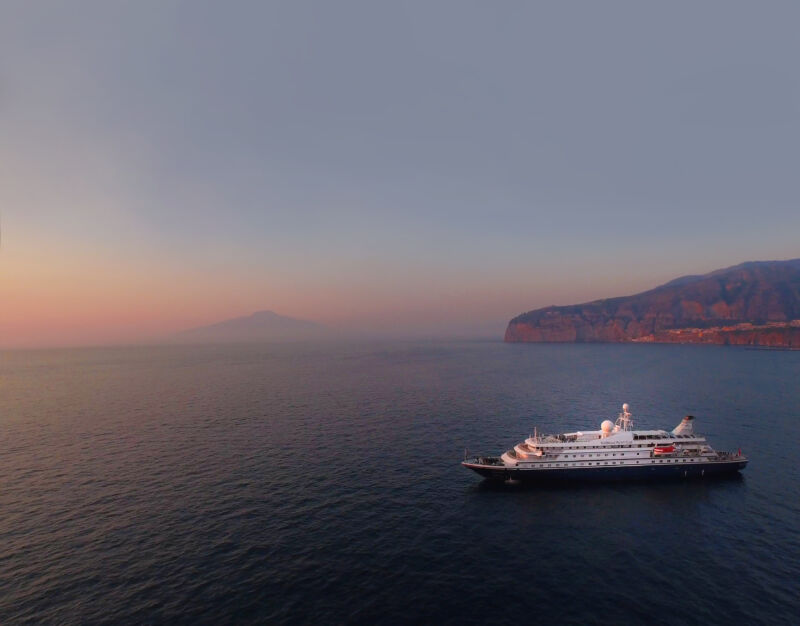 Plans for luxury cruises have quickly—and perhaps predictably—run aground in the Caribbean.

Cruise ship-operator SeaDream Yacht Club this week canceled all voyages for the rest of the year after one of its ships—the first to resume sailing in the region amid the pandemic—was wrecked by a COVID-19 outbreak last week.

So far, at least seven of the 53 passengers and two of the 66 crew aboard the yacht-style SeaDream I liner have tested positive for the novel coronavirus, SARS-CoV-2. The infected and those testing negative have since disembarked.

The cruise, which boarded passengers in Barbados on November 7, was said to be a “watershed” voyage for the cruise industry. SeaDream strived to prove it could continue to operate amidst a global health crisis—even as the pandemic currently rages in Europe and the United States to its greatest extent yet.

SeaDream set sail on the crusade without many of its colleagues. The trade organization that represents 95 percent of the industry, Cruise Lines International Association (CLIA), had announced earlier that it was extending a voluntary suspension of all cruises through the end of the year.

But SeaDream shoved off, touting its extensive health protocols and precautions. The cruise-line operator invited fewer guests on board, tried to maintain physical distance, encouraged mask wearing, and altered off-vessel excursions to keep passengers from mingling with other people on shore.

Passengers were also required to test negative for SARS-CoV-2 multiple times to try to create a COVID-free bubble at sea. Though passengers took highly accurate RT-PCR lab tests prior to boarding, onboard testing appears to have relied on a rapid test by Abbott, which is not intended to detect asymptomatic or pre-symptomatic infections. Experts have repeatedly raised questions about its use for general screenings, particularly in the wake of outbreaks at the White House, which relied solely on Abbott testing to prevent disease spread.

Four days after SeaDream I departed from Barbados, a passenger developed symptoms and tested positive for SARS-CoV-2. The ship immediately headed back to the Caribbean island, with all passengers and nonessential crew in quarantine. In the end, SeaDream admitted that all its efforts to prevent the spread of disease at sea were “not sufficient.”

Though the cruise operator noted once again that it operated 21 voyages in Norway in June without apparent incident, it decided to cancel the rest of its 2020 sailing plans. “The company will now spend time to evaluate and see if it is possible to operate and have a high degree of certainty of not getting COVID,” SeaDream wrote in a press release.

The news may not be surprising, given that the pandemic was first marked by devastating outbreaks of COVID-19 aboard cruise ships. Most notably was the case of the Diamond Princess, which was struck by an early outbreak and quarantined for weeks at a Japanese port in February. In the end, 712 of the 3,711 passengers and crew were infected, 37 required intensive care, and nine died.

Cruise ships’ close quarters and social nature make them hotbeds for disease transmission, and experts have strongly advised the public against sailing while coronavirus transmission remains high. For those reasons, the US Centers for Disease Control and Prevention had reportedly intended to extend a no-sail order for cruise ships to February 2021. However, the agency was overruled by the Trump administration, which had the no-sail order lifted October 30. At the time of the decision, health officials suggested that the move was made prior to the presidential election to appease the cruise industry, which has economic influence in the swing state of Florida.

With passengers and crew of SeaDream I now off-ship and scattered, it may be difficult to tell if additional cases will develop. Sue Bryant, who writes for Cruise Critic and was aboard the ill-fated liner, wrote in a post that crew members said that some infected passengers did not go to an isolation center in the Barbados as expected. A group of six people traveling together—which included the first person who became ill as well as four other infected people—”had returned home to the US by private jet, five of them having tested positive.”

Passengers who tested negative were allowed to disembark and go to the airport to catch flights back to their home countries. Of the 53 passengers, 37 were Americans, and others hailed from the UK, Austria, Denmark, Norway, Sweden, and Germany.

“I still wonder why we were allowed to leave Barbados rather than made to quarantine,” Bryant wrote. “The official line was that we had all presented two negative tests, one government-approved, and were free to go. My opinion is that they wanted us off the island as soon as possible.”

Larsa Pippen apparently has a famous new boyfriend — and

10 Remote Airbnbs As Stunning As They Are Secluded

Physics is somewhat less broken, but still not quite right