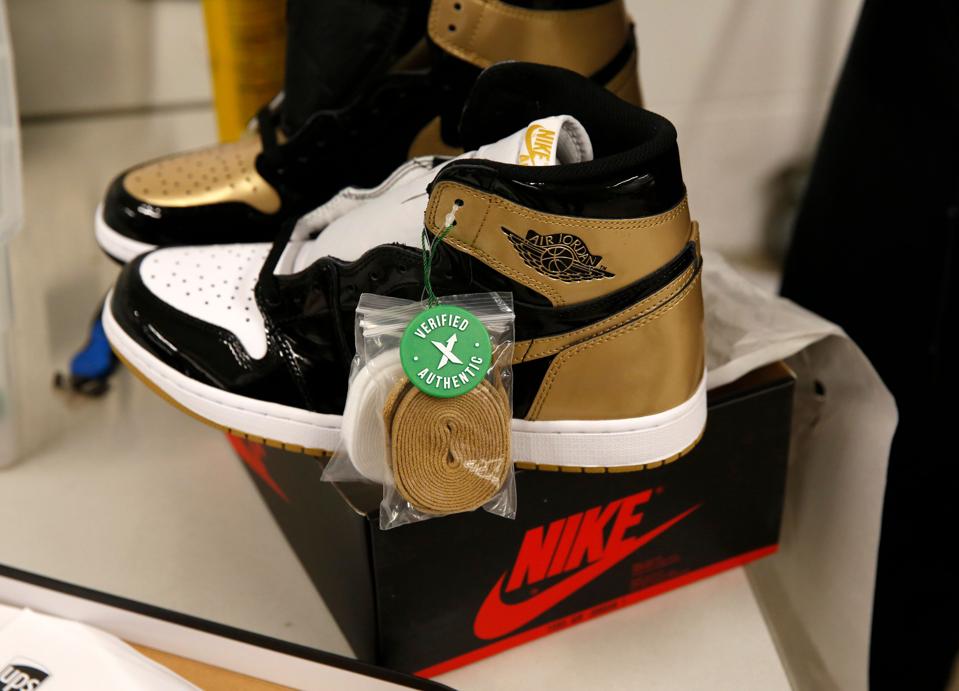 Air Jordan 1 Retro sneakers, one of the brands carried by Stock X.

With Asian women driving interest in rare, preworn sneakers, it’s no surprise that resale platform StockX is making a run at the Asia Pacific region with the opening of an authentication center in Hong Kong and the launch of localized business in Mainland China.

StockX already has a presence in Japan, where in 2019 it opened a Tokyo office and subsequently launched service in the country this year.

While opening a brick and mortar location in Hong Kong seems counterintuitive, given retail’s extreme challenges from the COVID-19 pandemic and political and social unrest, StockX has said that its growth in the coming decade will come from markets outside the U.S., including the Asia Pacific region and Europe.

A report from StockX last month said the global sneaker resale market will reach $30 billion by 2030, compared with $19 billion in the U.S.

StockX transactions up over 500% in the third quarter of 2020 compared to the same period last year, and transactions ahead by 1,000% year-over-year.

Younger consumers in China are driving sales of rare, preowned sneakers and collectibles.

StockX claims to be world’s first stock market for things, a live marketplace where buyers place bids, sellers place asks and when a bid and ask meet, the transaction happens automatically. The site features retro Jordans, Nikes and Yeezys, among other brands, and authenticity is “100% authentic guaranteed.”

The web site has the conceit of a Wall Street ticker running across the bottom of the computer screen, tracking sales of brands offered on the site with green and red arrows.

StockX, which was founded by Dan Gilbert, Josh Luber and Greg Schwartz, launched in February 2016. Luber launched Campless, an e-commerce site dedicated to rare sneakers in 2012.

Amazon Live Video Shows Us The Future Of E-Commerce

Luber, a self-confessed sneaker head, owned so many pairs that he had to build a room over his garage to house them. He left the company in October after revealing in June 2019 that he was stepping down from his role as CEO, with Scott Cutler, senior vice president of the Americas at eBay, replacing him.

At the time, StockX said Luber would continue to serve on the company’s executive leadership team and board of directors.

“StockX was founded more than four years ago by a group of visionaries with a commitment to disrupting e-commerce and addressing the changing needs of the consumer. Today, StockX announced that Josh Luber, the company’s co-founder, is leaving to pursue interests outside of the company,” StockX said.