The affordable segment is likely to dominate new condo supply in Bangkok this year as most developers are shifting to this large market despite a number of completed units remaining for sale.

Phattarachai Taweewong, research and communication director at property consultant Colliers Thailand, said 2021 would be the first year in the past five that new condo supply with affordable prices would be the most active segment.

“Condos with affordable prices of lower than 100,000 baht per square metre or below 3 million baht a unit will mostly dominate the market as developers plan to launch these units in large numbers,” he said.

One such company is Sena Development Plc, which has eight new projects out of 17 set to launch this year that are condo units priced lower than 2 million baht. 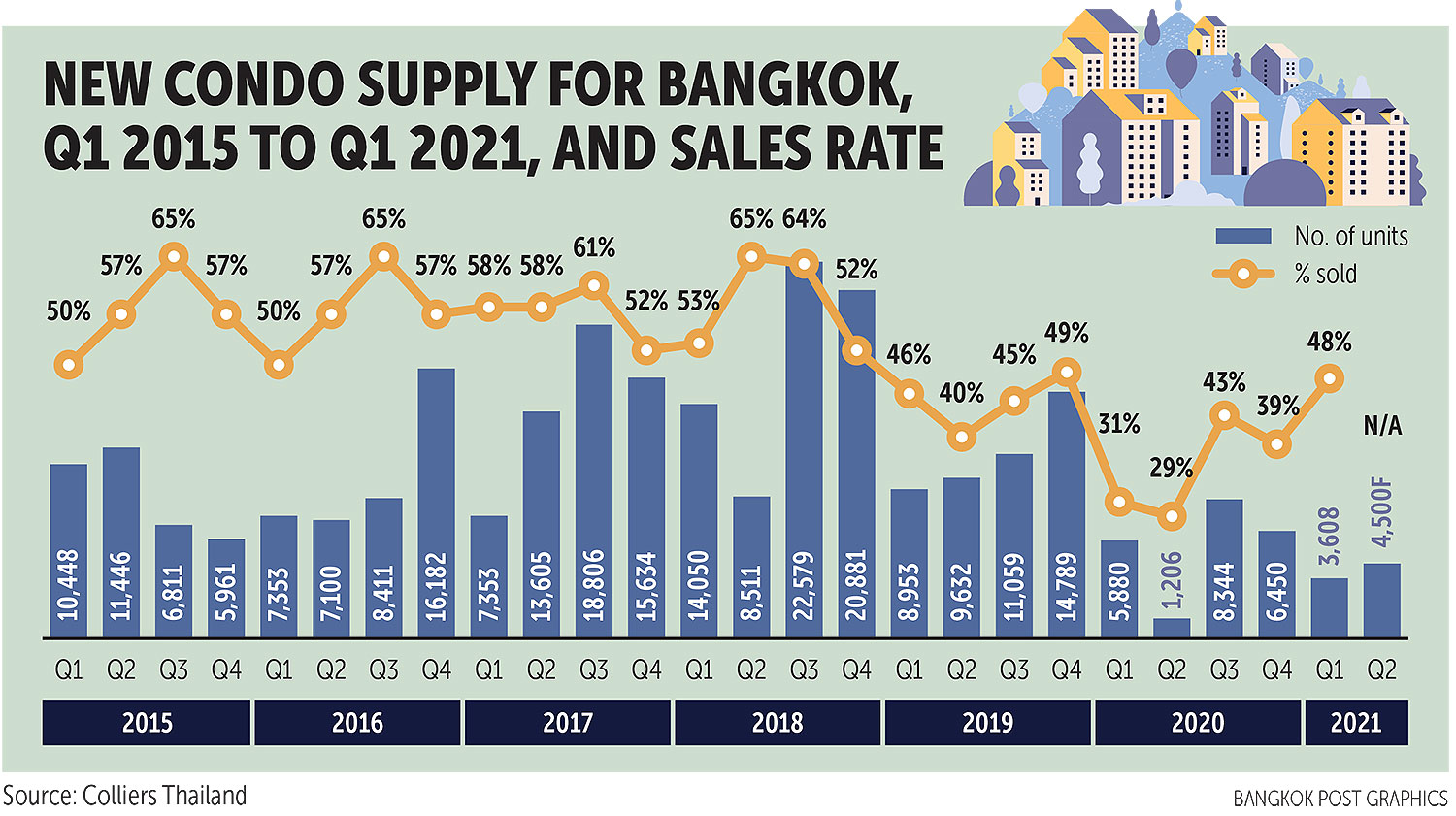 “Condo units costing less than 1 million baht will replace townhouses in the same locations that are not affordable any more,” said Kessara Thanyalakpark, Sena’s managing director.

He said many projects will be located near educational institutions or shopping malls where demand is strong.

“Affordably priced units have the largest customer base. Most of the demand comes from salary earners,” said Mr Phattarachai. 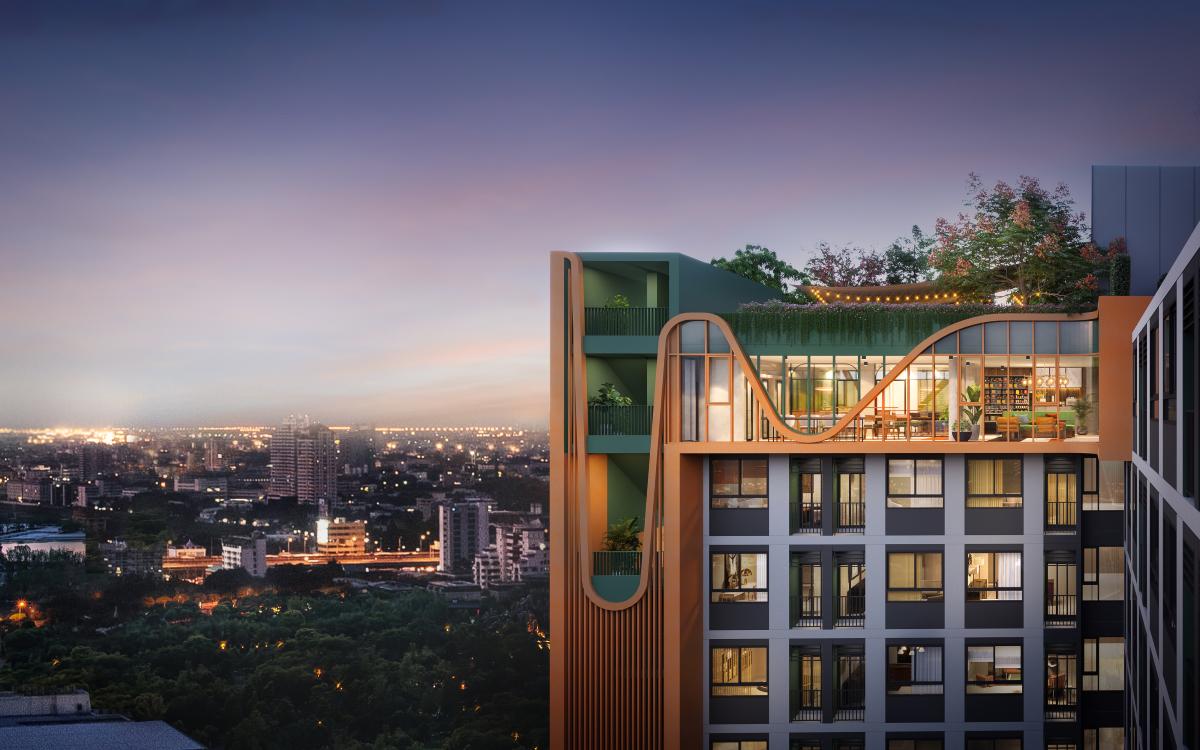 Colliers expects more than half of the 4,500 condo units slated to launch in the second quarter this year will have price tag of 50,000-100,000 baht per sq m, or lower than 2 million baht a unit.

In the first quarter this year, 3,608 new condo units from 10 projects worth a combined 22.3 billion baht launched in Bangkok, down 38.6% from the same period last year. This represents two consecutive quarters of decline.

This decrease was attributed to developers shifting to low-rise houses and condo development in other provinces, such as Chon Buri and Rayong, he said.

However, the sales rate for condos improved to 48% from 39% in the fourth quarter of 2020 as some projects recorded 80% in the presales period, according to Colliers.

Some 46% of new supply in the first quarter was in city fringe locations or near new mass transit lines under construction. The largest number was near the Yellow Line, followed by northern fringe areas and inner city locations. 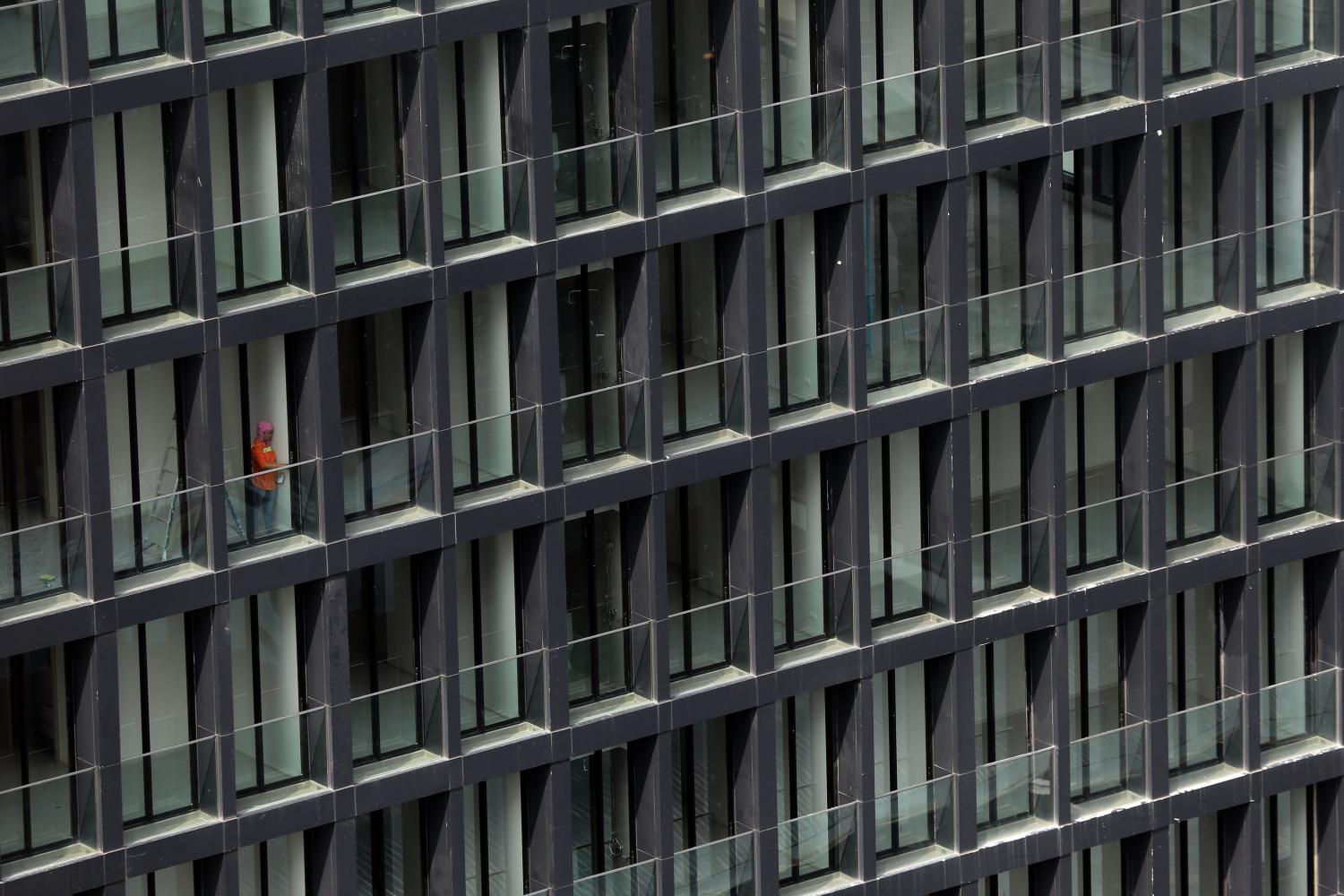 Condominiums alongside BTS skytrain. Some 46% of new supply in the first quarter were in city fringe locations or near new mass transit lines under construction. Pattarachai Preechapanich

“The best seller in the first quarter were units priced between 100,000-150,000 baht per sq m as all of them came from big projects by large developers that wanted to replace units sold last year,” said Mr Phattarachai.

During the past five years, the majority of new condo supply launched in Bangkok was priced between 100,000-150,000 baht per sq m, or higher than 3 million baht a unit, he said.

After the property tax incentives for units priced lower than 3 million baht were applied last year, new condo launches shifted to that price range as the inventories in this segment were absorbed. 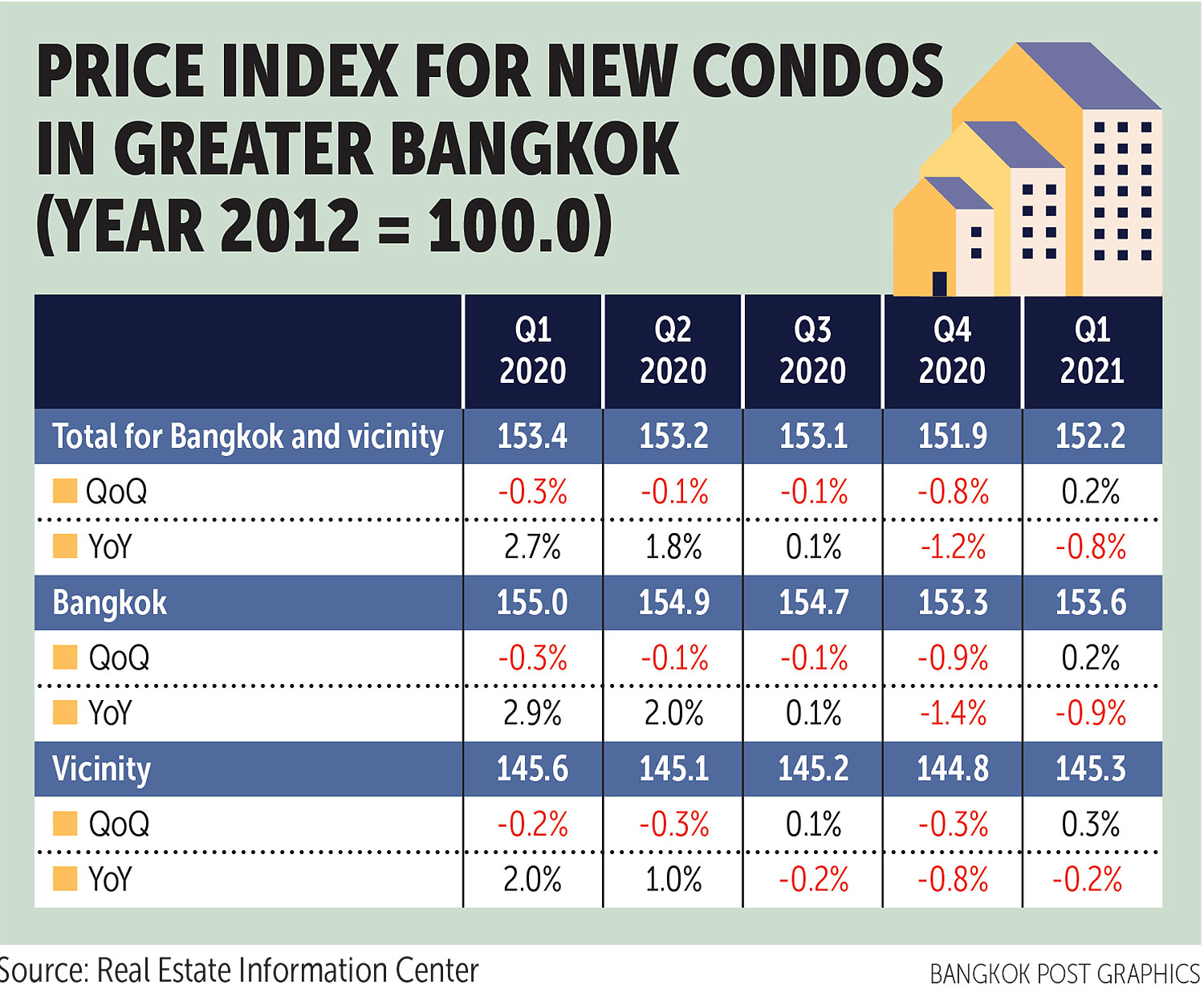 According to the Real Estate Information Center (REIC), the number of housing transfers for new condos priced lower than 3 million baht rose 1.1% from 2020 despite the pandemic.

“The drop in inventory led to an uptrend in the condo price index in the first quarter this year.”

The condo price index in Greater Bangkok rose slightly to 152.2 from 151.9 in the fourth quarter of 2020, the first increase in four quarters.

However, the index remained lower than the first quarter last year.

“This suggests the prices of new condos available in the market is focused on the same segment as last year,” said Mr Vichai.