The buzz around EVs is heavily focused on Tesla TSLA , which sells more EVs per hour than any other electric vehicle company in the world, and indeed more than BMW, VW and Renault put together. Tesla’s fortunes have made it the highest-valued car company in the world, and Elon Musk now the richest man in the world, overtaking Jeff Bezos. But while Tesla might be leading the charge for innovation, the huge Chinese market means that China makes 2.5 times as many cars as the USA, and this in turn means it’s a burgeoning player in EVs too. Not many Chinese EVs have arrived in the West, but they’re coming – and soon. Here are some of the brands and models to look out for, many of which could arrive in 2021.

After Tesla, the company that sells the most EVs per hour is BYD, which stands for Build Your Dreams. According to the McKinsey Electric Vehicle Index, Tesla sells 42 EVs per hour and BYD sells 26. It has a joint venture with Daimler to produce a brand called Denza, and its electric buses are in use in Scandinavia, with electric garbage trucks on the streets in California.

Tesla might sell the most EVs per hour, but there are lots of Chinese brands not far behind.

BYD has been a focus of interest in the US for over a decade, ever since Warren Buffett bought 225 million shares in the company back in 2008. By October 2020, Buffett’s original HK$1.8 billion ($232 million) investment (a 25% stake) was worth HK$35.2 billion ($4.5 billion), a near-19x increase that further underlines how shrewd he is with his money.

The BYD portfolio is huge, but the two cars that are currently most worthy of attention are the Tang and Han. The Tang SUV was introduced into the Norwegian market in July 2020, costing around $71,000 in that country while offering a 313-mile range and 0 to 62mph in 4.6 seconds. Considering the size of the Tang, it’s in a similar class to the Tesla Model X and with similar performance but for money more in the same ballpark as the Model Y. 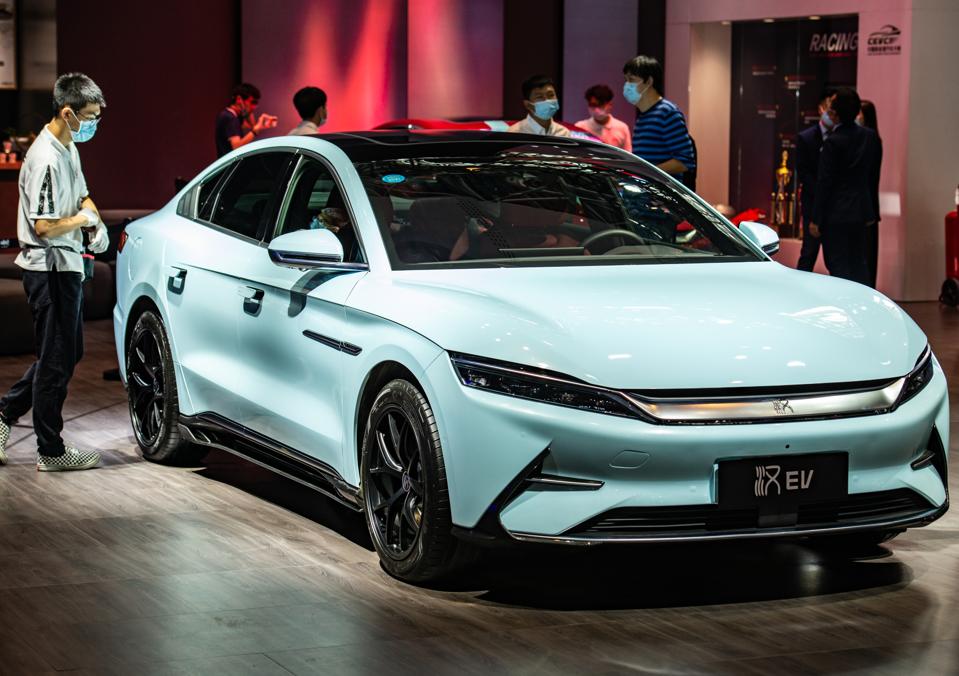 The BYD Han has been selling like hot cakes in China since it was launched, and will likely arrive … [+] in Europe and the USA very soon. (Photo by Li Yu/VCG via Getty Images)

The Han, on the other hand, is a “mid-sized sedan” in a similar class to the Telsa Model 3 that was released in China in July and is already outselling its Chinese rivals. There are various versions of the Han, including a plug-in hybrid, but the top all-electric model can reach 62mph in 3.9 seconds, which isn’t far off a Tesla Model 3 Performance and beats the Long Range version (unless you apply the Acceleration Boost option). The Han uses Lithium Iron Phosphate (LFP) “blade” batteries, which are safer and cheaper than Lithium Ion, as well as containing zero cobalt. It only costs $40,000, although that is in China. BYD has shown this car off in Germany but hasn’t revealed plans to sell outside China yet, but we expect at least an announcement this year.

The company selling the third most EVs every hour is BAIC (18 per hour), with a variety of electric cars available under the BJEV brand, which isn’t widely known outside China. Some of these might be entering the European and American market, but BAIC hasn’t unveiled any official plans just yet. However, BAIC’s Arcfox brand has stated that it plans to sell its ECF SUV, created by former head of VW design Walter de Silva, in Europe. Even more excitingly, the Arcfox GT electric supercar is destined to arrive in Europe. The plan was to unveil both in the first half of 2020, although it appears that the pandemic has delayed those intentions considerably, with a 2021 launch expected instead. 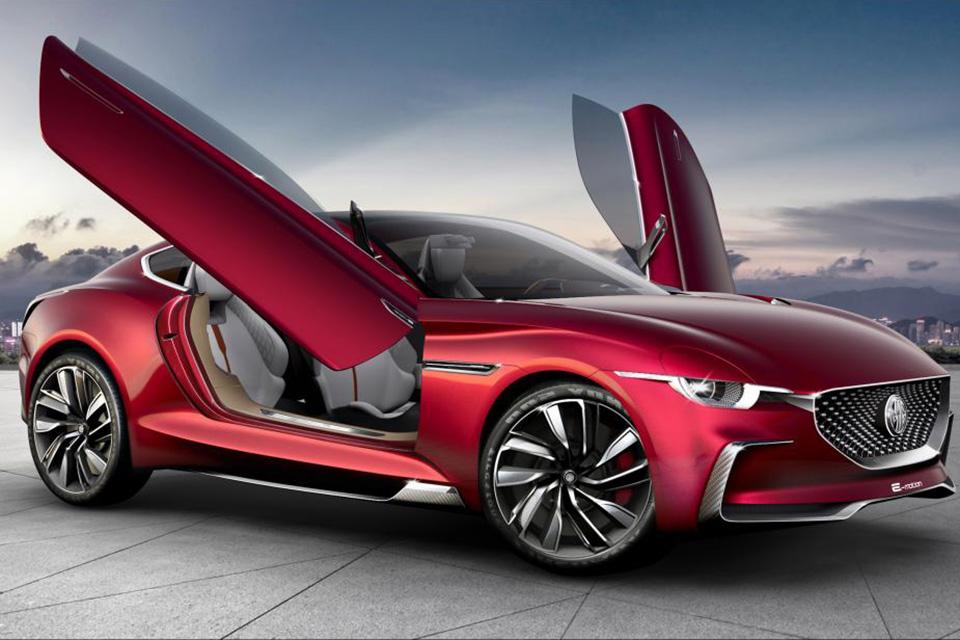 The MG E-Motion concept is a Chinese EV that exudes style.

Westerners probably haven’t heard of SAIC either. The company owns the Maxus and Roewe brands in China, which haven’t emerged from that country. But SAIC also purchased the British brand MG and has already had considerable success selling EV models under that marque in the UK, including the MG ZS EV and MG5 EV. The latter is the first electric station wagon / estate car and was available from dealers for as little as £21,000 ($34,000) soon after launch. But that’s only the beginning, with a small cheap EV allegedly on the cards. The most exciting MG car that could arrive in 2021, however, is the E-Motion. This swooping concept might not have its gull wings in production, but it has been suggested that it will cost under £30,000 ($41,000), which is entirely possible given MG’s track record. 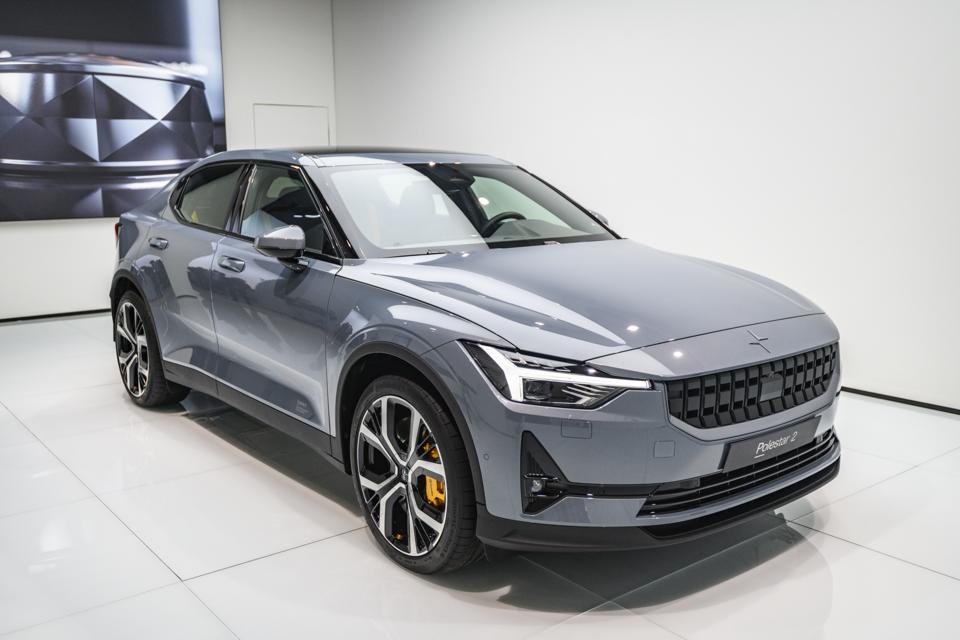 The Polestar 2 is a Chinese-made EV that is already on sale in the USA and Europe, and it’s … [+] brilliant. (Photo by Sjoerd van der Wal/Getty Images)

We won’t be seeing any cars branded Geely, but its various sub-brands are already all over the world. These include Volvo, Polestar, Lotus, the LEVC taxi company and Malaysian car maker Proton. The Polestar 2 is essentially a Chinese car under a Volvo performance brand, and it has arrived to generally very positive reviews. Volvo has strong EV plans, and already produces an electric version of the capable XC40 Recharge. But this is still made in Europe (in Belgium). The Polestar vehicles are made in China, and although it’s not a cheap car, it illustrates how far Chinese manufacturing has come. This is a quality car with very competitive range and performance, and further improvements are expected in 2021.

The current best-selling car in China is the Wuling HongGuang Mini EV, which costs an incredibly low $4,200. The Mini EV can only do 62mph and lasts a mere 124 miles on a single charge, but you might not need or want more in a suburban or urban environment. Wuling doesn’t appear to have any plans to sell the Mini EV outside of China, but it shows what kind of rock-bottom prices could be unleashed in Europe or the USA, even if higher safety regulations in those regions would push the cost up. If Wuling does release the Mini EV in Europe or the USA in 2021, it could be the cheapest EV around by a very large margin. 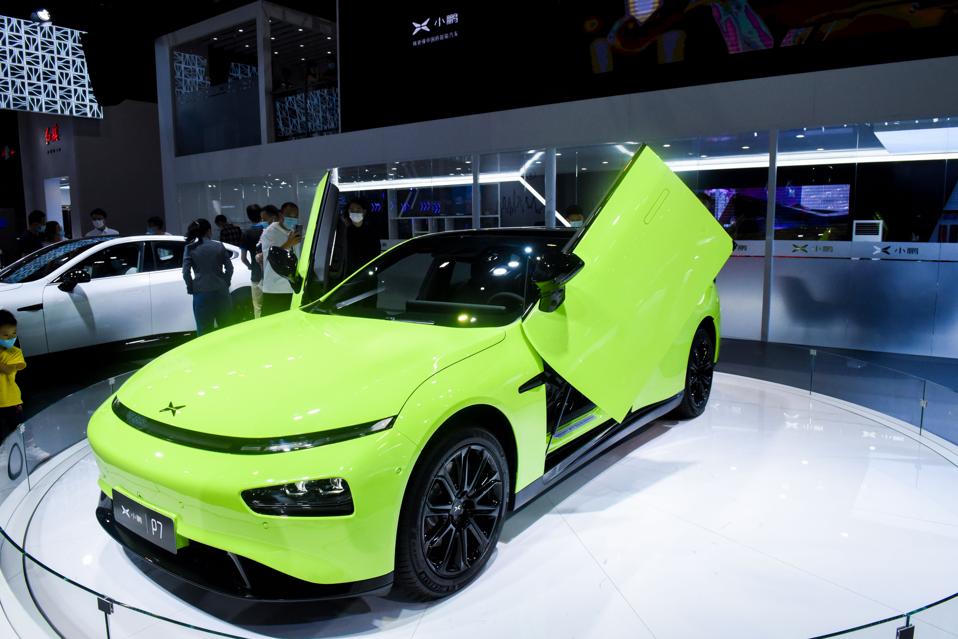 The Xpeng P7 offers performance and range to rival the Tesla Model 3, for less. (Photo by Ou … [+] Jinwei/VCG via Getty Images)

Although most of the attention on Xpeng has been directed towards the P7 sedan, the G3 SUV has been the first model to ship in Europe. There are already 100 G3s in Norway, a country with the most EVs per capita of anywhere in the world. The G3 has a 282-mile WLTP range and price starting at 358,000 NKr ($42,500). A lot of manufacturers use Norway as a testing ground, as illustrated by BYD focusing on the country for its first Tang deliveries. If things go well, expect to see Xpeng roll out the G3 elsewhere in Europe and in the USA, with the P7 soon to follow. The P7 starts at $35,500, offers a NEDC range up to 440 miles, and 0-60mph in 4.4 seconds for the fastest model. The company is also touting its Xavier self-driving system, which it hopes will rival Tesla’s, although that seems unlikely considering Tesla’s lead in this area. But the Xpeng P7 certainly has potential to rival the Tesla Model 3 for value and overall ability.

This is only a small company, selling a few hundred EVs a month in China, but it has already arrived in Europe. The company’s highly affordable ($28-42,000) U5 SUV has rolled off the cargo ship to become a rental option for Hertz Corsica. Since July 2020, 500 Aiways U5 cars have been available to rent on the island. The U5 offers 204hp and a 250-mile range – perfect for a land area that is only 52 miles long. It has been possible to order a U5 in Europe since April 2020, but none have been delivered beyond the cars in Corsica just yet. 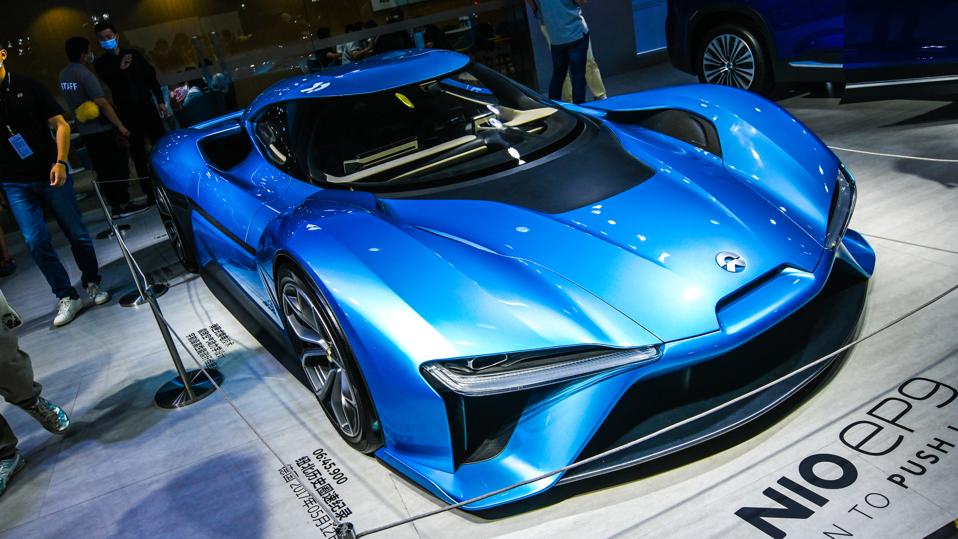 The NIO EP9 showed what Chinese EVs could do, but its ES6 is likely to be the car that really puts … [+] the brand on the map outside China. (Photo by Gao Yuwen/VCG via Getty Images)

NIO is a brand you may well have heard of. Its stock is now traded on the NYSE, and has been steadily gaining value, up to nearly $59 a share from just under $10 when it was first listed in September 2018. It has also sponsored a Formula E team since the racing championship began. NIO’s halo vehicle is the EP9 hypercar. However, it plans to bring some of its more everyday cars to Europe in 2021, including the ES6 SUV. There are rumors that this car will come with a 150kW battery pack enabling it to have a NEDC range of over 500 miles. That would really put the cat amongst the pigeons and help combat all those naysayers who go on about how their fossil fuel vehicles can go much further on a single tank.