China is opening to the world again, but the world’s hearts and minds are closing to China. Sino-U.S. “decoupling” will be costly for the U.S., requiring expensive investments and imaginative reforms to offset. The same is true for China—only more so. If other advanced economies also pull away, China’s prospects will darken sharply.

China’s economy and exports have surged back thanks to its successful, early control of the pandemic. But this early success conceals worrying structural shifts in the global political environment. Anti-China sentiment among China’s largest trading partners is up dramatically. A full 71% of Germans, 73% of Americans and 75% of South Koreans surveyed by Pew Research this summer had a negative impression of China. Foreign direct investment has held up so far—but that could shift once the rest of the world is back on its feet. American companies are sharply less optimistic on China’s five-year outlook since 2018, according to the American Chamber of Commerce in Shanghai. 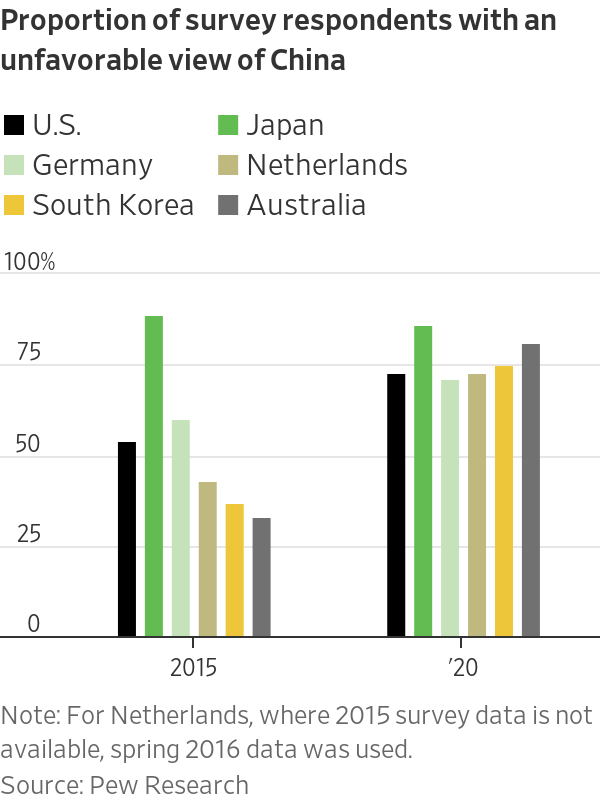 Oxford Economics calculates that significant economic decoupling with the U.S. alone would entail a roughly 8% smaller Chinese economy by 2040 than otherwise expected. If other advanced economies join the bandwagon, that could mean a 17% smaller economy. There is little sign of such a concerted effort now—but that might change with a more multilaterally-minded White House, or if the bilateral investment treaty long under negotiation between Europe and China falls apart.

Beijing’s heavy-handed tactics on its periphery, especially against the Uighur minority in Xinjiang, could also trip up potential areas of cooperation like climate change. An October report from S&P Global highlighted that about a third of global polysilicon, used to make solar panels, came from Xinjiang last year.

Beijing’s new plan to offset all this, memorialized in its obscure-sounding “dual-circulation” strategy, is twofold. First, it is selectively opening up the economy to entice foreign companies to stay put, most notably in automobiles and finance. New rules doing away with some joint-venture requirements have already elicited investments from companies such as Tesla and
JPMorgan Chase.

Second, it is marshaling enormous resources to unlock domestic consumption and its own ability to produce high-tech goods—especially information technology like semiconductors—to substitute for closing overseas markets and restricted high-tech imports. 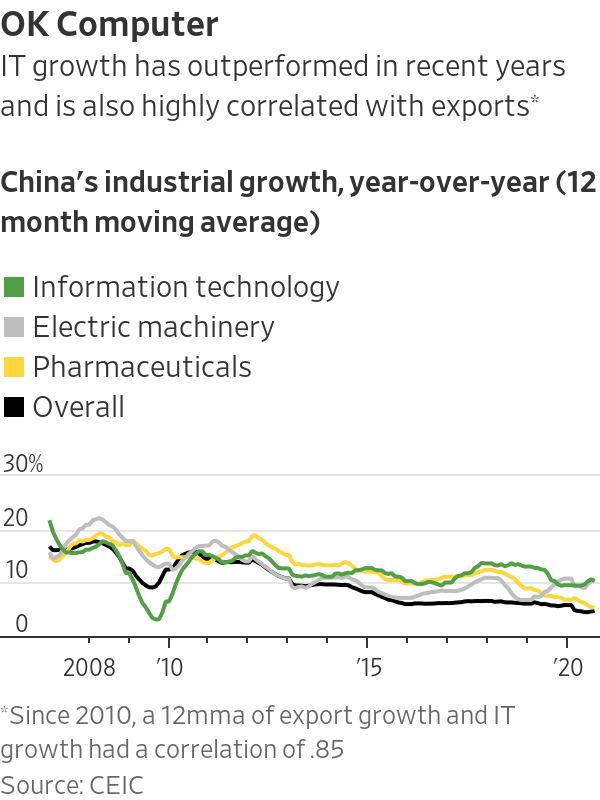 This makes a certain amount of sense. A November 2019 International Monetary Fund working paper found China’s information and communication technology, or ICT, sector has experienced by far the fastest productivity growth of all Chinese high-tech industries in the past two decades: Labor productivity in ICT as of 2015 was roughly twice as high as in medicine, the second most productive high-tech sector. ICT products are also overrepresented in China’s exports, and foreign companies are heavily invested.

But this also makes the sector vulnerable to overseas pressure. A coordinated effort to target China’s ICT exports among advanced economies would be immensely costly for companies like
Apple,
but probably disastrous for China. On the other hand, moving more capital and labor into the ICT sector, as Beijing clearly hopes to do, could raise the economy’s overall productivity if done right.

Chinese companies are already amassing a formidable war chest: Listed firms in “strategic sectors” will raise about 1.2 trillion yuan, equivalent to $179 billion, of new debt equity and finance this year, according to Gavekal Dragonomics. Numbers like that should make Western and Asians competitors nervous.

The tech battle between the U.S. and China has battered TikTok and Huawei and startled American companies that produce and sell in China. WSJ explains how Beijing is pouring money into high-tech chips as it wants to become self-sufficient. Video/Illustration: George Downs/The Wall Street Journal

Nonetheless, the question is whether that money will be well spent, particularly without the competitive discipline of export markets. In the past, Chinese companies in industries considered strategic have used that label—and the implicit or explicit state backing it comes with—to raise massive sums and then plow them into enormous new capacity in a race to undercut competitors.

That pushes margins lower for everyone, makes real investment in research more difficult, and often results in “zombie” firms that hang around sucking up resources long after their useful life has ended thanks to local—or central—government support. Recent examples include steel, solar panels, electric vehicles, aluminum and robotics. And this time, Chinese companies won’t have the option of exporting their way out of trouble. 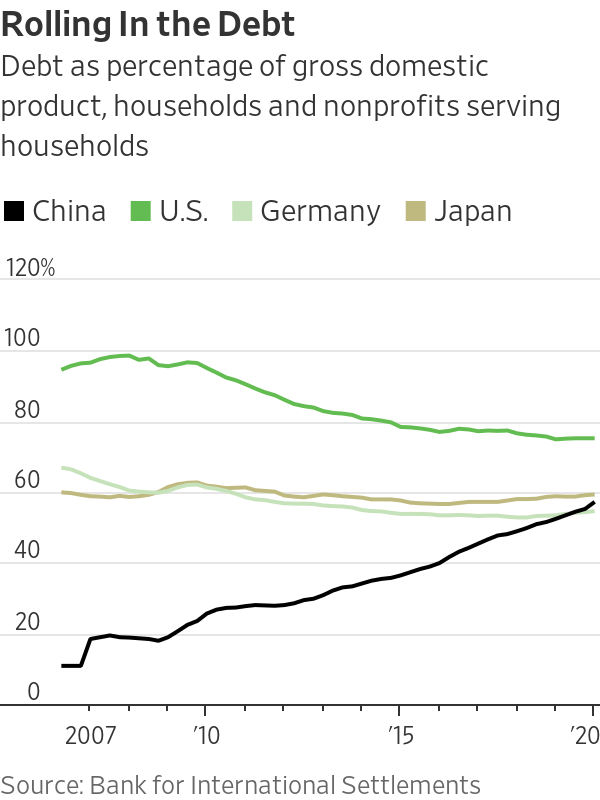 Reforms of China’s bankruptcy system in the past decade have helped mitigate this problem, but only partially. The pervasive distortions in China’s credit markets benefiting politically favored companies show little sign of disappearing. Allowing even more bankruptcies and a sharply higher cost of capital for state firms could impinge on other priorities—like social or financial stability and local government finances—that Beijing may still be reluctant to sacrifice upon the altar of efficiency. And heavily indebted consumers may struggle to support the big expansion of domestic demand envisioned.

Overall, Beijing’s dual-circulation strategy is a risky bet for a country that has thrived on an integrated global trading system. The essence of the gamble is that Chinese markets can replace foreign ones without a gargantuan loss of efficiency—and that foreign companies will continue to ignore human-rights abuses and growing uneasiness at home in exchange for concrete but limited market openings. On both counts, that looks like a bet that could easily go wrong.

Write to Nathaniel Taplin at nathaniel.taplin@wsj.com